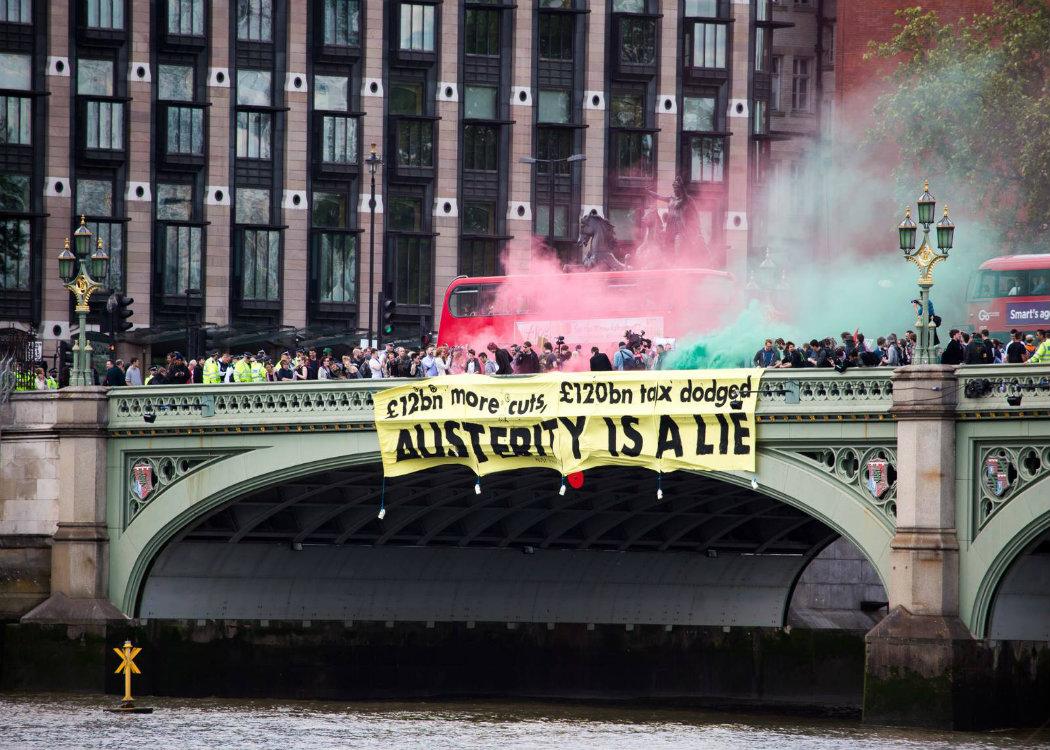 A HUGE CHASM between the focus of the media and the impact of government policy has opened up just days after Jeremy Corbyn became leader of the Labour Party.

Despite a crucial vote in parliament which will slash financial support for millions in low paid work, the majority of major news organisations are leading with criticism of Jeremy Corbyn’s silence during the British national anthem.

Total cuts of PS4.4bn involve a freeze for in-work social security support. The income threshold for receiving tax credits will be reduced in April 2016 from PS6,420 to PS3,850 .

Around 4.5 million people claim tax credits, all of whom will be hit by the freeze and change in conditions. The requirement to earn under PS3,850 means that only the very poorest of part-time workers will be eligible for tax credits.

Parliament backed the measure by 325 votes to 290 yesterday [Tuesday 16 September].

Seema Malhotra, the new shadow chief secretary to the Treasury, commented: “These cuts to tax credits hit working families in every constituency and were to be sneaked through the back door.

“This is a political decision made by the Chancellor that is set to see over three million families lose an average of PS1,000 a year. It is ideologically driven, it is cynical and it will directly increase levels of poverty in Britain.”

The government defended the cuts as a trade off with its promise to increase the minimum wage. Treasury minister Damian Hinds said the Tories were combatting low pay, and had raised the minimum wage faster than Labour did in government.

Despite this crucial vote, which anti-poverty charities fear will increase the number of children on the breadline, the main media focus of the day fell on Jeremy Corbyn’s singing skills.

All major London papers focused on whether Corbyn standing in what he viewed as respectful silence during ‘God Save the Queen’, was offensive.

Labour MSP Neil Findlay said it was “pathetic and sad” that “working families lose millions of pounds in tax credit cuts – but all the press care about is a song”.

Gillian Martin, SNP candidate for Aberdeen East, added: “So tax credits get cut meaning families face penury. And pretty much every news headline is about a bloke not singing a song. Good grief.”

Freelance journalist James Doleman mocked the agenda of the main press groups: “Tax credits for the poor being cut is just too unsexy for the media. Let’s talk about someone not singing a song.”

In his first three days as Labour leader Corbyn has faced a press barrage of accusations and criticism.