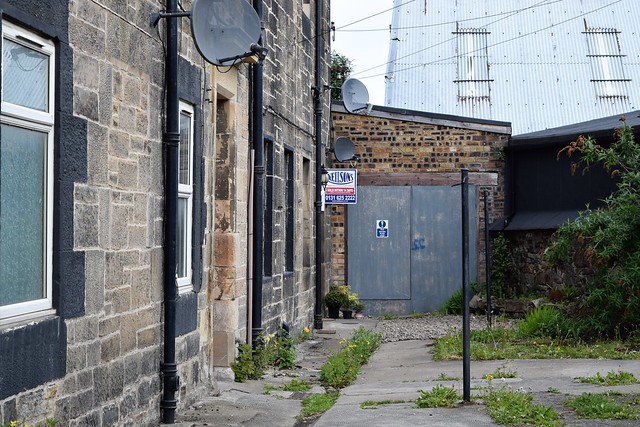 Ashley Graczyk, independent councillor for the Sighthill-Gorgie ward in Edinburgh, says that the planning system has clearly not been delivering for local communities for a long time – but government continues to prevaricate on serious reform

TO HIGHLIGHT the impact of recent planning issues in my ward, Sighthill-Gorgie, there has been four student development proposals this year, and the proposals were for 38, 121, 122 and 394 student developments. These proposals amounted to a total of 675 accommodations in Gorgie Dalry area alone and for students only, while everyone else in the community with housing needs are excluded, even students who are married and/or have children are excluded.

Meanwhile, the total planning proposals for affordable housing for the whole of Sighthill-Gorgie ward this year is zero, nada, nil. Even more depressingly, another major student development proposal for a large site in Gorgie area has just landed on my desk recently, mind you, it is mixed use, but it’s predominately for student use.

The local Gorgie Dalry community have put a lot of time and immense effort into challenging two planning proposals (so far!), Scotmid Gorgie Road and Richmond Terrace, which have now been withdrawn. But the local community also knows that all the developers need to do is make tiny tweaks to their planning proposals and appeal should local Councillors vote their proposals down, and the fight starts all over again, including submitting comments on the planning portal despite having already done so. Or if the appeal fails, sometimes they go running off begging to the Scottish Government Minister (who doesn’t even represent or live in Edinburgh) who sometimes decides to ignore the democratic vote of elected councillors. We also have no Equal Rights of Appeal, or any new community empowerment in the planning process. Oh, and we have another three planning proposals to go.

I am concerned that these developments are being prioritised over sustainable, genuinely affordable accommodation, which could be open to both students and non-students. I believe students also need and desire affordable, habitable, rent-controlled housing.

The City of Edinburgh has a housing crisis because the reality is developers are not interested in providing the housing the City really needs because they are driven by profit margins, not public service. And so many available homes are being converted for short term let use.

In MSP Andy Wightman’s recent opinion piece in the Scotsman, ‘Scotland just missed a chance for Scandinavian-style land reform’, he said: “The SNP and Conservatives joined forces to pass a “Tory-style Planning Bill” that means communities will have to wait for the means to govern themselves.” This resonated immensely because it confirms my experience in Sighthill-Gorgie ward.

Instead of protecting the public’s interest and being motivated by public service, the SNP and Tories MSPs have voted to prioritise centralisation and the needs of short term let lobbyists, developers and landowners at the expense of local communities and councillors. In other words, they deliberately chose to deny the Scottish people the means to govern among ourselves in our local communities in the form of local democracy, fairness and community empowerment in the planning process.

The Scottish Government has reported that between 2010 and 2018, the average rent for a two-bedroom property in Lothian increased by 42.3 per cent, more than double the rate of increase in Scotland, at a time when the incomes of low earners have hardly risen in real terms, and it is driving tenants deeper into poverty.

I’m also concerned with the Conservative’s amendment (which the SNP MSPs also voted for) regarding designated ‘short-term let control areas’ because it is subject to regulation yet to be seen and to a Ministerial sign off. Just like Rent Pressure Zones, it is likely to be an unworkable fudge and no Scottish Council will be able to use them. MSP Andy Wightman’s amendment was a far better solution.

It genuinely baffles me that there doesn’t appear to be any sense of urgency from the Scottish Government or the SNP MSPs to address this housing crisis. Tenants are in desperate need of being represented by politicians motivated by public service instead of pandering to the corporate elites as many tenants do not have the luxury to wait years for the Scottish Government to reform short term lets and rent control zone plans which should have been addressed and implemented by now.

The City is crying out for more affordable homes, the Scottish Government needs to act or consider devolving and making planning autonomous at Scottish Councils, so Councillors, who actually live and represent communities in local areas, can properly address these issues. Also, much more needs to be done in policy to encourage developers to put forward planning proposals that will prioritise the needs of local people and communities rather than maximising profits at the expense of other people’s misery in struggling to make ends meet to afford their own homes.