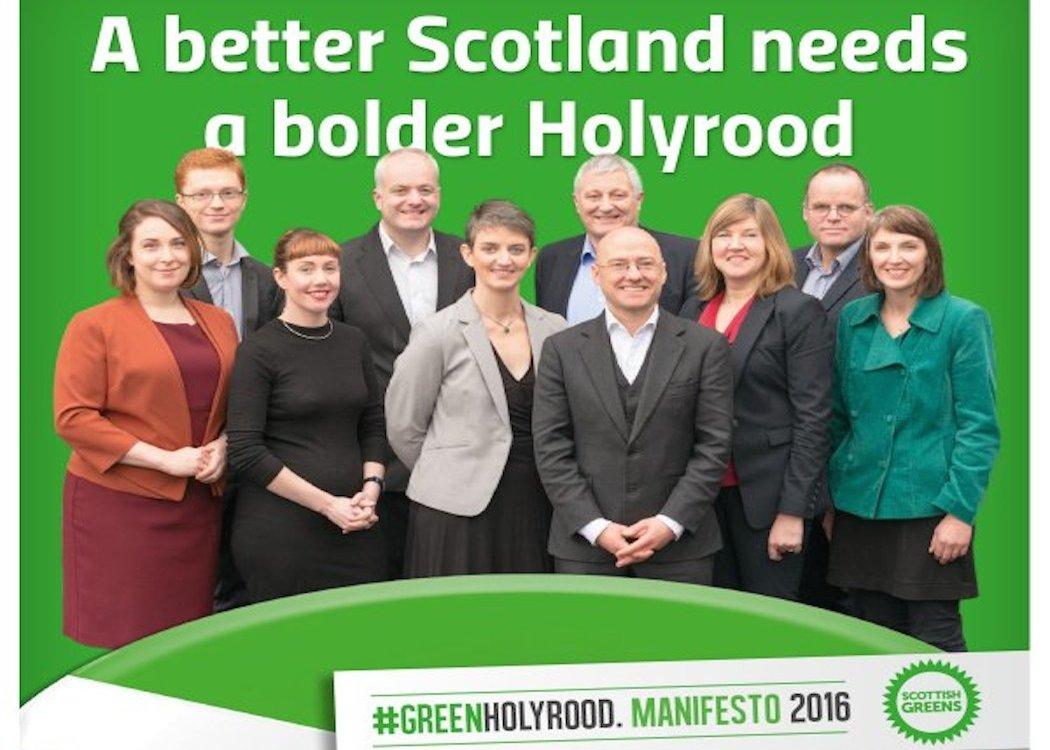 Party pledges that jobs, tax and public services will form the Green agenda in parliament

TAXATION AND THE ECONOMY would be the ‘Green lines’ for any Scottish Green Party MSPs after the election, according to co-convener Patrick Harvie.

The Green manifesto, published yesterday [Tuesday 12 April] aims to develop the party’s image beyond its traditional environmental roots towards a wider audience of voters.

Claiming to confront the “scourge” of inequality, the manifesto aims to redistribute wealth and empowering communities to take greater economic control.

The Scottish Greens top manifesto claim is that 200,000 jobs can be created in Scotland’s sustainable industries. A range of new energy sectors – renewables, decommissioning, energy research – are listed alongside diverse areas like construction, creative industries and tourism as the source of this jobs figure claim.

Replacing the council tax and overhauling the UK income tax system would redistribute wealth and create more income for public services, according to the party.

Both changes would lead to more tax being paid by the highest earning and those in the most expensive homes. Those in low council bands or earning under PS26,500 would receive a tax cut.

The Greens claim that its housing policy is “radical” with plans to reduce the profit making and asset inflation that has created an unequal housing market.

Rent controls, reducing land costs, and building more social housing, would go some way to creating more stable homes and less exploitation in the housing sector, according to the manifesto.

Environmental groups have campaigned for extra investment in ‘active travel’ (walking and cycling) which currently makes up 2 per cent of the government’s PS2.2bn transport budget.

The Greens want more cycling and more walking, and so the party’s manifesto supports five-fold increase in active travel investment towards 10 per cent of all transport spending.

5) The next generation of land reform

The Greens published 18 policy proposals to create a more equal land system. This builds on the recently passed Land Reform Bill 2016, which provided a foundation for future action.

A redistribution of land ownership, reforming the housing market by reducing land costs, moving towards a land tax and reviewing inequalities in state agricultural subsidies are all prominent in the plans.

A Land Commission will soon be established in Scotland to push further land reform.

The Scottish Government have made modest attempts on drugs reform in relation to cannabis. The Greens would go further with full decriminalisation of “the cultivation and possession of cannabis for personal use”. Other “drugs that grow wild” would also be decriminalised.

7) A constitution for Scotland

Although Scotland voted against independence, the Greens believe it is still possible to create a national constitution from within the UK.

Taking inspiration from the Icelandic model (where a constitution was crowdsourced through citizens assemblies), the Greens propose constructing a “founding document” for Scotland’s democratic institutions and citizen’s rights.

8) Scotland as a global citizen

The most ambitious plans in the manifesto concern Scotland’s role in the world.

Currently Scotland has international trading offices, an aid programme with Malawi, some cooperation with the European Union, and takes part in discussions on nuclear disarmament, climate change, and refugee rights.

Greens want the Scottish Government to develop a full “diplomatic service”, seek observer status on international bodies “such as the United Nations, World Health Organisation and Nordic Council”, and support a boycott of countries involved in illegal occupations.