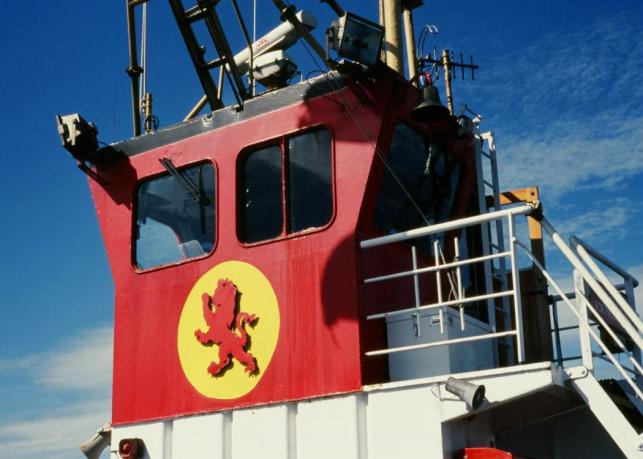 SCOTLAND’S FERRIES are in urgent need of a new long-term strategy despite public spending more than doubling since 2007/08, according to Scotland’s spending watchdog Audit Scotland.

A report published this week by Audit Scotland suggested that Transport Scotland – the arm’s length organisation that’s in charge of Scottish Government transport spending – does not know the extent of future spending requirements and whether it could be substantial.

Transport Scotland – which currently supports 32 ferry routes across Scotland through three principal contracts – spent more than £209m on ferry services and assets in 2016/17, an increase of 115 per cent since 2007/08. According to Audit Scotland, this is due to the rise in services, new boats and the Road Equivalent Tariff (RET) scheme helping to reduce fares for customers.

The report recommends that Transport Scotland improves the procurement arrangements after Audit Scotland found a weakness in the tendering process that awarded the contract to Caledonian MacBrayne last year.

“As it stands, Transport Scotland does not know the full extent of future spending requirements on ferry services and assets, and it will find it difficult to provide these services within its allocated budget.” Fraser McKinlay

Fraser McKinlay, Audit Scotland’s director of performance audit and best value, said:  “Ferries provide vital links for Scotland’s island communities and overall they are performing well. But it’s critical that they provide value for money at a time when all public spending – on the islands and the mainland – is under pressure.

“As it stands, Transport Scotland does not know the full extent of future spending requirements on ferry services and assets, and it will find it difficult to provide these services within its allocated budget.”

The report said that significant developments, such as cutting fares in the Northern Isles from next year, are not entirely costed, and that it was also not clear what kind of work is needed in harbours used to dock ferries across Scotland.

As a result, Audit Scotland is calling for an extensive new long-term strategy that will “determine and prioritise future investing”.

“We intend to bring our existing work into a single document with a consistent and over-arching strategy for all the ferry services supported by Scottish Government, to be rolled forward annually.” Humza Yousaf

McKinlay added: “With so many developments ahead, Transport Scotland needs to make important spending decisions.Its future investment priorities must be based on ferry users’ needs and good information on the benefits that services provide.”

Humza Yousaf, Scottish Government transport minister, said: “This Scottish Government was the first to undertake a comprehensive review of our ferry services, culminating in the publication of the Scottish Ferries Plan, which set out the way forward from 2013 until 2022.

“That document recognises the need to continually review our approach to providing these services and reassess the needs of ferry users. We intend to bring our existing work into a single document with a consistent and over-arching strategy for all the ferry services supported by Scottish Government, to be rolled forward annually.

“In the longer term, the next ferries plan will be a single long-term strategy document that is produced in the context of the National Transport Strategy and the Strategic Transport Projects Review. These are two of Transport Scotland’s most important pieces of work and will allow us to ensure effective co-ordination between ferries and other modes of transport. Details of the next ferries plan are currently being worked through, but it will be ready in advance of the conclusion of the current Plan in 2022.”

However, Jeanette Findlay, senior economics lecturer at Glasgow University, said that “there is scope for future ferry sector provision to be arranged under a different procurement process once Brexit takes place”.

“If one were to suggest what a gold standard [procurement] process might look like then it would definitely include the capacity for all stakeholders, which includes passengers and those employed on ferries, to be fully engaged in the design, delivery and monitoring of ferry services” Jeanette Findlay

Findlay, author of a report into the ferry tendering process across Scotland, told the CommonSpace that “If one were to suggest what a gold standard process might look like then it would definitely include the capacity for all stakeholders, which include passengers and those employed on ferries, to be fully engaged in the design, delivery and monitoring of ferry services”.

Findlay added: “I would argue that this would really only be possible with a public sector provider or some other community-owned model.”

Audit Scotland recommended in its report that Transport Scotland improve the procurement process after Caledonian MacBrayne was awarded the contract to run services on the Clyde and Hebrides ferry routes last year after being the only tender to bid for the deal.

Controversy dominated the process amid fears the service could be privatised after private ferry operator Serco expressed an interest. However, in the end its bid was deemed “non-compliant” by Transport Scotland after it failed to meet the criteria for the tender.

As a result, the report said that Transport Scotland was not required to analyse the 350 commitments made by the Gourock-based ferry company, which means that the new contract will not show “added value” to the service.

Yousaf said: “The Scottish Government maintains that the procurement of the Clyde and Hebrides contract was a success, leading to a winning bid from CalMac that contains 350 commitments to improve services. The process included the establishment of the first Independent Procurement Reference Panel to ensure it was fair, open and transparent.

“The procurement exercise has also picked up prestigious awards at Scottish and UK levels. As always, we will ensure lessons learned from this procurement will be taken into account in the future.”