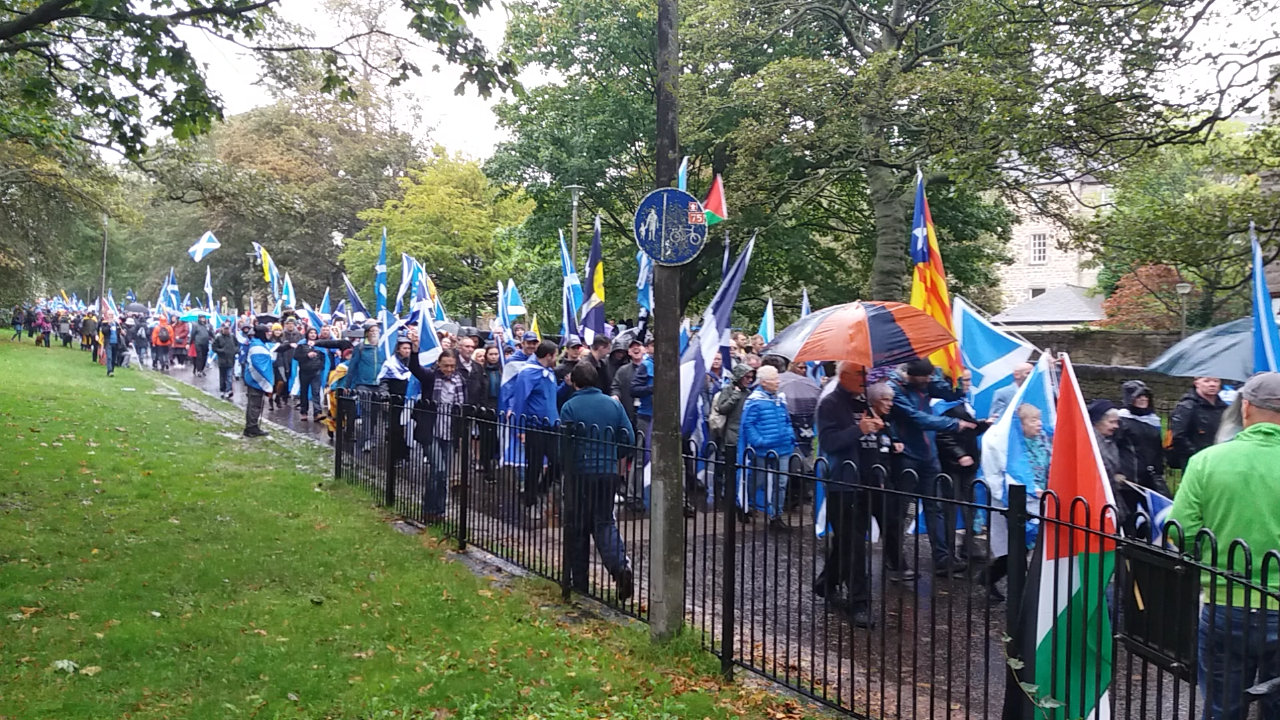 The march is thought to have attracted over 200,000 people

THE latest All Under One Banner march in Edinburgh last Saturday has been widely described as the biggest demonstration in support of Scottish independence yet, with many estimates placing those in attendance at over 200,000 in number.

On the morning of 5 October, the march received the support of First Minister Nicola Sturgeon, and achieved a massive turnout despite rainy conditions.

For those unable to attend, the march was documented through hundreds of social media posts. Below, CommonSpace brings you a retrospective on the day’s events.

Here’s the time lapse of the whole #Edinburgh march yesterday with chanting led by the next generation in one sustained audio extract (no looping). What a star! #AUOBEdinburgh #timelapse pic.twitter.com/wQfWYX9jlM

Despite the dreich weather, spirits appear to be high. On the Royal Mile. #AUOBEdinburgh pic.twitter.com/pGF9cbMtnM

Enjoyed marching through Edinburgh with @Radical_Indy and tens of thousands of independence supporters this afternoon. pic.twitter.com/tMMqouaQui

I honestly screamed when I saw this at the #AUOB march in Edinburgh. pic.twitter.com/F8T3bFBuk4