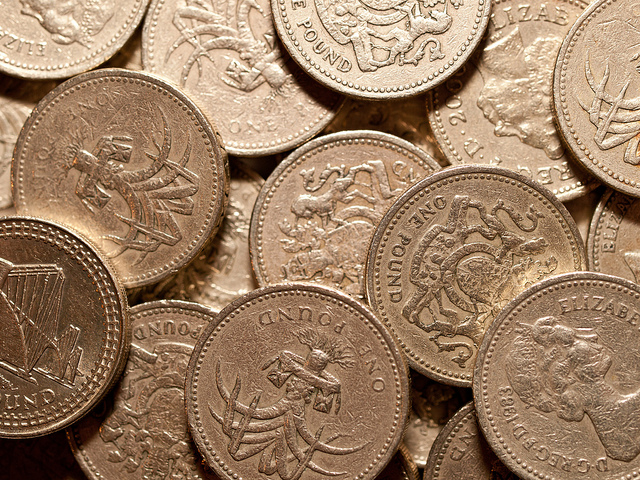 Australian economist Bill Mitchell has published an 8,000 word review of the Sustainable Growth Commission, arguing that its proposals on currency and fiscal policy are based on assertions not backed up by evidence and flawed understandings of key economic concepts, and would likely lead to damaging austerity and a shrinking of Scotland’s economy.

Mitchell, who is professor in Economics and Director of the Centre of Full Employment and Equity (CofFEE), at the University of Newcastle in Australia, wrote the review over two parts on his blog, the first examining fiscal policy on deficit and debt and the second on the proposals to continue using the pound sterling after independence.

The Growth Commission report proposed a three per cent limit on an independent Scotland’s deficit and a debt to GDP ceiling of 50 per cent, similar to the EU’s stability and Growth Pact rules, and Mitchell argued that these “ad hoc fiscal rules identical to those that have made the Eurozone unworkable.”

Mitchell adds that the Growth Commission does not justify the three per cent rule in the report, simply asserting that it is necessary, citing the originator of the three per cent rule, officer Guy Abeille in Francois Mitterand’s 1983 French Government, who said it was merely devised as a policy “with no other foundation than the circumstances of the day”.

Furthermore, Mitchell says, while the Growth Commission recognises the unsustainable build up of consumer debt in the UK economy and the UK’s growing trade deficit with the rest of the world, “there is no integration of the ‘fiscal’ discussion with other statements about the unsustainable private debt and trade positions.”

Mitchell explains: “If the Growth Commission is really concerned about the unsustainable private debt situation then it should understand that it is intrinsically linked to the external and fiscal sectors.

“When one digs into the data, it is clear that Scotland (if we calculated it as an independent nation) would be running a trade deficit despite claims to the contrary (Source).

“Its investment ratio as a per cent of GDP has been falling over the last 20 years as has the household saving ratio.

“In other words, trying to achieve substantial fiscal contraction in that sort of context would be extremely damaging to the prosperity of Scotland.

On debt, Mitchell criticises the 50 per cent public debt to GDP threshold, arguing that if it “was some defining threshold how do we account for Japan?”

Japan has a public debt to GDP of 253 per cent.

In Part 2, Mitchell looks at the Growth Commission’s primary argument for use of pound sterling in an independent Scotland – that Scotland and rUK are an optimal currency area (OCA). Mitchell claims that this is not true based on how OCA is defined by those who originated the concept

“In its original formulation”, Mitchell argues, architect of OCA theory Robert Mundell found that it was essential to have “a common risk-sharing structure so that fiscal policy can transfer resources from better performing to poorly performing countries without constraints.”

The requirement for both fiscal and monetary policy to be aligned and operating at a currency-wide level in an OCA is clearly at odds with what the Growth Commission proposes.

Mitchell argues that the Commission’s findings are “in denial” about “the capacities that a currency-issuer has”, which he argues go well beyond “setting interest rates”.

“Taken together it is difficult to argue that the newly independent government would be able to focus on its socio-economic-ecological objectives when its financial capacity to command the necessary resources lay in the hands of the non-government sector (especially private bond markets and banks),” Mitchell finds.

Mitchell also adds that it would not be “necessary nor an urgency” to redominate non-government sector assets, such as mortgages or pensions, in a new currency.

Mitchell finds that an independent Scotland would be badly affected by a recession in rUK under Sterlingisation: “A major British recession would impact directly on Scotland in three important ways: (a) its tax revenue in pounds would slump; (b) its ability to borrow in pounds to fund a rising deficit would be compromised; and (c) its export revenue would decline.

“From this state, the application of the fiscal rules proposed by the Growth Commission would force the Scottish Government to cut its spending for fear of running short of pounds.

“As a consequence its recession would be magnified and the Scottish Government could do little to avoid the damage.”

On the other hand, Mitchell writes: “With its own currency, the Scottish Government would always be able to implement counter-cyclical fiscal policy to offset any recessionary forces coming from the south via its close trade connection with Britain.”

Mitchell finds that the Growth Commission’s six tests on establishing a new currency “reads like an IMF Bible” and “are so ideologically-biased that Scotland might never pass these neoliberal hurdles.”

He concludes: “The Growth Commission recommendations are consistent with the mainstream neoliberal consensus of these issues. They are not conducive to the creation of a vibrant, progressive nation.”

The review comes on the back of a critique of the Growth Commission published by the Common Weal think-tank last week, which found that the proposals to use pound sterling would increase private indebtedness in the Scottish economy and would “work against” meeting the six tests laid down by the Commission to move to a Scottish currency.

The Growth Commission, chaired by corporate lobbyist and former SNP MP Andrew Wilson, was published on 25 May, and has led to widespread debate within the independence movement. Both Wilson and SNP leader Nicola Sturgeon have said they welcome debate on the report.