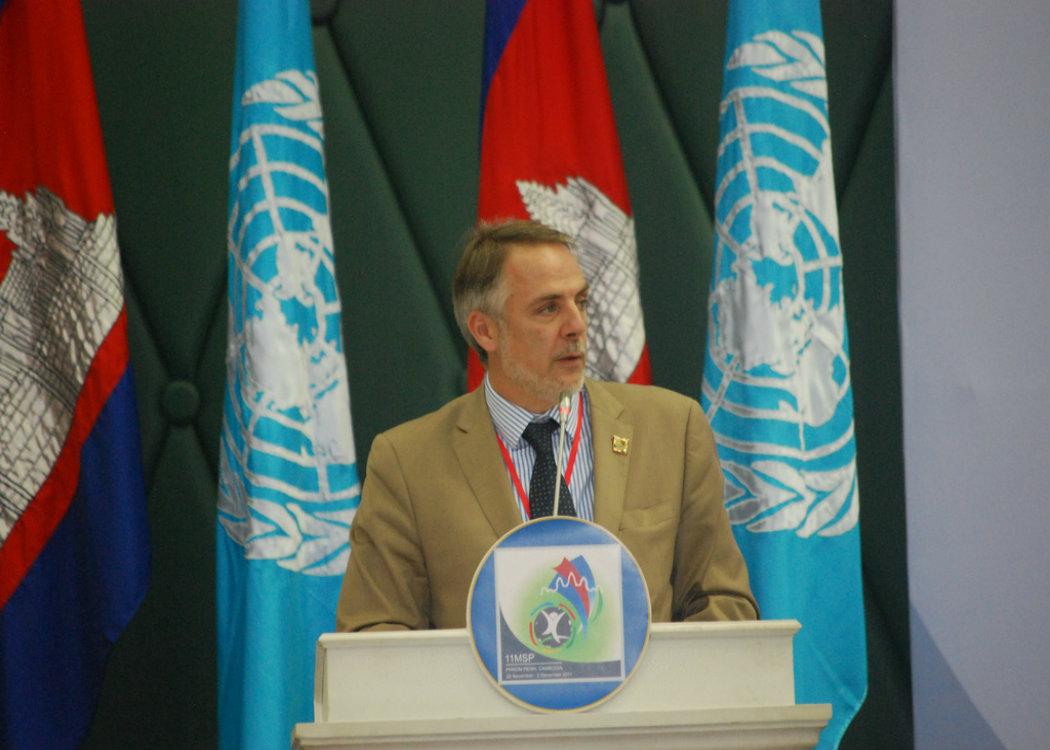 PRESSURE is building on nuclear weapons states to speed up their legal commitments to disarm their weapons of mass destruction, according to the Austrian ambassador for disarmament, arms control and non-proliferation.

Alexander Kmentt, speaking at the Scottish Parliament of a growing international movement to ban the weapons, explained to CommonSpace that non-nuclear nations are becoming impatient for change.

“The same is true for issues surrounding health impacts and the environment. Even the countries that do have nuclear weapons concede that the use of nuclear weapons would have a disastrous impact. It’s necessary to talk about nuclear weapons in these broader terms.”

Kmentt was a lead organiser of the third International Conference on the Humanitarian Impact of Nuclear Weapons, which took place in December 2014 with a record 158 states in attendance.

Over three quarters of the world’s states are now part of a process to eliminate nuclear weapons, and over 100 states have signed a statement led by the Austrian government in favour of abolition.

Increasingly, the UK Government and the other six nuclear powers are isolated within the field of international states and policy makers.

“There was an expectation that this would change after the end of the Cold War,” explains Kmentt. “But there hasn’t been as great a change as was expected, with the nuclear powers maintaining and updating their nuclear weapons systems.”

With Russia, the USA and the UK all looking to update delivery systems for weapons on mass destruction, the majority of countries in the world still face a substantial barrier to persuade nuclear states to disarm.

“It might be a generation long project. Certainly at the current rate of disarmament it will be a multi-generation project. But it doesn’t need to be. When nuclear weapons states make the decision to update their weapons it is a political decision. They don’t have to do it.

Janet Fenton from the Women’s International League for Peace and Freedom was hopeful that international action will have an impact on domestic politics in the UK.

Fenton compared renewing nuclear weapons in a world increasingly trying to ban them to buying a car in a town that is about to ban vehicles.

“The global community is saying that it is opposed to nuclear weapons. Although the dinosaurs in the UK establishment may try to hold out against that, it’s a pressure that will build and build,” she said.

Kmentt and Fenton were involved in a public event at the Scottish Parliament on Wednesday discussing progress for the peace movement both in Scotland and across the world.

First Minister Nicola Sturgeon recommitted herself to nuclear disarmament following the event, which focused especially on the relationship between gender and military policy.

The event coincided with UK Labour leader Jeremy Corbyn stating that the party will change its policy to oppose nuclear weapons if the Labour membership backs a motion to that effect during its October conference.