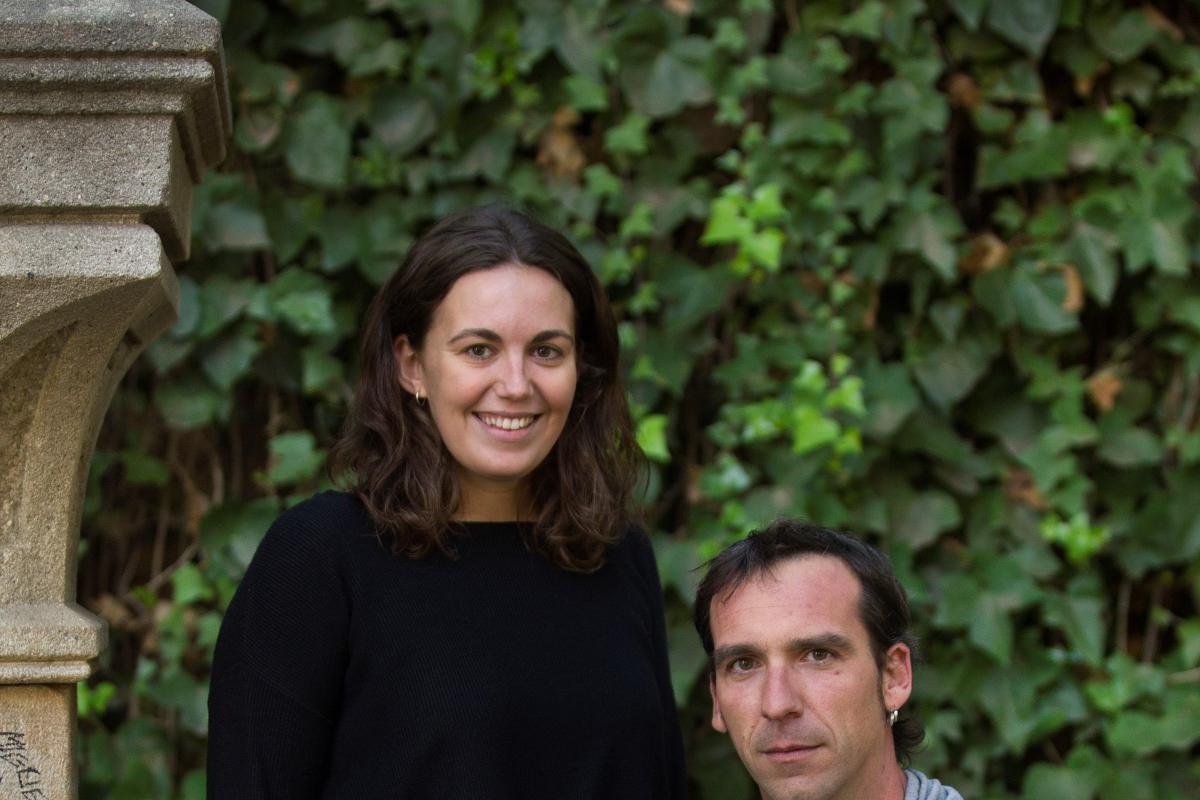 CATALAN JOURNALISTS Laia Vicens and Xavi Tedó, the authors behind a bestselling investigation into the planning of Catalonia’s 2017 independence referendum, have told CommonSpace that their findings demonstrate charges regarding misappropriation of funds against Catalan politicians like Clara Ponsati are groundless.

Published in Spain in December of 2017, Operació Urnes (Ballot Operation) – an exploration of the clandestine plot which allowed the Catalan referendum to take place despite being declared illegal – quickly became one of the year’s bestsellers. Now on its tenth print run, the book has sold over 50,000 copies, won the Prize of the Society of Professional Journalists in Catalunya, and became the most sold non-fiction volume during Catalonia’s recent International Book Day. Plans for publication in France and Quebec are underway, while negotiations continue for Scottish and German editions.

The book details the secret, pyramidical network of largely anonymous figures throughout Catalan society – an “army of invisibles” – whose efforts ensured the Catalan people’s right to self-determination despite the desperate efforts of the Spanish authorities, and reveals for the first time how they pulled it off.

Vicens and Tedó interviewed fifty such participants in the ballot operation, and are the only journalists so far who have spoken with the ‘mastermind’ behind the plan, known only as ‘Lluis’. Through their research, they discovered how ballot boxes were bought in China, smuggled into Europe, hidden in the weeks leading up to the referendum – often in people’s homes – and were secretly distributed throughout the territory ahead of the vote itself.

They have also claimed that their work, in concert with that of other journalists, proves that referendum materials – such as ballot boxes, ballot papers – were paid for by an as-yet-unrevealed “citizen”, and not by the Catalan Government, undermining charges by the Spanish Government that Catalan politicians such as Clara Ponsati are guilty of misappropriation of funds.

READ MORE: ‘No referendum can ever be illegal’: Clara Ponsati comes out fighting, as #SNP18 pass motion of solidarity

Explaining the meaning of their book’s revelations and what may lie ahead for Catalonia, Vicens and Tedó spoke to CommonSpace via a translator provided by their publisher.

The book’s genesis came about when the pair, both journalists for the Catalan newspaper ARA, wrote an article on where the ballots for the referendum had come from, and were subsequently contacted by a member of the ballot operation, who was suspicious of where they had got their information.

“So we met him; he said to us he was the person that had got the ballots of the referendum. He explained his history, and that was a very important story. We had to write the book because the story must be written, so that people can know.”

Regarding the ‘army of invisibles’, Vicens and Tedó say that while many were involved, only a few knew all of the details and interactions: “At the top of the pyramid, there are three people; then ten people more. But when the ballots arrived at the Catalan territories, there are hundreds of people. One of the men at the top of the pyramid told us that there are between 2-3,000 involved in the referendum.”

Given the unusual familiarity they have with the circumstances under which the referendum came about, how credible are the Spanish Government’s charges against those Catalan activists and politicians who have been arrested for their role in organising the vote?

“There are three charges that all these people who participated, in visible or non-visible ways, in the referendum process [are charged with],” say Vicens and Tedó. “Rebellion, sedition and misappropriation of funds. The first two, rebellion and sedition, imply a violent act.

“It has been shown – especially in the book, but also in other research – that the ballots were paid by a citizen, by a person, not a government.” Catalan journalists Laia Vicens and Xavi Tedó

“Concerning the third one, it has been shown – especially in the book, but also in other research – that the ballots were paid by a citizen, by a person, not a government.”

The Catalan referendum became infamous in the eyes of the world as a result of the widespread violence inflicted by Spanish authorities on voters in an attempt at suppression. Vicens and Tedó say that the referendum’s organisers were equally shocked, and did not expect any such response. The roots of such state violence, they say, lie in the failure of Operation Anubis, the Spanish Civil Guard’s attempt to dismantle the framework of the referendum, which saw Catalan ministries searched and 14 people arrested.

“The common knowledge here is that the Spanish police’s security department had failed in seeking the ballots for two months, and what we saw on 1 October was revenge. Most of the violence came from that revenge – for not being able to find the ballots, the papers, any of the things that were required to make the referendum.”

Subsequent Spanish legal reprisals against Catalan politicians driven into exile and sought by European Arrest Warrants, such as former Catalan president Carles Puigdemont, have shown that “the concept of rebellion in Spain is not the same in the rest of Europe,” Vicens and Tedó say, which is why attempts to extradite them have generally hit “a wall.”

“What we saw on the 1st of October was revenge.” Catalan journalists Laia Vicens and Xavi Tedó

“Their [the Spanish Government’s] concept of rebellion is not the same as in the German constitution, or in German laws, or Belgian laws,” they continue. “That is why some months ago, Pedro Sánchez, who is now the Prime Minister of the Spanish Government, said in a press conference that what he would suggest in future to change the concept of rebellion in the Spanish constitution, to make it equal to other constitutions in Europe. But this is something that will be in the future – it can’t be applied to past events.”

Given that any reform of Spanish law will not be applied retroactively, Vicens and Tedó warn that, if the Spanish Government “want to charge people that have been implicated in the process of bringing in the ballots and the posters to Catalonia” they can do so on the basis of collaborating in a crime.

While writing the book, neither the Spanish nor the Catalan governments obstructed their work, but as “very good investigative journalists” they were careful in their behaviour: “Not talking about any of the issues of the book on WhatsApp, or open sources online. Having all the interviews live, not having their mobiles on… We’ve been very cautious.”

Given that, Vicens and Tedó have written of the 2017 referendum as “an unquestionable victory of the citizens against the apparatus of the State”. What would make such a victory permanent?

“What the referendum showed is that it’s necessary to reach other people in the spectrum of citizens in Catalonia,” they reply.

Reaching out to such people, they recommend, should be done “on the Left, with social politics.” With this in mind, they endorse the proposal of the far-left pro-independence party CUP to “apply these social politics through the local governments, the mayors, because they reach more people, and it’s more difficult for the Spanish Government to go against 900 mayors than 60 members of the parliament.”

READ MORE: ‘Extolling terrorism’ in Spain: The Spider Operation and the persecution of freedom of expression

Finally, in light of the recent dramatic fall of the government of Mariano Rajoy, what effect do Vicens and Tedó think these changes in Spanish politics will have on the situation in Catalonia?

There is, they say, a difference between what they wish and what they think will happen. What they wish – “a common thing that everyone wishes in Catalan society” – is for those Catalan activists and politicians currently in Spanish prisons be moved “closer to Catalonia.”

“The other thing is, the best thing that could happen would be a referendum that has been agreed by the Spanish and Catalan governments, but that’s very difficult – we know that.

“What [we] think is going to happen,” they continue, “is that the things they [the Spanish Government] will change in the coming months will be things about the tone – the way the Spanish Government speaks with and to the Catalan Government and the Catalan people. What the last government, the PP, did was to send everything to the trials. After these past months, it’s clear that this is not the solution – it’s not helping the situation in any way.

“So what we expect is a change in tone, in gestures and manners. But what is not going to happen is an acceptance of the right of the Catalan people to decide their future. If the Spanish Government accepts that, it’s going to be against the rest of the [Spanish] parliament – and that’s impossible.” 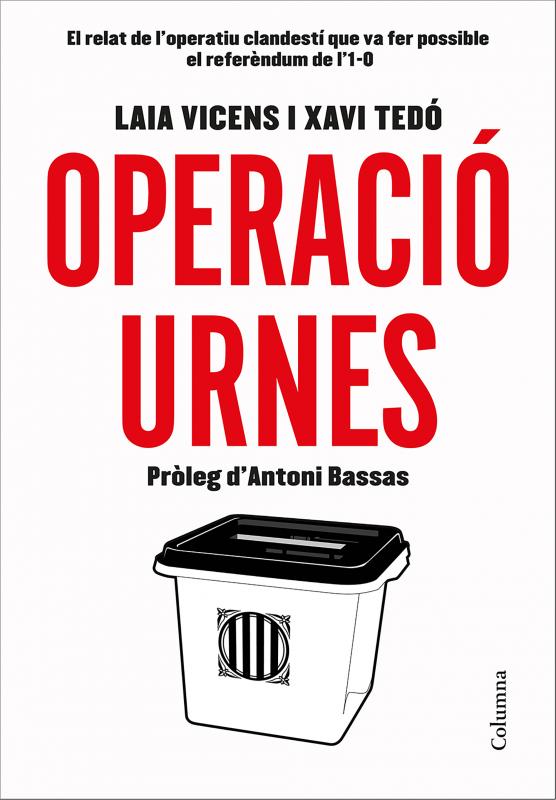