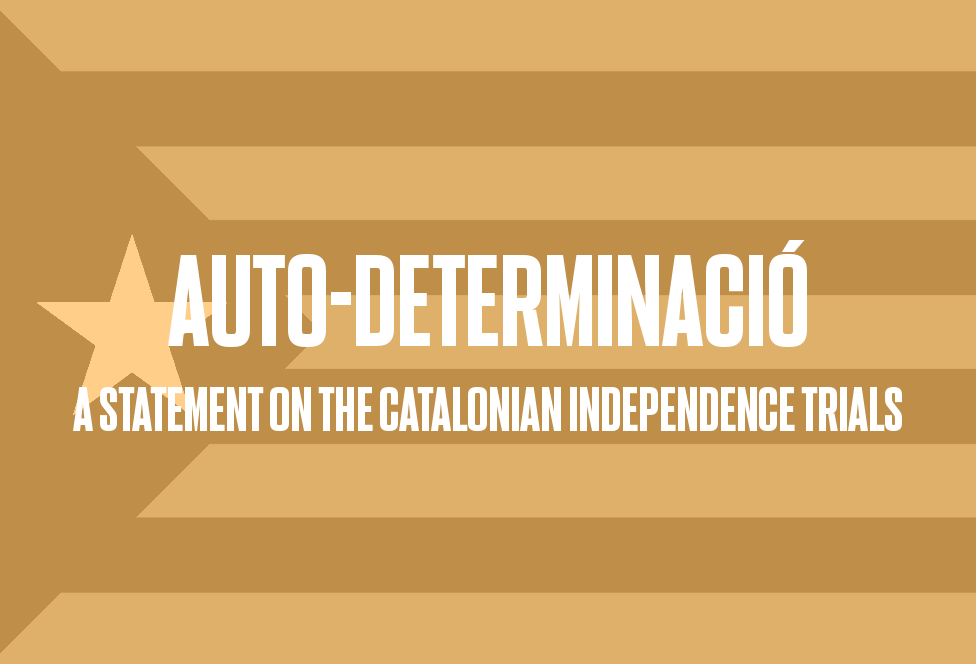 Common Weal’s statement in response to the imprisonment of the leaders of the Catalonian independence movement.

Today, the Spanish Supreme Court sentenced nine leaders of the Catalonian independence movement to multiple years in prison on charges of sedition and misuse of public funds. Common Weal has been following the case closely and is appalled by the flagrant contempt of democracy and democratic thought shown by the Spanish Government.

We have met several members of the Catalonian government and of the Catalonian independence movement over the past few years and were privileged to meet Òmnium Cultural whose president Jordi Cuixart who was today sentenced to nine years in jail for taking part in a pro-independence rally. His imprisonment in particular has been condemned by many organisations including Amnesty and the UN. Common Weal joins with them in our condemnation.

We call on Spain to release all Catalonian political prisoners and we call on the EU to step in to ensure that the democratic rights of all EU citizens are upheld. Spain will no doubt hide behind its unjust constitution but we at Common Weal understand that the purpose of a constitution is to ensure and protect democracy, not to act as an aegis against it.

We call on all governments in the EU, including the UK and Scottish Governments, to apply all possible pressure on Spain and we call on all of our brother and sister organisations in independence and autonomy movements throughout Europe to raise their standards in support of Catalonia and of the democratic rights of all of our causes.