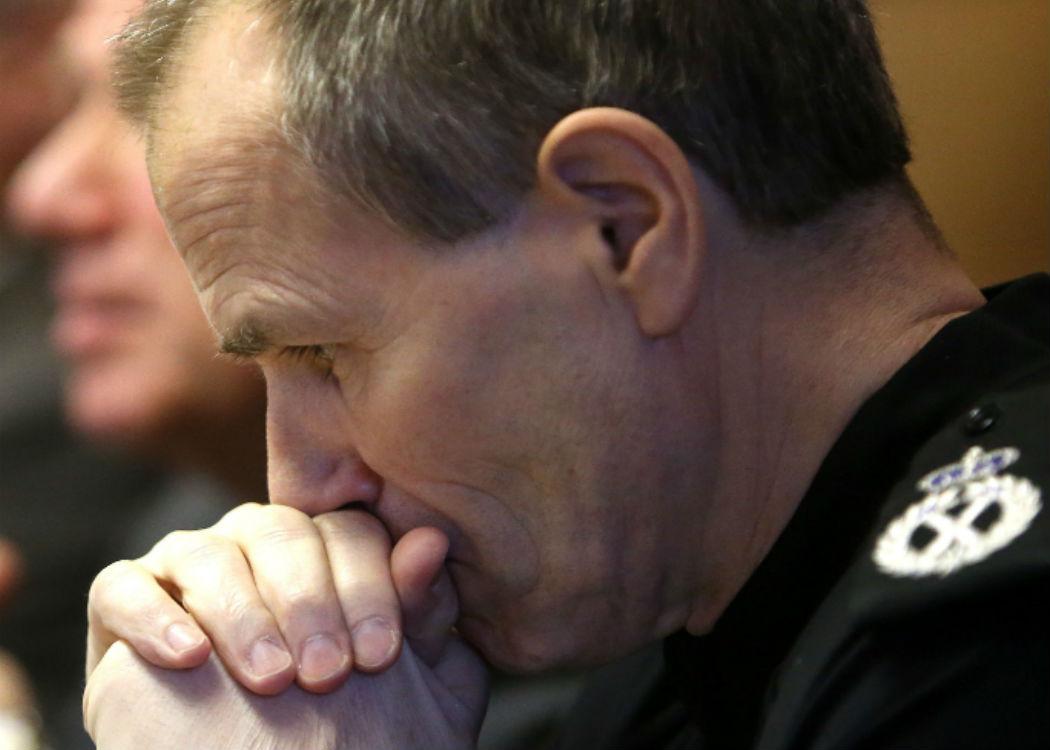 THE HEAD of Police Scotland is under increasing pressure after MSPs claimed his leadership style is autocratic and said the force is akin to an unreliable witness.

On Thursday, Sir Stephen House, the head of Scotland’s police force, was in front of the Scottish Parliament’s sub-committee on policing to answer for the latest stop and search scandal to embroil the force.

Speaking during the committee meeting, Labour’s Elaine Murray MSP said:”If a witness in an investigation changed their evidence as often and quickly as Police Scotland, they would be unreliable would they not Sir Stephen?”

During the testimony House claimed that errors in stop and search data released were due to 20,000 files being lost

House and the Scottish Police Federation’s Calum Steele also contradicted each other on whether police officers were set targets for searches.

Scottish Labour’s justice secretary Hugh Henry MSP said that it was clear there were “serious communication problems between senior management and rank and file officers.”

He continued: “The Chief Constable needs to act urgently so that both his staff and the public know the rules and understand the policies.

“He must also address the effectiveness of the IT system and officer training to eliminate the basic errors which are being made.”

The latest controversy follows figures released showing that Police Scotland has continued “consensual” searches on children under 12 despite assurances to parliament that this would stop.

The figures suggested that 365 children were searched by police but Police Scotland now says that its own figures are inaccurate and in fact only 18 of the searches were contrary to force policy.

The long-running controversy into stop and search, House’s signature policy, is only one of a number of challenges that Police Scotland has faced. The force was accused of a lack of oversight and accountability after the routine arming of police officers was brought in without any consultation.

Independent MSP John Finnie said House’s story about the records being lost was “bizarre” and blamed House for the recent mishaps of the Police.

Finnie said: “Following on from his early turf-war with the Police Authority, the mishandling of removal of traffic wardens and police counter closures, not to mention a change that saw armed officers in our towns and villages, I suggest to the Chief Constable that neither the duties of a constable or laws on stop and search had changed, what had was his taking leadership.

“The next meeting of the Police Committee is about the deployment of armed officers to routine police incidents and, in the absence of any meaningful local scrutiny and with the Police Authority, largely anonymous, it will once again fall on parliamentarians to articulate public concerns and scrutinise this powerful organisation.”

A Scottish Government spokesperson said:
“The Chief Constable has stressed that, while mistakes have been made around stop and search, Police Scotland will learn from them.”