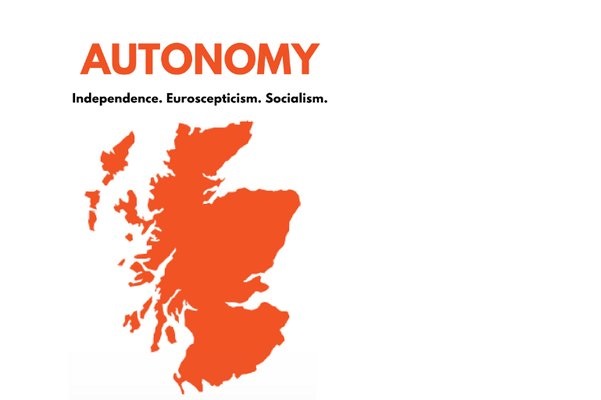 Autonomy co-founder Marty Smith: “What is up for grabs is what sort of independence we want”

A NEW group in the SNP advocating ‘a social Europe – against the European Union’ has been established.

‘Autonomy’ currently consists of 10-15 SNP activists in Glasgow, Dundee and Aberdeen, but has ambitions to grow into “the SNP’s Momentum”, according to one of the founders Marty Smith, a member of the party in Dundee.

Momentum is a left-wing group in the Labour Party which supports party leader Jeremy Corbyn, with 40,000 members.

Smith, an activist in the SNP in Dundee, said Autonomy wanted party leader and first minister Nicola Sturgeon to break the link between a future independence referendum and re-entering the European Union after Brexit. Just over one-third of SNP voters (36 per cent) backed a leave vote in the EU referendum.

“The big question is, what is the 36 per cent going to do in a future independence referendum? If a referendum is tied to EU membership, there is a danger they will vote no,” he said

READ MORE: In the spotlight: EFTA and the EEA – Scotland’s post-independence options

Sturgeon has been one of the most vehement critics of Brexit and the UK Government’s approach to the Brexit negotiations with the EU, but has not ruled out an independent Scotland starting life in the European Free Trade Association (EFTA), currently made up of Switzerland, Liechtenstein, Iceland and Norway, a position advocated by former leader Alex Salmond.

EFTA countries are in the Single Market but outside of the Customs Union and do not have a formal say on EU rules, but have more flexibility on economic policy over issues like fisheries, procurement and state aid.

Smith said that Autonomy was against full membership of the EU “but within that there is space for debate about what sort of relationship an independent Scotland should have with Europe”.

Smith said he personally was not in favour of EFTA as the single market “was formed to expand the control of big capital in Europe”.

“If you think the Single Market is essential you are saying that capitalism is the only workable system, that the needs of big capital are always fundamental,” he added

The Autonomy co-founder said the group’s aim was “to challenge the neoliberal economic model” which they believe is intrinsic to the EU, and which they were concerned was being planned by the party’s Growth Commission on the economics of independence which it has been reported is looking at New Zealand – an economy with high growth but a severe housing crisis – as a model to follow.

“What is up for grabs is what sort of independence we want,” he said. “In Autonomy we don’t want a neoliberal, New Zealand growth model, we want to bring power to the people, which means redistributing wealth, social ownership and rejecting the control of big capital which dominates the EU.”

Smith pointed to the examples of years of austerity and economic depression in Greece and the suppression of Catalonia’s referendum last year as examples where the EU has attacked social justice and democratic rights.

“We’ve seen what’s happened in Catalonia, we’ve seen what the EU has done to Greece – we don’t want that for an independent Scotland,” he said.

“I think there is a rise in Euroscepticism across Europe, and not just from the right – left parties like Podemos in Spain and Left Bloc in Portugal are taking increasingly Eurosceptic perspectives.

“This doesn’t get talked about enough in Scotland. There needs to be more debate in the SNP about the problems of the EU.”

The campaign to leave the EU was dominated by the Conservatives and Ukip with anti-immigrant sentiment playing a strong role, and Sturgeon has said the Tories are using the leave vote as a “license for xenophobia”.

But Smith said the dominance of the political right over anti-EU sentiment was “exactly why we need a Eurosceptic left”.

“We need to challenge and provide an alternative to the right,” he said. “We need to say that the EU is integrally racist, that we want a new Europe based on social cohesion and democratic values.”

READ MORE: Robin McAlpine: Why joining EFTA instead of the EU could be the answer for Scotland

The SNP’s policy in favour of EU membership is firmly established, but some figures – including former health and social justice minister Alex Neil MSP and former deputy leader Jim Sillars – have come out against EU membership.

Smith was clear that Autonomy, which he said was made up of SNP activists rooted in grassroots campaign groups like the Radical Independence Campaign and the Aberdeen Independence Movement, would be seeking to address wider issues than just the EU.

“Our aim is to shift party policy to the left. We want to put pressure on the SNP hierarchy to take better positions on lots of issues – we want to be out of Nato; the SNP promised to scrap the council tax and they’ve not done it – that needs to be scrapped; we want a Scottish National Infrastructure Company to replace public-private partnerships; and we should be introducing a land value tax.

“We think it can grow. Some of us are saying we could be like the SNP’s Momentum,” he said, adding that a website is currently being developed and that the group is planning a conference.

Asked what the SNP’s view was on the establishment of the Autonomy group in the party, the press office said it did not have any comment to offer at this time.