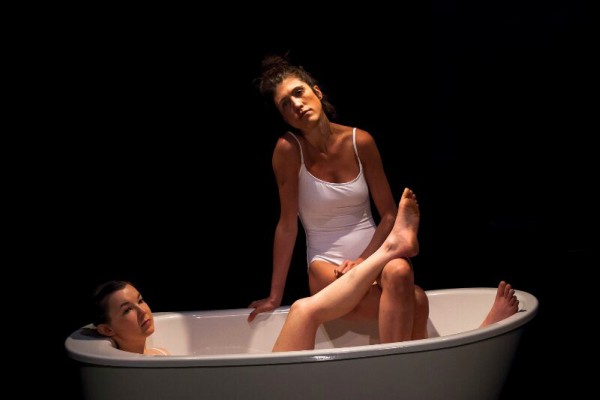 “NO one wants to see a woman get angry.” This is the lightbulb moment in Mouthpiece, the UK premiere of Quote Unquote Collective’s award winning piece exploring the inner conflict inside the head of women.

Using sound, movement and text, Canadian performers Amy Nostbakken and Norah Sadava navigate the social concepts and politics of the female voice over the course of a day. One women, Cassandra, discovers her mother has died and, tasked with writing and giving the eulogy, she realises she has no idea how to form the things she wishes to express. Over the 60 minute production she goes on a mental journey, experiencing an epiphany about the restraints woman have unconsciously placed upon themselves and had placed upon them by others. 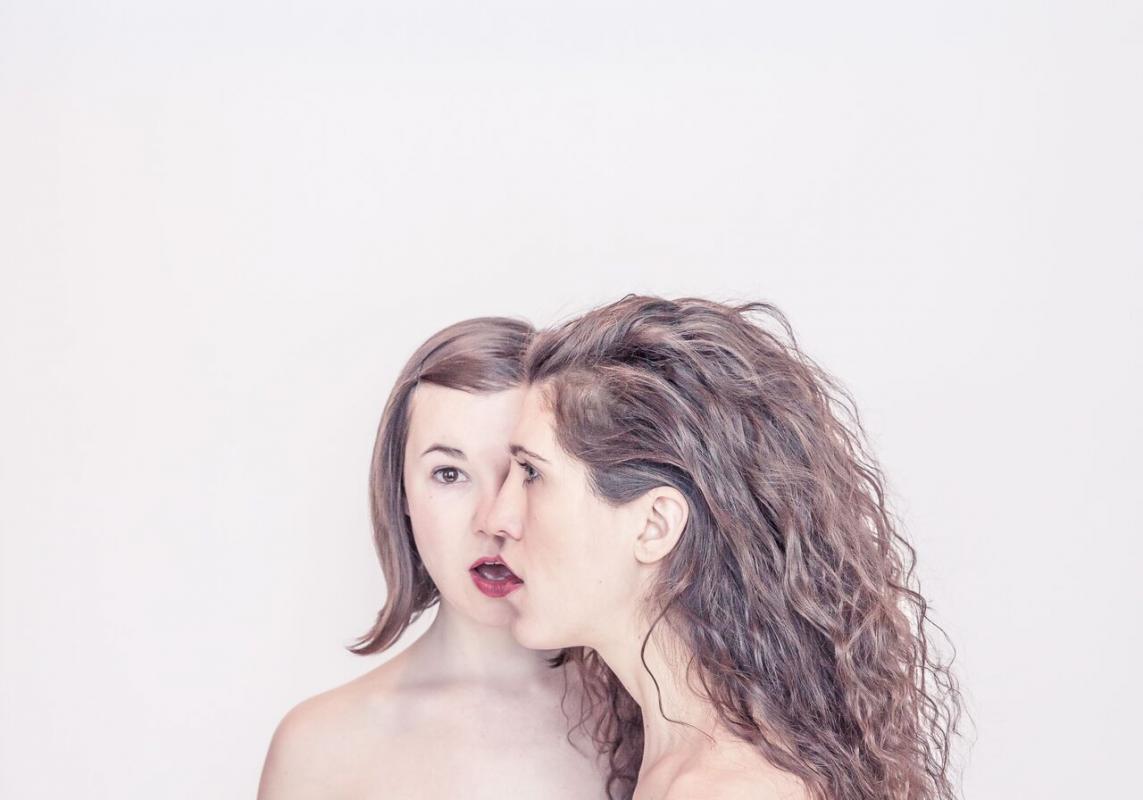 From the contradictions of glossy magazines to the discomfort of catcalls, the performance both comically and disturbingly wrestles with the effects of these issues.

Both Nostbakken and Sadava play Cassandra, each presenting the disjointed and dual voices inside her. The set is black with a white bath centre stage which represents the private sphere of Cassandra’s life and a microphone at the front representing the public presentation which she has to give of herself. Throughout the play, Nostbakken and Sadava battle with each other to reach the mic, each throwing the other to the floor, the stripped set giving the impression of the inside of the mind.

“Over the 60 minute production [Cassandra] goes on a mental journey, experiencing an epiphany about the restraints woman have unconsciously placed upon themselves and had placed upon them by others.”

Raising their voices high and squeaky, Nostbakken and Sadava pick two male audience members to move the bathtub across the stage before themselves moving it back again. The scene demonstrates the performance of femininity which women both do and are expected to do on a daily basis. The manipulation of voice being a tool to both compliment men and get what is needed without appearing dominant or assertive.

The tug-of-war relationship between the performers is punctuated by music originally comprised by Nostbakken, who also directed the piece. The sharp choreography and dramaturgy was developed by Israeli dancer Orian Michaeli.

Perhaps ironically, Mouthpiece – a play about women finding their voice – is difficult to articulate. It is an exploration of language, voice and the social constructs behind it, however the presentation which is both mesmerising and unsettling, is something which must be experienced first-hand.

Mouthpiece is the kind of theatre that sticks with you, leaving you thinking but also in total understanding of what has been said.