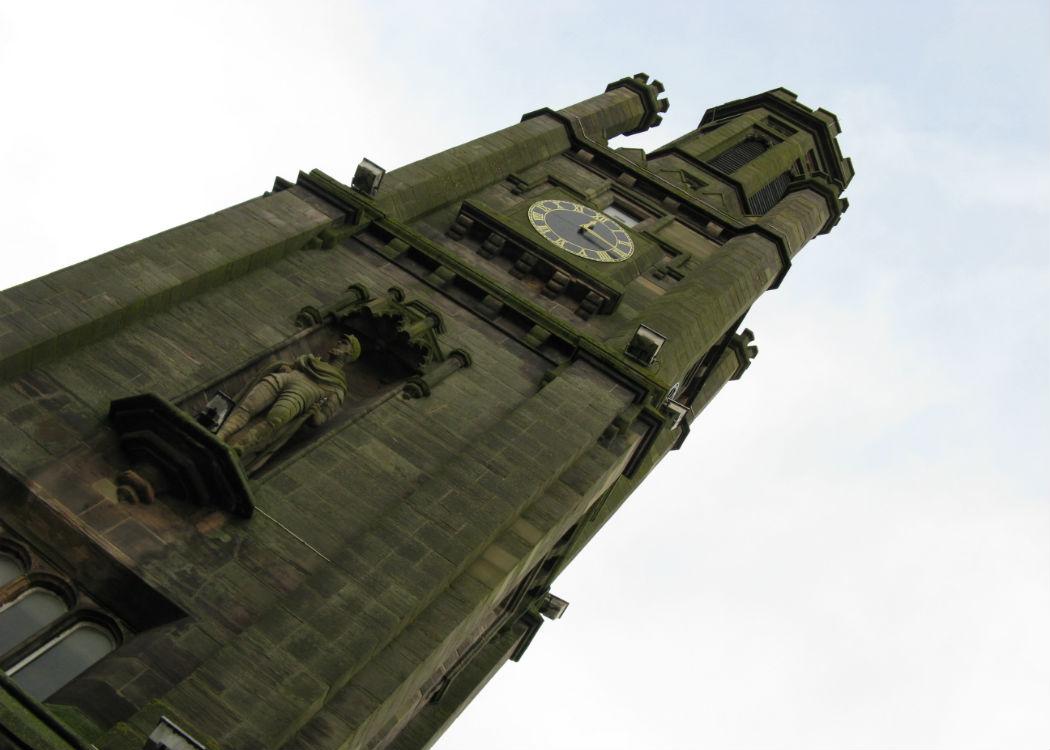 CommonSpace spoke to candidates in the Ayr constituency, where the SNP are challenging one of the strongest Conservative seats not only in the Scottish Parliament, but in the whole of the UK

“THE TORY vote is traditionally quite solid, and there’s no getting away from that, but some are coming over to the SNP,” says Jennifer Dunn.

The SNP candidate for the Ayr constituency in the 2016 Scottish election is fighting for one of the SNP’s target seats, trying to pull down the Conservatives’ lead over the nationalists of just 1,113 votes from the 2011 elections.

The constituency hugs the coastline adjacent to the Isle of Arran, taking in Troon and Prestwick in the north and the well-healed suburbs of Alloway and Doonfoot in the south as well as the town of Ayr proper.

The constituency is one of the most affluent and historically pro-Conservative areas not only in Scotland, but in the UK. It returned Conservative MPs in every UK general election between 1950, when the constituency was created, and 1997, when Tony Blair’s new Labour broke into many safe Conservative seats.

Besides a short spate of Labour representation in 1999, the constituency has been represented by the Conservatives’ John Scott since the opening of the Scottish Parliament.

Besides a short spate of Labour representation in 1999, the constituency has been represented by the Conservatives’ John Scott since the opening of the Scottish Parliament.

Now, Scott is under threat from Dunn and the ongoing SNP surge expected to dominate the 74 constituencies in the Scottish elections.

Affluent Ayr has struggled through the recession. Once a regional shopping centre, its handsome high street has suffered from falling trade occasioned by the growth of online shopping.

The northern end of the shopping district near the harbour is now pock-marked by empty shop fronts. Unsurprisingly the issue tops Scott’s priorities.

“We need housing in that area as well, and the station hotel needs to be put back into use.”

North of the harbour, the house prices drop dramatically and the town has a change of mood. The north of Ayr is dominated by council flats and is traditional Labour territory. The constituency at large is deeply divided, with a gentile visage covering pockets of structural and ‘hidden’ poverty.

Labour’s candidate for the seat, South Ayrshire councillor Brian McGinley, says that “traditional labour supporters” are sticking with Labour on the basis of the party’s left-wing policy agenda and the need for a Labour opposition.

North of the harbour, the house prices drop dramatically and the town has a change of mood. The north of Ayr is dominated by council flats and is traditional Labour territory.

“Most of the Scottish people share the same left of centre roots, traditions and aspirations as those in the Labour party,” he says. “The Tories and the Liberal Democrats are out of sync with the Scottish psyche with their right of centre pitch.”

The Scottish Liberal Democrats have pitched left in the 2016 election, mirroring Labour in calling for tax rises, for instance. But their candidate for Ayr, Robbie Simpson faces a very harsh climb to success. The party came a very distant fourth behind Labour in the 2011 election, with just 713 votes.

Dunn, who grew up in Girvan and was inspired to join the SNP because of local unemployment, says she is on the hunt for former Labour votes.

“Ayr is an affluent constituency and there certainly are affluent areas, but there are a lot of pockets of poverty,” she says. “It’s a mixed constituency and I want to put myself out there in the more impoverished parts and represent those people.

“There are a lot of disaffected Labour supporters and we are working hard to gain that vote.”

When incumbent Scott held his seat against the SNP’s Chic Brodie in 2011, his record as a local MSP was vaunted far and wide to protect him from a then lower calibre SNP insurgency.

“There are a lot of disaffected Labour supporters and we are working hard to gain that vote.”

Scott led the campaign to save Ayr hospital’s accident and emergency unit, which saw around 5,000 residents march into the town centre, a rare thing in Ayr. One of his first acts was to successfully campaign for a motorway between Ayr and Glasgow.

He claims in his 16 years representing the constituency to have helped “conservatively, between 12,000-15,000 people”.

Scott is aiming at more infrastructural projects as a campaigning strategy. He says: “I would very much like to see spaceport come to Prestwick airport, and I would like to see Prestwick [airport] returned to profitability, I have been lobbying hard for that.”

If Scott’s focus on encouraging business as the principal driver of regeneration is clear-cut, his rival for the seat presents a more ambivalent political case. Besides defecting Labour supporters, Dunn also senses a softness in some parts of the traditional Conservative vote due to the harshness of austerity measures over the last six years.

“We are finding that a lots of people are disquieted by the Conservatives’ attitudes towards disabled people in particular,” she says.

The make-up of the constituency means the SNP’s assault on Ayr represents the typical campaign in the SNP’s ‘all things to all people’ populist approach.

“We are finding that a lot of people are disquieted by the Conservatives’ attitudes towards disabled people in particular.” Jennifer Dunn, SNP

“Hidden poverty is a concern. But I also want to help promote small and large business.”

Scott’s concerns about spreading SNP hegemony and the need for it to be countered by a strong opposition are in line with the Scottish Conservatives’ national messaging. The characterisation of the SNP as a centralising big-state party is an appeal to traditional Conservative voters.

“The named person scheme is an affront to parents who believe they are perfectly capable of raising their children without state guidance,” Scott says.

The deputy presiding officer in the Scottish parliament argues “there is a need for more and better scrutiny”.

“I have concerns about an overall majority for the SNP, and there being no revising chamber, the committee structure does not deliver the scrutiny it was designed to deliver.”

Rejecting Dunn’s argument about austerity measures weakening the Conservative vote, Scott claims voters are impressed by the resolve of the UK Government.

If the SNP can take Ayr in 2016, a seat dominated by the constituencies most amenable to the Scottish Conservatives, then it can presumably take and hold anywhere in the country

“What plays more importantly on the doors I’m knocking on is the fact that, since 2010, the UK Government has created over two million new jobs,” he says.

Unlike his competitor, he is also eager to talk-up the prospect of a second independence referendum

“Notwithstanding Nicola Sturgeon’s commitment today to holding another referendum, it remains the case that the UK is united.”

If the SNP can take Ayr in 2016, a seat dominated by the constituencies most amenable to the Scottish Conservatives, then it can presumably take and hold anywhere in the country – for now at least.

In the longer run, such a situation may make the fears of people like Scott only more real.