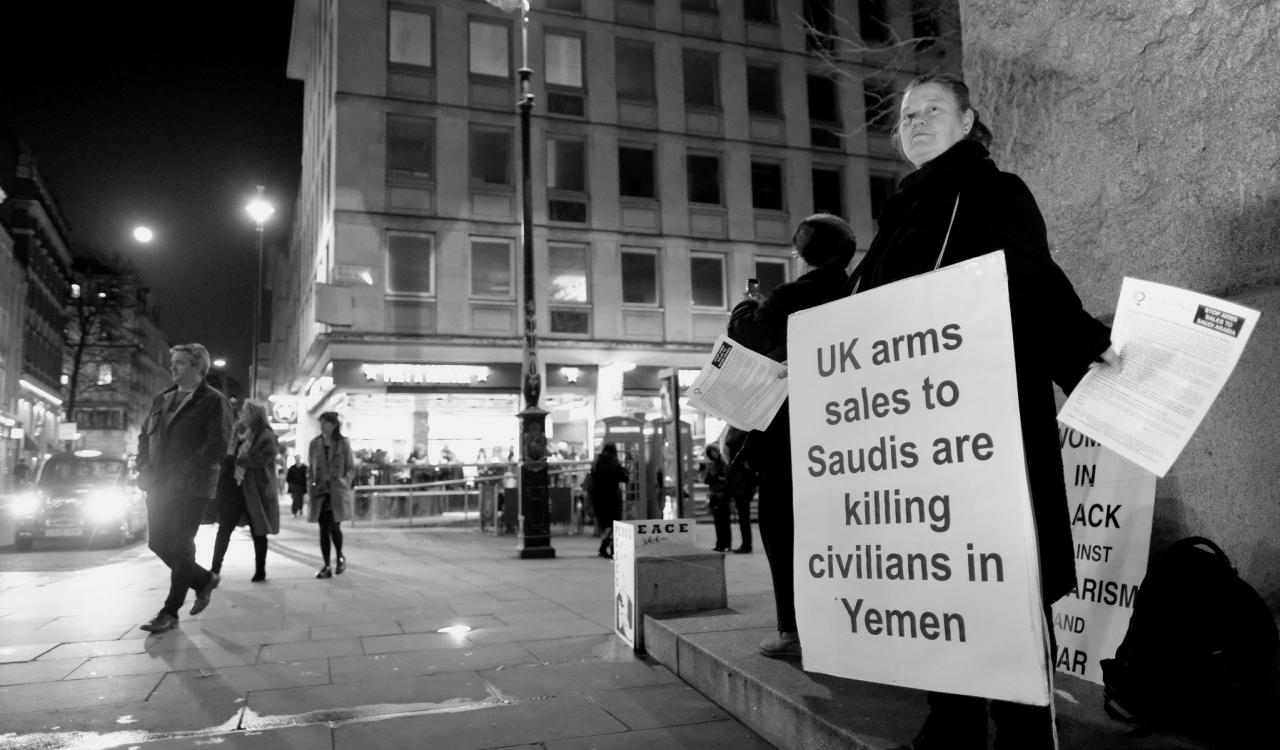 THE SNP autumn conference has called for an immediate end to UK arms sales to Saudi Arabia, which continue to be signed-off by UK Government ministers despite being ruled illegal.

The conference floor passed by acclaim a motion describing the £4.7 billion in sales to Saudi Arabia for use in its war on Yemen “morally unacceptable and unlawful”.

Moving the motion, SNP national executive member Rhuaraidh Fleming said it was “shameful that the UK is complicit in the worst humanitarian catastrophe this century”.

Fleming noted that the extent of British collusion with Saudi Arabia’s assault meant that the UK was practically at war, saying “our planes are dropping our bombs on Yemen”.

Glasgow SNP councillor Graham Campbell told delegates: “For once this is not a war for oil. This is a war by an oil-rich country against its neighbour which is trying to exert some independence.”

Campbell challenged the conference to determine whether Scotland should have an independent foreign policy, asking “Do we want to be a part of these imperialist clubs?

“Babylon must fall – we refuse to be complicit.”

The motion, whose movers included Stephen Gethins MP and Howe of Fife SNP branch, reprimands the UK Government for continuing to sign-off on sales and calls for the government to “immediately cease arms sales to Saudi Arabia for use in the ongoing conflict”.

In July, a Court of Appeal ruling found that UK arms sales to Saudi Arabia were illegal, and accused UK Government ministers of ignoring humanitarian law in regards to the killing of Yemeni civilians in the course of the Saudi kingdom’s assault on the country.

Since Saudi Arabia’s war in Yemen began in 2015 at least 233 thousand have been killed, with Saudi bombing using British technology, arms and RAF training and targetting a major driver of destruction. Famine and disease have spread in the ruined country, and 80 per cent of the civilian population in Yemen are dependent on aid.

Yemen is generally agreed to be the site of the greatest humanitarian crisis in the world.

The UK has sold at least £4.7 billion worth of arms to Saudi Arabia in association with the war in Yemen.

Earlier this year an investigation by the Campaign Against the Arms Trade found that the UK sold £650 million worth of arms to Saudi Arabia in just six months following the murder of regime-critical journalist Jamal Khashoggi in 2018.

In September, SNP MP Chris Law pressed international trade secretary Liz Truss to admit that the UK Government had supplied export licenses for two further shipments of arms to the Saudi regime. Fleming called on Truss to resign to applause.

Saudi Arabia is a key ally of the UK and US in the region, with long standing ties going back to the founding of the kingdom. It operates as an enforcer of western interests in the region and frequently deploys military action against democratic and dissident movements.