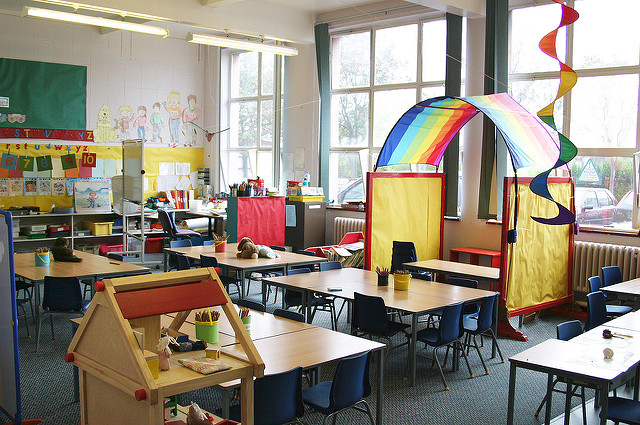 THE SCOTTISH GOVERNMENT’S decision to shelf its flagship Education Bill has been welcomed by education experts, who argue that important lessons must now be learnt on the government’s approach to education.

Policy experts and union representatives have said that key problems with the bill made its passage “ill-advised” and at odds with a progressive, children’s rights-focussed agenda, arguing that the Conservatives’ support for the reforms may well have discouraged the SNP government from persevering.

Education secretary John Swinney announced on Tuesday (26 June) that the bill, once branded as a “radical change” to the school education system, would be set aside in favour of an agreement with local authority body Convention of Scottish Local Authorities (Cosla).

The bill has faced strong opposition from teachers’ unions and Green, Labour and Liberal Democrat MSPs. Swinney said the agreement with Cosla would “fast-track the empowerment of schools”, avoiding the 18-month period needed to pass the legislation.

While some of the bill’s proposed reforms are expected to be implemented in this way, a number of key aspects have been scrapped, for the time being, including the replacement of the General Teaching Council of Scotland (GTCS) with an Education Workforce Council, and the creation of a head teachers’ charter, which would have imposed a legal responsibility on schools for pupils’ progress.

Swinney said the move would allow for a more “collaborative approach” which “takes on board the feedback from our consultation on the bill”. However, he added that if “sufficient progress” is not made over the next academic year, he will introduce legislation to the parliament.

READ MORE: Doaa Shabbir: If educational progress is not about uplifting a whole generation, then it is not progress at all

Lecturer, journalist and education policy expert James McEnaney has been highly critical of the proposed bill. McEnaney told CommonSpace that it was “definitely a good thing” for schools that the bill is not going through parliament, describing the plans to disband GTCS as “spectacularly ill-advised and poorly-developed” and the proposed legal responsibility for head teachers as “a minefield”.

Ultimately, McEnaney said, the bill was likely to have only passed through Holyrood with support from the Conservatives  – a reality which could well have put the SNP in a difficult position.

“The Conservatives were the only ones likely to support this bill and even then it wasn’t guaranteed as they were concerned that some of the changes around school autonomy didn’t go far enough,” he said.

“Worst case scenario for the SNP would have been having to make changes to the bill – maybe beefing up head teachers’ powers over staffing, although that is fraught with problems – in order to placate Ruth Davidson and get the bill through.

“They’d have taken a huge political hit from that while the Tories would get an enormous boost.”

In McEnaney’s view, the scrapping of the Bill is the culmination of a series of errors.

“John Swinney was given the education brief because of his status as the SNP’s most trusted and competent minister,” he said. “He was to be a safe pair of hands who would drive through improvements. It hasn’t worked out that way.

“His ‘definitive guidance’ to tackle workload was arrogant and, ultimately, ineffective; he is staring down the barrel of a teachers strike after the summer unless the government can come up with a significant, but well-deserved, pay rise for staff; and now the ‘centrepiece’ of the government’s entire legislative programme has had to be abandoned on his watch.

“If it had been anyone else in that job they’d have been sacked.”

That being said, McEnaney argued that the opportunity was now there for the government to reflect and learn from the criticism it has come up against. “What’s important is what this does to the SNP’s attitude to education,” he said.

“Hopefully they will take this as a sober moment and if they look back on the last few years they will probably realise they’ve made a lot of mistakes and take a step back and start to rebuild some of the bridges they’ve come very close to burning.”

Vice president of teaching union Educational Institute of Scotland and SNP member Bill Ramsay agreed that the support of the Conservatives for the legislation ought to have been of some concern to the government.

“Maybe the government reflected on the keenness of the Conservative Party for the proposals because in truth, some of them, if they had been enacted, would have been a flick of an administrative switch away from neoliberal forms of school governance,” he argued.

“More specifically, in this case, much of what the government wants to achieve.”

He added: “The Scottish Government wants schools to be more innovative – that’s fine. I suspect that on closer inspection it was discovered that many schools already are, and that the level of prescription varied between authorities that some are less prescriptive than others.”

Ramsay said that many of the challenges which the government will have identified with school governance have their roots in structural and financial problems within local authorities.

“The current structure of Scottish Local Government was established by a Conservative government in the early 1990’s with one overarching aim and that aim was not to deliver good public services, but create gerrymandered local authority areas to give the Conservative Party some sort of substantive electoral base in Scottish local politics,” he said.

“That structure was not designed to deliver effective local government.

“Crucially, on top of that, local government has been under the financial cosh since central government decided to pump gargantuan sums into the banking sector a decade ago.  All local authorities find this challenging, though the smaller ones even more so.”

Whilst welcoming the Scottish Government’s decision to pause any plans to introduce legislation and to work with local authorities, Cosla has stated that it will be necessary “to ensure that additional requirements on local government are fully funded”.

Professor of education at Strathclyde University John Davis told CommonSpace that a more democratic, participatory approach to education reform and local government was essential. Davis said there were a number of concerns which he had about the Education Bill, but that putting the legislation on hold demonstrated that “the government is listening”.

Davis said he had been concerned that there had not been a proper consultation with Scottish Social Services Council staff, which regulates the training of early years staff, and that, while he supports giving greater power to communities, there were problems with the proposals for how that would be done.

As someone who specialises in inclusion and children’s rights, Davis felt that the consultation had not adequately considered how to enhance children’s participation in shaping the institutions which affect them.

“If you are taking a child’s rights approach, you wouldn’t just devolve power to Head Teachers,” he said. “The consultation raised questions about the left and right hand of government – in some ways it’s focussing on children’s rights, and in other areas the focus is on adults.”

Moving forward, Davis said that, with the right approach, “Scotland has a chance to become known as one of the best places in the world for children’s rights”.

“We want to learn from this and ask ‘what does a grassroots approach look like and what’s the link between that and listening to children’?” he added.

Davis said he believes that change in education, even at the structural level, may well be needed, but that the process should be “slower and more considered”.

“We could have structural changes, and we could pose a question about how participatory democracy works in local authorities, but the changes to the structure need to come from dialogues.

“This looked like a policy that had the potential to be imposed from the top down,” he said.

The Greens, Labour and Liberal Democrats celebrated the government’s decision to walk back on the bill, while describing the move as a “climbdown” which saw Swinney “humiliated”.

Scottish Tory MSP Liz Smith condemned the move, saying the legislation “could have been the best chance in a generation to make improvements to schools”.