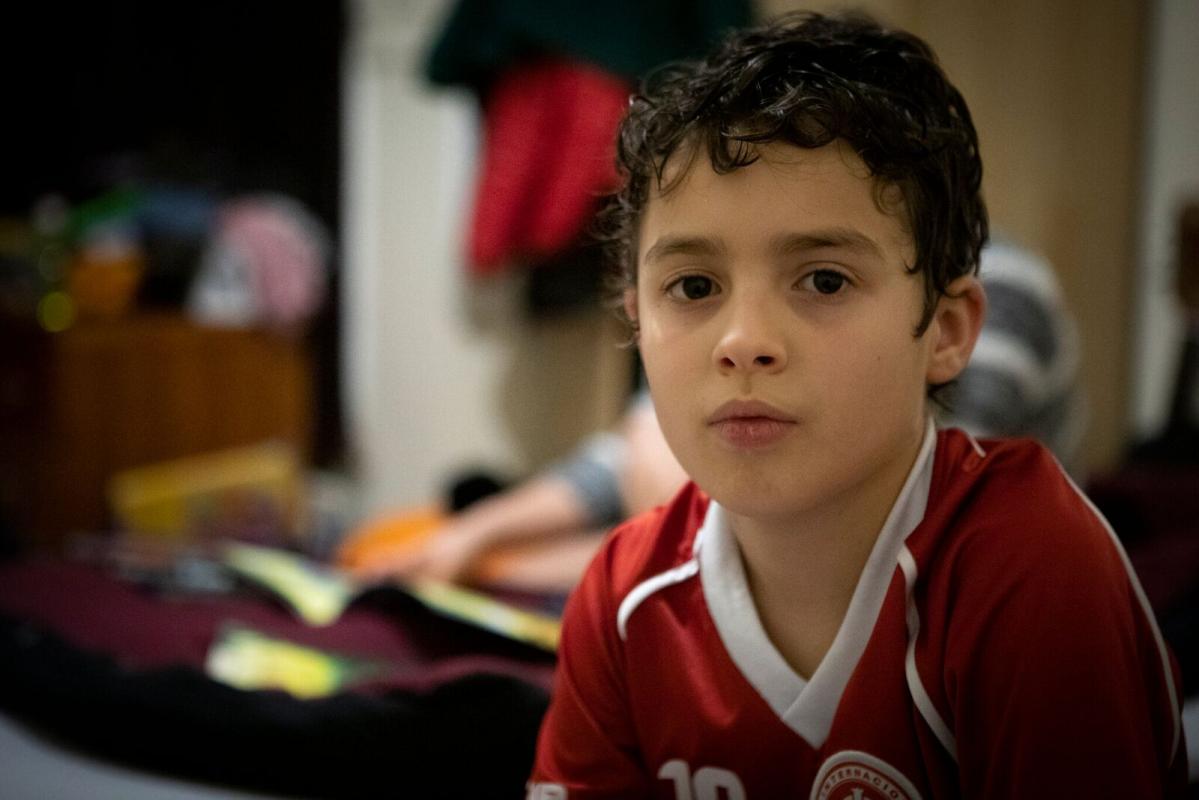 A SCOTTISH CHILD is made homeless every 37 minutes with a “staggering” 135,000 children across the UK forced into temporary accommodation, according to the housing charity Shelter.

A new Shelter report released today [3 December], Generation Homeless, has revealed that 183 children across the country are made homeless everyday.

Scottish children face a homelessness rate of around 38 per day, or 1 in 160 children, a figure branded “completely unacceptable” by housing campaigners.

“Children being homeless in 21st century Scotland is a badge of shame in itself.” – Alison Watson, Shelter Scotland

Shelter Scotland deputy director Alison Watson commented: “Children being homeless in 21st century Scotland is a badge of shame in itself but a 64 per cent increase over the last four years up to 6,795 being homeless is completely unacceptable.

“It’s time that promises were made and kept to the children of Scotland – that we will do everything possible to prevent homelessness and build enough social homes to make sure every child has a home not just for Christmas, but permanently.”

Research has shown previously that the mental and physical health of those forced to live in temporary accommodation suffers as a result, with children living in uncertainty over the future and enduring poor living standards.

Scotland has also seen a decrease of 14 per cent in the number of children forced into emergency accommodation in the form of B&Bs and hostels. Considered the “worst” type of accommodation according to Shelter, entire families are often squashed into one room to live, sleep and cook.

A harrowing case study released by Shelter from Will, 10, who lives in a single room with his mum, dad and younger brother in an emergency B&B in Ilford, London showed the reality of such living arrangements.

Will said: “Life in the B&B is horrible, it’s worse than being in a real-life horror film. There’s no room to do anything, even if I’m reading my book, as I’m still going to get annoyed by someone. I’ve been told off by someone for running in the small corridor. You can’t do much, you can’t play much. I don’t get to play that often.

Scottish Government statistics revealed ‘eye-watering’ private rent increases in November, with the average cost of a two-bedroom private rental home rising to an average of £668 per month.

Shelter warn that this combined with welfare cuts and a lack of social homes could mean a further 4,026 children go homeless between now and Christmas day. The charity previously called for an “urgent commitment” from the Scottish Government to keep building social homes to tackle the crisis.

Responding to the “damning” figures, Scottish Government Housing Minister Kevin Stewart said: “We are clear that one person being made homeless is too many, particularly in households which include children.

“Scotland has some of the strongest rights in the world for anyone experiencing homelessness, including the right to emergency temporary accommodation. While this provides an important safety net in emergency situations, we are clear such arrangements must be for as short a time as possible and be of good quality.

“That is why we have invested £32.5 million into Rapid Rehousing and Housing First to minimise the length of time people they spend in temporary accommodation. We also changed the Unsuitable Accommodation Order in 2014 so that families with children and pregnant women are only able to stay in accommodation such as B&Bs for a maximum of seven days.”

However, Scottish Labour told CommonSpace the figures revealed the “human cost” of “failing policies” pursued by both the SNP and Conservatives in government.

Pauline McNeil MSP, the party’s communities and equalities spokesperson said: “These damning figures lay bare the human cost of the failed policies of the SNP and the Tories.

“In place of SNP timidity, Labour will end the scourge of homelessness. Labour will properly fund our local councils tasked with rapid rehousing, tackle unscrupulous landlords who charge over the odds, commit to building 12,000 social homes a year for ten years and und the scourge of Universal Credit.”

Green MSP Ross Greer also responded to the report: “It is shameful that so many children are forced into homelessness.

“Barriers like overly bureaucratic support systems need to be addressed but so does the lack of available housing, which is why the Scottish Government dropping their commitment to bring in a compulsory sale power for empty homes was so disappointing. There are far more empty homes than homeless families in Scotland, a fact which should outrage all of us.

“Whether it’s a Housing First policy for those who present as homeless, real rent controls, curbing short term lets or building the social and genuinely affordable housing we need, so many of the solutions are sitting in front of us. These children just need a government brave enough to do more than fiddle around the edges of a system which is failing them.”