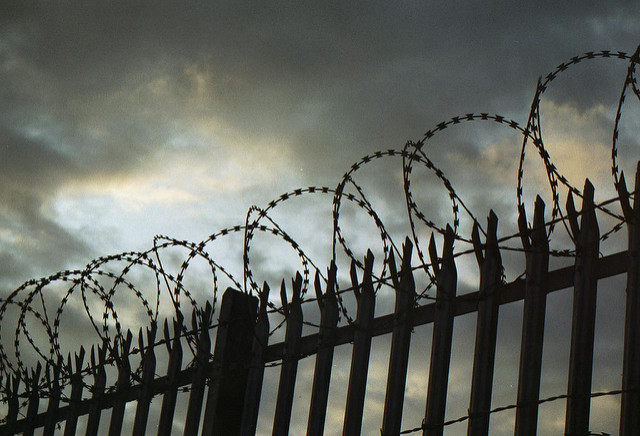 A NEW campaign, Ballots Behind Bars, will host its first event in Edinburgh tonight (17 July) exploring the case for extending the right to vote to prisoners.

Behind the campaign is Amie Robertson, who battled “shame and mental distress” when her brother was incarcerated during her teenage years.

Robertson was able to find a support network in the form of KIN arts collective, a Vox Liminis project which works with young people affected by family imprisonment. It was there, 10 years later, that she met teenage boys going through the same experience and realised that something had to change.

“I realised things were never going to get any better for the families of prisoners until society views prisoners differently,” Robertson told CommonSpace.

READ MORE: Unlocking Democracy: Five reasons why Scotland should give prisoners the vote

“For a safer society, we need to view prisoners as fellow citizens, also deserving of human rights.”

Speaking at the event at the Quaker Meeting House in Edinburgh from 7.30pm will be Louise Brangan of Howard League Scotland, Pete White of ‘Positive Prison? Positive Futures’, and Scottish Greens co-convener Patrick Harvie MSP.

Harvie has pushed for the franchise to be extended to prisoners since the Scottish Parliament was given the power to do this in the 2014 independence referendum.

As of May 2017, Holyrood has power over the franchise in all Scottish and local elections and its cross-party equality and human rights committee recently published a report recommending that all prisoners be given the right to vote.

Recalling her own experience of having a family member in prison, Robertson said: “I really struggled with the shame I put upon myself to ‘prove’ to the world I wouldn’t follow suit and as I reached my twenties, I was completely exhausted and mentally unwell from the entire path I had taken.”

The Ballots Behind Bars campaign is based on the belief that the experience not only of prisoners, but family members and the wider community will be improved by an approach which seeks to engage offenders in society as citizens.

The UK remains one of only five countries among the Council of Europe’s 47 member states to have a blanket ban on prisoner voting and, so far, the Scottish Government has not taken steps to use its new powers to change this for Scotland.

Robertson said it was time for Scotland to “stand by the overwhelming international evidence” in supporting prisoner voting rights.

She added: “The UK has some of the highest reoffending rates in Europe, Prison reform trust estimates that up to 90 per cent of those in prison have a form of mental illness and it is no secret that our prison population is mainly derived from Britain’s most deprived post codes.

“Punishment without healing does not work. Scotland has the chance to change this for our society.”

The campaign will seek to build support for the issue among members of the public and MSPs. Following tonight’s event, the group’s first campaign meeting will take place on Wednesday 25 July at 6pm at the Quaker Meeting House in Edinburgh.