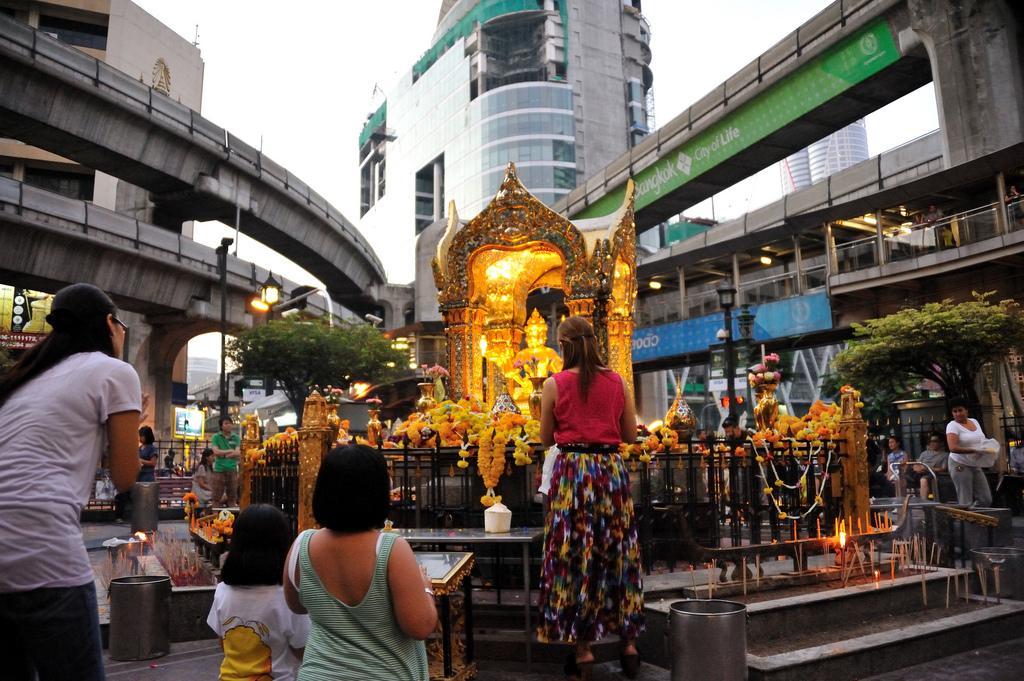 A BOMB exploded at a shrine in the Thailand’s capital on Monday, killing at least 21 people and injuring several more.

Prayuth Chan-ocha, Thailand’s prime minister, stated that the perpetrators were still unknown, but added that police had begun to investigate a suspect witnessed at the shrine on CCTV footage.

The blast was detonated at 1900 local time (1200 GMT) on Monday 17 August, targeting the Erawan Hindu shrine located in the bustling Ratchaprasong junction.

The bomb was placed in a central area at a busy time, so is thought to have been actively targeting civilians and sought to cause maximum casualties.

Prayuth said: “This is the worst incident that has ever happened in Thailand.”

He added: “There have been minor bombs or just noise, but this time they aim for innocent lives. They want to destroy our economy, our tourism.”

Somyot Poompummuang, Thailand’s national policy chief, stated that the blast was caused by a pipe bomb being placed inside the shrine. Reports indicate that up to 3kg of TNT had been used to prepare the bomb.

Poompummuang was quoted by the BBC stating: “Whoever planted this bomb is cruel and aimed to kill. Planting a bomb there means they want to see a lot of people dead.”

The Bangkok authorities have begun to investigate who the perpetrators of the attack may be.

Thailand has recently gone through a degree of political upheaval, with splinter groups fighting for an independent state in the south of the country. The south of Thailand has recently experienced violence but, if they were held responsible, this would be the first case that insurgents have perpetrated attacks outwith their own area.

Recent incidents of political upheaval also shook the nation, leaving many to speculate as to whether the factions who lost may have been involved in the blast.

Although authorities have begun investigating a suspect on CCTV, it is expected to take some time before the Taiwanese government knows who was behind the attacks.