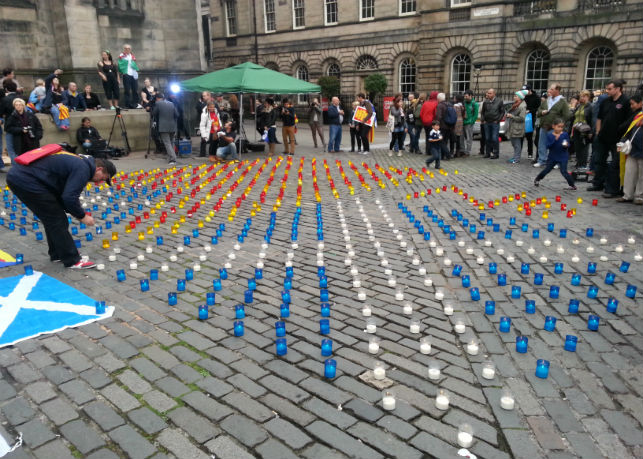 BARCELONA  FOOTBALL CLUB fans are planning to wave thousands of Scottish flags at their Spanish cup final fixture with Sevilla on Sunday 22 May after Madrid police warned they would ban the flying of pro-independence Catalan flags.

Spain’s King Felipe VI will be present at the final of the Copa del Rey league, named in honour of the King and is associated by many Catalans and republicans with the dictatorship of Francisco Franco. The ban comes after last year’s final, where fans booed the king and the Spanish national anthem.

Quoted in the Herald, a Barcelona FC statement criticised the move as "an attack on the freedom of expression, the fundamental right of each and every individual to express their ideas and opinions freely and without censorship".

The banned flag, the Estelada, is an augmented version of the official Catalonian flag and is a symbol of the Catalonian independence movement.

Catalonia has a long history of strained relations with the Spanish state. It has had a strong independence movement since Spain transitioned from an ultra-conservative dictatorship in 1978. Suspicion of the Spanish state and it’s suppression of Catalan identity remain a prominent feature of Catalan political culture.

Barcelona was the focal point of opposition to Franco and the attempt to re-impose the monarchy during the Spanish civil war, and is the capital city of Catalonia.

Barcelona FC has a long tradition of promoting its Catalan and leftwing identity. In 1936 the club’s president was murdered by Franco’s regime.