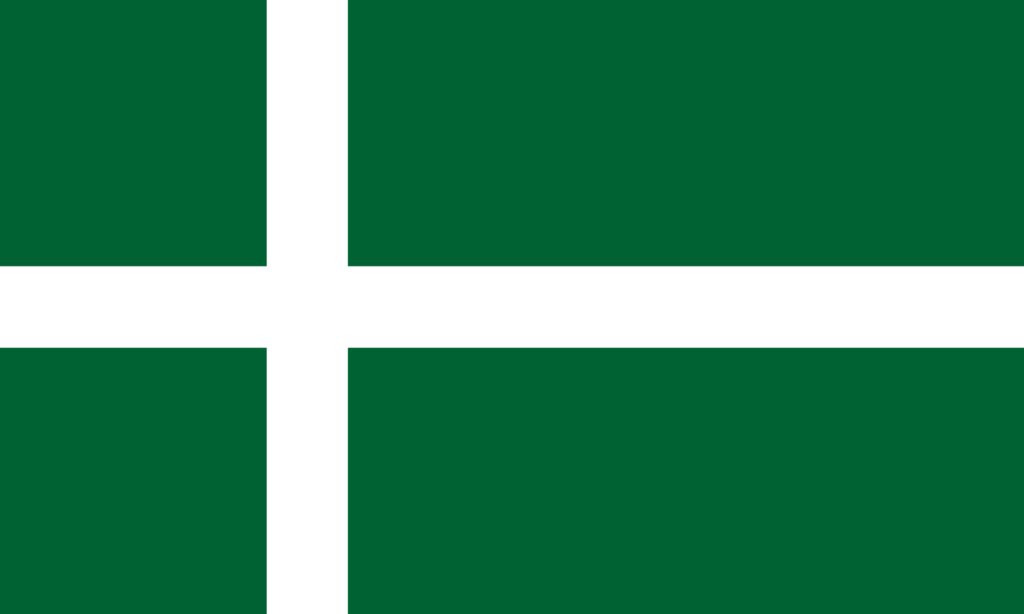 THE FLAG OF BARRA has been granted legal recognition and will now represent the Outer Hebrides island community officially, it has been confirmed.

The flag’s recognition by the Court of Lord Lyon, Scotland’s heraldry office was welcomed by both local campaigners and parliamentarians.

The green and white flag, which features the ‘Nordic cross’, has been widely used throughout Barra for decades, flying across the island and being featured on local produce. Until now however, the flag has not been legally recognised.

The possibility of the flag’s official adoption was first explored in December 2016, at a community meeting in Barra organised by SNP MSP Dr Alasdair Allan and Philip Tibbetts, Communities Vexillologist of the Flag Institute.

Commenting on the flag’s recognition, Manford said: “I am very happy to see that the Barra flag has now received official recognition from the Lord Lyon.

“It has been a long process but now the green and white Nordic cross that has been used in Barra for a number of years is officially registered at the Lord Lyon.”

Alasdair Allan, MSP for Na h-Eileanan an Iar, said: “I am delighted that Barra’s flag now has legal recognition and protection.

“When I originally held an exploratory meeting on this subject it was felt that recognition of the flag would help to boost the island’s marketing efforts as well as celebrate its unique identity.

“I would like to thank Dolina for her efforts in driving this forward and I look forward to seeing some of the benefits this will bring.”

“The flag also endorses our unique sense of identity, heritage and culture.” Eoin MacNeil of Voluntary Action Barra and Vatersay

Angus MacNeil, SNP MP for Na h-Eileanan an Iar, also commented: “I’m very pleased that the Barra Isles flag has been approved, with the Nordic cross showing not just the ancestry of the people but the place names of Barra, and the green representing the green of the Barra Isles. This is a fantastic achievement by all those involved.”

Eoin MacNeil of Voluntary Action Barra and Vatersay said: “We were very pleased to able to support the aspirations of our community and community councils.

“The flag also endorses our unique sense of identity, heritage and culture. We look forward to it flying high over the many events taking place in the coming years.”

“I am sure it will serve as a powerful example to the many other communities thinking of developing their own flag to promote their own identity.” Philip Tibbetts of the Flag Institute

Philip Tibbetts of the Flag Institute added: “It is wonderful to see the Barra flag achieve official recognition with the Lyon Court, having been used so extensively over the years, joining the likes of Caithness and even the Saltire itself.

“In this past year Barra has shown the importance that a flag can have for its community – not only as a celebration but also as a symbol to rally around.

“As such it has been both an honour and humbling to have assisted Barra since I was first invited to the island last year. I am sure it will serve as a powerful example to the many other communities thinking of developing their own flag to promote their own identity and the patchwork of national heritage.”

An official unveiling of the flag will be held in summer of 2018.