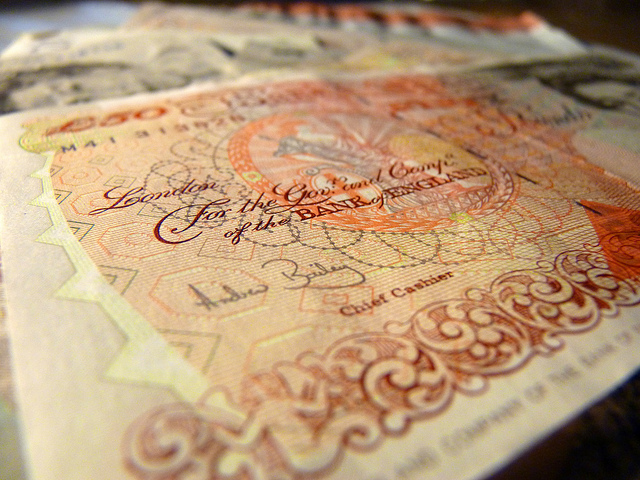 THE CITIZEN’S BASIC INCOME NETWORK SCOTLAND has welcomed renewed discussion regarding the possibility of a basic income scheme for Scotland, with one of its trustees arguing that “at the right level” a basic income could “do away with poverty”.

The advocacy group’s commentary comes in the wake of this week’s new Programme for Government, in which the Scottish Government announced funding for research into the feasibility of a Scottish basic income, potentially making the first country in the UK to introduce such a measure.

A basic income, sometimes described as a Citizen’s Basic Income (CBI) or Universal Basic Income (UBI), would be a fixed amount of money paid to all citizens by the government, which is never withheld, decreased or subject to means-testing. Advocates for such a measure argue a basic income could significantly counteract the effects of low wages and alleviate poverty.

The idea of a basic income has gained prominence in recent years, becoming a regular topic of debate in leftwing and socialist circles, and receiving endorsements from such diverse sources as Scottish Greens co-convenor Patrick Harvie, tech magnate Elon Musk and the Indian government. However, critics of the idea have either questioned its economic feasibility or argued that it is overly simplistic and utopian.

A basic income has also been regularly discussed by the Common Weal think tank, which last month endorsed the idea as a key element of their proposed future social security system for an independent Scotland, in their policy paper ‘Social Security For All of Us – an Independent Scotland as a Modern Welfare State.’

“We believe that bold and imaginative projects like this deserve support, but we also recognise that the concept is currently untested.” Programme for Government 2017-18

Described by the 2017-18 Programme for Government as “a radical form of social assistance”, the programme revealed that several Scottish local authorities are considering how they can pilot “elements” of a CBI.

The programme further argued that “one of its attractions is that it may help those on the lowest incomes back into work or help them work more hours, while providing an unconditional basic income as a safety net”.

“We believe that bold and imaginative projects like this deserve support, but we also recognise that the concept is currently untested,” it said.

“Therefore, we will establish a fund to help these local authorities areas develop their proposals further and establish suitable testing.”

Responding to the announcement, Dr Ben Simmons, a trustee of the Citizen’s Basic Income Network Scotland, told CommonSpace: “Funding research into piloting basic income in Scotland is a significant step towards a more equitable society, and we welcome the increased discussion of the issue that this will bring about.

“A return on investment in people is not measured in pounds and pence, and so any pilot scheme needs to have plans to measure the important intangibles that make life worthwhile.” Dr Ben Simmons, Citizen’s Basic Income Network Scotland

“As a society, we are faced with increasingly complex challenges around inequality and insecurity. The solution is not to pursue ever more complex solutions and mutations of the status quo, with the counter-productive consequences of poverty traps and financial dependency, but to embrace the simple and straightforward idea that each individual is deserving of the happiness, health, and security that an unconditional basic income would bring.

Asked what the measure of success would be for any future basic income pilot scheme in Scotland, Dr Simmons said: “A return on investment in people is not measured in pounds and pence, and so any pilot scheme needs to have plans to measure the important intangibles that make life worthwhile, and an acceptance that these will be hard to assess.

“Essential measurements around health, happiness, and social mobility will not be perfectly captured in the short window for a pilot, and a basic income implemented in a region, or a sliver of society will have a different effect to one implemented nationwide.

“A successful pilot is one which demonstrates a net benefit to those individuals receiving it, not only in absolute terms, but in comparison with the current system.” Dr Ben Simmons, trustee of the Citizen’s Basic Income Network Scotland

“A successful pilot is one which demonstrates a net benefit to those individuals receiving it, not only in absolute terms, but in comparison with the current system which can hold people back as much as it purports to support them.”

“A basic income is re-distributive in much more than a financial sense,” Dr Simmons continued. “It also redistributes opportunity, personal freedom, and a sense of hope and security across a society currently wracked by fear and anxiety.”

“The government is planning ahead, and is realising our society and economy are going to be remarkably different from the one of the past.” Willie Sullivan, director of the Electoral Reform Society Scotland

Offering further comment, Willie Sullivan, director of the Electoral Reform Society Scotland and another trustee of CBIN Scotland, told CommonSpace that, in his personal opinion, the CBI section of the Programme for Government shows “that the government is planning ahead, and is realising our society and economy are going to be remarkably different from the one of the past”.

Also commenting on the redistributive potential of a Scottish basic income, Sullivan said: “All the schemes I’ve seen are highly redistributive. If you look at Annie Miller’s book (A Basic Income Handbook, published in March of this year by Luath Press), any scheme that uses taxation to pay everyone a basic amount, not based on means-testing, is highly redistributive – much more than the current tax and benefit system. At the right level, it can actually do away with poverty.”

Asked what kind of success he would hope for from any future pilot scheme, Sullivan responded: “I think it would show, if there was less demand on social services, people would be healthier, because they wouldn’t have all the anxiety and worry. People would take part in education and training more; people might start up new businesses. There would be more voluntary and community activity.

“Generally, people would feel they had more meaning in their lives, because they’d be able to spend time with family and friends a bit more. They wouldn’t have that economic pressure of ‘work, or be poor’.”