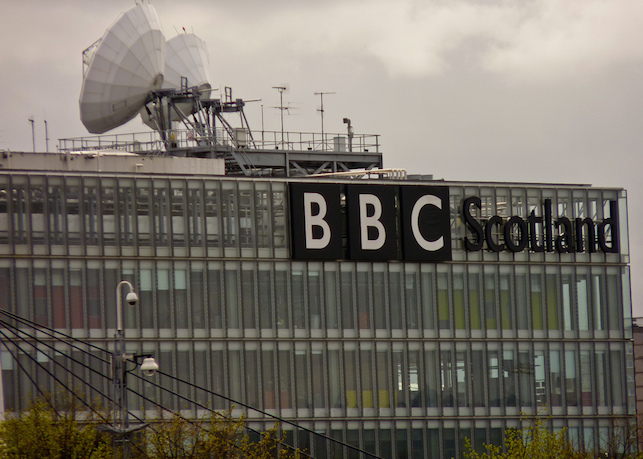 A COMEDY WRITER was told to send his script to London instead of producing it in Scotland because audiences south of the border are more “comfortable” with intelligent comedy, according to author Colin Edwards.

Edwards, behind radio shows ‘The Franz Kafka Big Band’ and ‘The Atrocity Machine’ for BBC Radio Scotland and Channel 4 Radio respectively, claims he went through a patronising commissioning process in Glasgow where producers rejected his work as too “intellectual” for a domestic Scottish audience.

The comedy writer and radio producer, explaining his experience at length in an online blog, hits out at what he views as the narrowness of BBC Scotland comedy output, and an unwillingness to support local creative talent.

After his script had been rejected as, on his account, “too intellectual for television”, Edwards states it was recommended that he sent the script to BBC 2 in London.

He claims BBC Scotland commissioners gave this advice on the basis that: “English people are more, shall we say…’comfortable’ with intelligent comedy.” Instead, Edwards claims that scripts most likely to be accepted in Scotland are set in Glasgow, preferably male-centric, and not too ‘intellectual’.

Edwards said the episode left him “stunned and, depressingly, vindicated as I had always had the suspicion something like this had been going [on]. But it also meant I was living in a country whose national broadcaster appeared to have absolutely zero respect or regard for its own population.”

Read: The BBC and ‘the Nations’: How will the White Paper impact Scotland?

He attributes part of the problem to BBC producers being unrepresentative of the general population, and lacking confidence in the public’s ability to enjoy and understand a variety of television content.

However, Edwards also said the state of the media was not an issue with individuals or the BBC’s Pacific Quay Govan HQ but “a myriad of elements ranging from the rampancy of capitalism, the state of the media in general, an exertion of limitations by the BBC in London and, in the end, the same age old reason — money and ratings.”

Ewan Angus, TV commissioning editor at BBC Scotland rejected the allegations: “I totally refute this account of an event that took place several years ago. BBC Scotland is open-minded in its approach to considering, commissioning and producing comedy shows.

“A snapshot of programmes produced from BBC Scotland illustrates this – from Still Game, Bob Servant Independent, Gary: Tank Commander, Jack Docherty’s Stop/Start, Scot Squad to Two Doors Down on television and Breaking the News on radio. We cannot commission every script idea we receive and eventually it comes down to a judgement call on what we believe would work best for our audiences.

“It’s nonsense to suggest that we would dismiss an idea on the grounds it was ‘too intellectual’. I certainly would not have rejected a script idea simply because it referenced Socrates – he was one of the finest midfielders Brazil ever produced.”

BBC Scotland, which faced unprecedented public criticism during the independence referendum, has since been contemplating a review of its funding, management and commissioning during the organisation’s wider charter renewal process.

BBC Scotland executives have called for more autonomy and funding to reflect the changing political context in Scotland.

Proposals for a ‘Scottish Six’ news show have been put in motion to develop the station’s content.