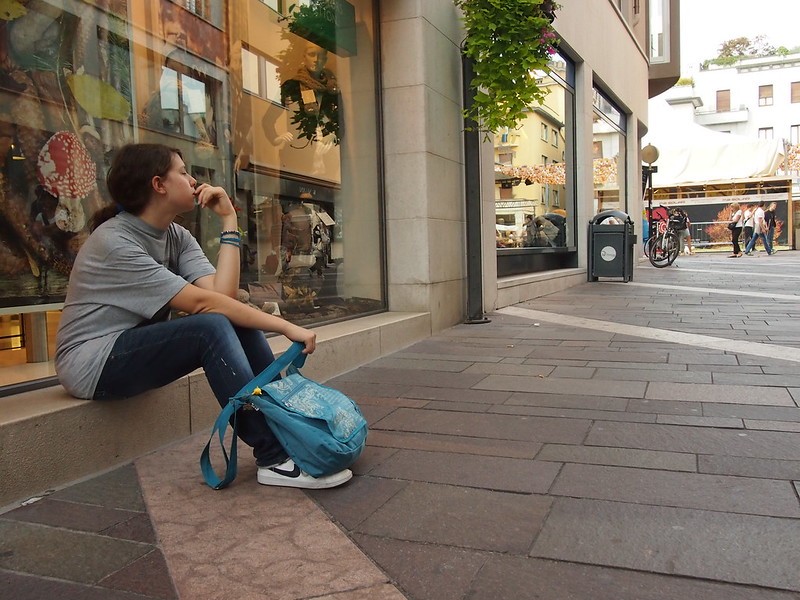 Following the announcement by the Scottish Government of a new study into the needs of estranged students, Dr Becca Bland, CEO of the charity Stand Alone, explains why further action is needed

OVER recent months, the Scottish public has been hearing from some of Scotland’s most vulnerable young people in the media. These are young people who have become estranged from their family – meaning they have no relationship with their parents or guardians.

We often assume that when it comes to critical family difficulties, the care system will step in for young people, and that someone, somewhere will notice. And we assume that when they notice, they will act. However, for estranged young people, the care system and those who sit around it have often critically let them down. Either the system failed them and didn’t act, fobbed them off as they were approaching sixteen, or it had no remit to intervene and help.

For some estranged young people that we have met, they were too ashamed to tell anybody what they were going through, conflicted by loving an abusive parent, or in some cases feeling the burden of being the only carer of an abusive parent. It isn’t until their later teenage years that they begin to understand that something really isn’t right. For others, there’s no choice. They have been disowned from their family for coming out as LGBT+, transitioning, or turning down an arranged marriage, or for being unwanted baggage in a new marriage. Disownment and threats of disownment, in my view, is one of the most severe forms of emotional abuse and coercive control.

In all of these patterns of family breakdown, these young people are left lacking family capital – that being the financial, material and emotional support that family brings. They are also left without a corporate parent, or any agency acting in their interests. There isn’t anyone charged with ensuring that they have a roof over their head or something to eat. It’s all down to them.

READ MORE: ‘A first for Scotland’: New research project into the needs of estranged students launched

It may be hard for us to face the reality that families may act this way, and that parents and wider family networks may not have the skills and capabilities to accept, protect and nurture their children. It is even harder to face that we, as a society, may compound their trauma and suffering and let them down further. But until very recently, we have been good at looking the other way. Our systems have not been set up to recognise these young people as they flee or offer them any support or nurturance for their trauma. As these young people are left to self-remove, or are disowned and cast out of the family home, they are effectively invisible in society.

The realities of this position are stark. Some may make it to homeless shelters and charity housing programmes; others may find informal and often precarious arrangements with other family members, or sofa-surf on the couches and in the spare rooms of school or college friends.

I was one of these young people, over a decade ago now. I had to remove myself from a physically and emotionally abusive situation with my parents. My school had picked up the signs, and social services were ‘made aware’ after a particularly bad phase of physical abuse that I disclosed to my head of year after breaking down in class. However, they didn’t act. My parents told them I was lying and nobody followed it up. So, I managed the angry fallout of daring to tell someone, and then mostly lived with my gran, or stayed with my older boyfriend. I waited until I was eighteen, and then I got myself physically away. The emotional abuse continued into my early twenties, which is when the relationship fully broke down.

Gratefully, my teachers at school had believed in me, and I went on to art college. It was there that I realised, as many estranged young people have also realised, that the higher education funding system is set up around the assumptions that you have a loving and supportive family.

READ MORE: ‘They can’t turn to their families’: Week of solidarity with estranged students begins

The amount of student support that is given is calculated around the nine months of term, leaving you three months short of money, and no family home to go back to over the long summer break. That meant that I was working in paid employment as much (if not more) than I was studying. I didn’t have a guarantor and so I couldn’t live with my peers, and I ended up in a room in a colourful house owned by a drug dealer (who didn’t care about a guarantor if I didn’t care about the dealing). In reality, I had zero housing rights with such an informal arrangement. I was constantly fearing homelessness, and that anxiety was amplified as I finished university and realised that I was 23 and didn’t have another student loan instalment coming or any real safety net, other than the kindness of friends.

The psychological difficulty of knowing that nobody was really looking out for me was the hardest barrier to break. If I fell, it was over a cliff and into homelessness and there wasn’t anybody there to pick me up at the other side and help me get back on my feet. I had no option but to be strong, and always fine, and there was just no room to be not okay. And sometimes in life, you are just not okay, particularly when you have experienced trauma.

I’ve come to see, after years of counselling, that I have grown from this struggle. But it was an unnecessary struggle, when a few pieces of key support and messaging from society would have made it much easier to be at university and succeed, and much easier to be a person surviving trauma and abuse.

A guarantor scheme or local authority acting as a guarantor would have meant that I could live with my peers with a tenancy agreement, without the constant fear of homelessness. A proper bursary would have meant that I would not have had to work all hours and would have relieved the stress radically. The stress and anxiety around graduation would have been relieved by knowing that I would be a priority for housing and support should I not be able to make life work instantly.

READ MORE: Sam Macrae: An open letter to those wishing to become allies to estranged students

However, it is recognition that would have done the most for me. I always felt unworthy of support, because I was left to deal with my own situation and self-remove. For years I struggled with the notion that I had done something wrong by protecting myself. The system’s failing translated to me as if I wasn’t worthy of support, as if what happened to me didn’t really matter. Maybe, I thought, I should have been able to take the abuse. It was that hard stigma that stopped me from telling others, that made it hard for others to understand what I had been forced to do. I felt like I had to battle to be seen, heard and be believed.

I have spent many years campaigning for better visibility for estranged young people. So I am really pleased that today the Scottish Government has announced its intention to take the issues that estranged students in Scotland face more seriously. They are committing themselves to reviewing the circumstances that these students find themselves in, the numbers of estranged young people in Scotland, their backgrounds, their stories and what support is appropriate for government to give.

I have long admired the work that has developed with care-experienced students in Scotland, and research shows that estranged young people face many similar barriers to this group. They are three times more likely to drop out of university than the average students, are less likely to be integrated into the student community and lack a safety net to fall back on. Thus extending out corporate parenting structures and giving a similar level of bursary through SAAS seems entirely appropriate.

A number of students have campaigned for this step in Scotland with us, and have bravely come out and told their stories. These are painful experiences to share, and their determination to be seen and heard for who they are is so admirable. Perhaps the most important aspect of yesterday’s announcement is that politicians have not turned their head away from this gnarly and hidden disadvantage, and are taking these students and their struggles seriously. Their truth is seen, believed and the righteousness of supporting them has been acknowledged. That has to be a small step in the right direction.

It is our hope that government follows through for these students during and after this review, and that the system and those that control it don’t let them down once more.