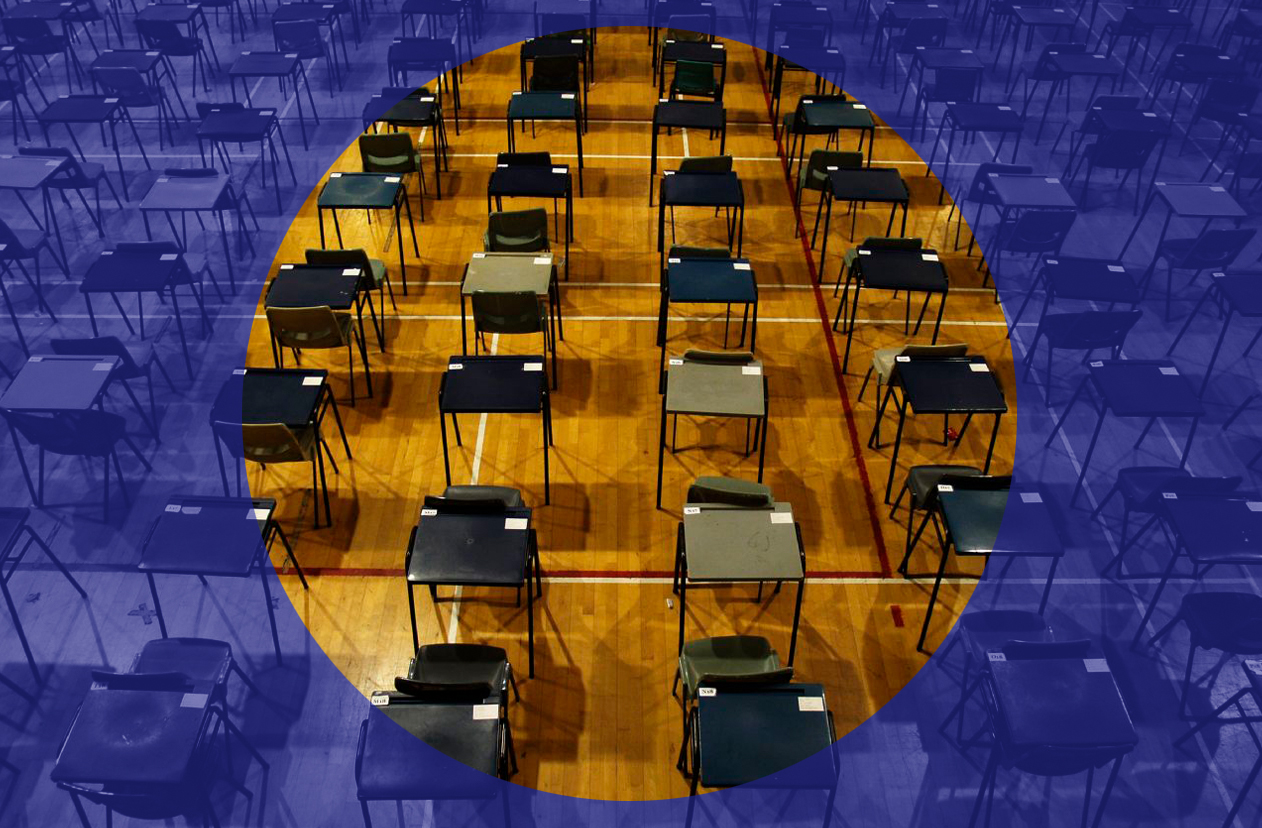 Common Weal communications officer Becki Menzies looks at the SQA grading debacle through her own experience of going to a school in a deprived area. She argues that this should be a wake-up call. If my fifth year exams results had been marked by the same SQA methodology as this year, I’d probably not the […]

Common Weal communications officer Becki Menzies looks at the SQA grading debacle through her own experience of going to a school in a deprived area. She argues that this should be a wake-up call.

If my fifth year exams results had been marked by the same SQA methodology as this year, I’d probably not the opportunity seven years later to be writing an article such as this one.

By virtue of my postcode and socio-economic background, I’d be one of those kids that were colossally let down by the Scottish Government last week.

I left school halfway through sixth year with four Highers (three As and a C) and before I’d gotten any offers to go to university.

There’s no need for me to go into details as to why I left school but after being asked by Strathclyde University, I was offered an unconditional place. Because of the school I went to, I was also eligible for LEAPS, a Scottish Government programme for widening access to higher education from under-represented groups

Even with LEAPS, my place at university could easily have been taken away if my grades were ‘moderated’ in the same way as the 2019/20 cohort have experienced. The knock-on effect of that would been that it would be difficult to get in to my current role as Communications Officer for Common Weal.

When I was at Inveralmond Community High School in 2012, just 15 per cent of S5 pupils were achieving Highers, 12 per cent below the Scottish average. The school’s catchment area has three of the most ‘deprived’ zones in West Lothian.

In 2018 Inveralmond had the highest registered number of free school meals (24 per cent) out of the 11 secondary schools in West Lothian.

Deprivation as a word does not sit well with me, but for the purpose of this article I’m using it to describe a reality that has been shaped by decisions made by governments: policies that rip out funding for essential public services such as schools, community centres, health service, libraries, and recreational parks; good jobs replaced by precarious ones; hollowed out local high streets; insecure housing; and limited opportunities.

Why then, when we know young people from ‘deprived’ areas have the odds stacked against them, did the Scottish Government throw yet another hurdle in their way and downgrade results at double the rate of their more affluent pals, all for statistical ‘credibility’?

Nicola Sturgeon today apologised for the SQA’s colossal failing of predominantly working class pupils’ across Scotland. But it’s not enough.

Even if the results are rectified based on teacher estimations, rather than historical trends, wider questions must be asked about why the Scottish Government did not deem teacher’s estimates to be credible in the first place. Is it that hard to believe that the attainment gap between rich and poor wasn’t actually as big as we thought?

If anything, the results this year based on teachers estimations show that in terms of coursework working class kids perform just as well as those from more affluent communities. However, when it comes to exams they tend to fair worse.

There are clear reasons for this. Exams favour people who have the time and ability to memorise a lot of information and the confidence to respond well to a high-pressure environment. They also rely on you studying a lot at home – and that’s all good if you’ve got a nice quiet space to study free of distraction, and if you don’t have other anxieties, pressures and stresses to deal with and have people around to support you. But if you don’t?

Instead of accepting that actually teachers and coursework, not outdated memory tests, are better suited at judging a young person’s overall academic abilities, the Government has potentially ruined the academic chances of a generation.

Beyond high school, those from lower incomes who manage to get into university are still faced with more barriers than those from richer households.

Free university tuition is great – I benefited from it. But it hasn’t actually increased the number of working class kids getting into university nearly as much as it should. The latest available data shows that less than 26 per cent of people from ‘deprived’ areas went into higher education whereas 62 per cent of those from the richest communities did. When I went to university in 2012 those figures were 20 per cent and 59 per cent respectively, so there’s a slight improvement since then, but that progress is painfully slow.

Whilst your tuition is paid, who covers the living costs that come with being a student? It’s expensive and, yes, you can get a part time job and take out a loan but the psychological stress of juggling employment, studies and being skint all the time has a detrimental impact.

There’s a lot more I could say about education; school shouldn’t be about gearing kids up to be the workforce of the future; there shouldn’t be an emphasis on university education and a stigma to leaving at 16 and getting a job or going to college; nor should going to university be encouraged for some and not others. It’s not just one thing that needs to change.

The decision to knowingly shaft working class students must be rectified by the Scottish Government, and that should just be the start of a bigger debate about the future of education. We can’t let another generation of working class young people have their futures harmed by an unfair education system reinforcing an unequal society.