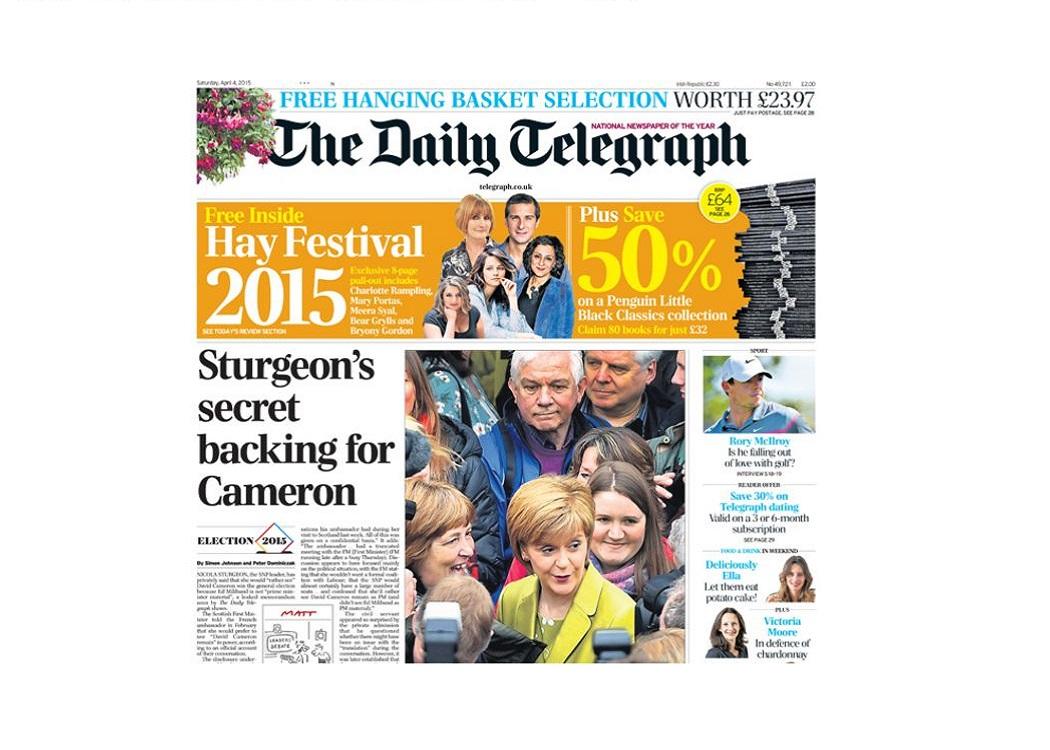 This was Labour’s experience during the independence referendum. The party’s decision to campaign alongside the Conservatives in defence of the Union shattered its credibility in once rock-solid urban constituencies. Now Labour is heading for a rout of biblical proportions on 7 May, as the SNP soaks-up the bulk of Scotland’s sizeable left-of-centre, anti-Tory vote.

For this reason above others, I’m sceptical of the Daily Telegraph’s “bombshell” story this morning.

Click here to read the full story on Bella Caledonia.