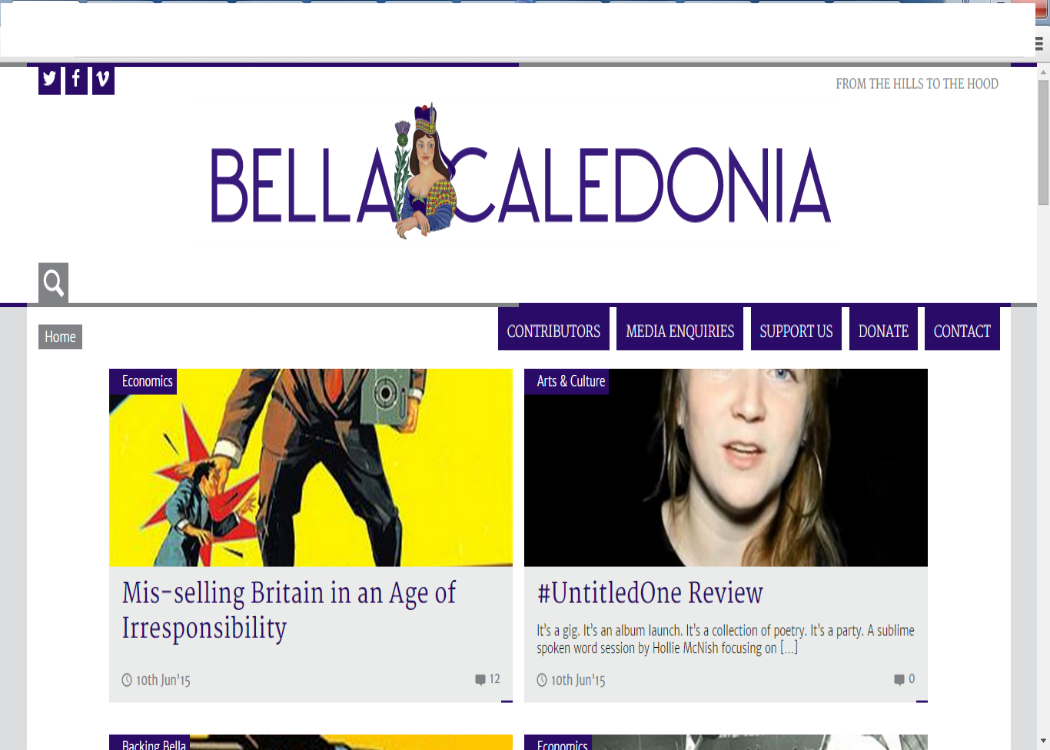 Bella Caledonia fundraiser is 93 per cent funded with 24 hours to go.

BELLA Caledonia has just one day left to reach its fundraising goal of PS50,000.

The money will enable the new media blog to keep going up to the Holyrood elections next year.

It has already raised 93 per cent of its target after raising over PS40,000 in a month and is having one final push on indiegogo to get the remaining PS3,550 before the deadline.

Editor Mike Small, who founded the site along with Kevin Williamson in 2007, said: “While our message may be distinctive, it’s more the structure of how we operate that makes us different.

“We have our base in the idea of citizens’ media, or what some people call the 5th Estate. Instead of mimicking the format of traditional media we are trying to facilitate lots of people being able to create their own content, whether that’s in written form or in video or photography.”

There are perks at all donation levels from postcards to limited edition posters and other goodies. All who chose perks will be invited to the summer ‘supporter’s reception’.

The money will allow Bella Caledonia to appoint a full time editor and make sure all contributors are paid fairly, as well as keeping its office up and running.

Bella Caledonia has been named in the top 10 political blogs by Cision.

The site wants to use some of the money to start an annual gathering that focuses on participative media in Scotland. This will include workshops, talks and other training for those in new media.

It has receved support from a diverse range of writers and journalists. Writing on the site playwrite and novelist Alan Bissett said its “quality and breadth is unmatched elsewhere.” Broadcaster Andrew Marr said it’s “brimming with creativity, political punch and argument.”