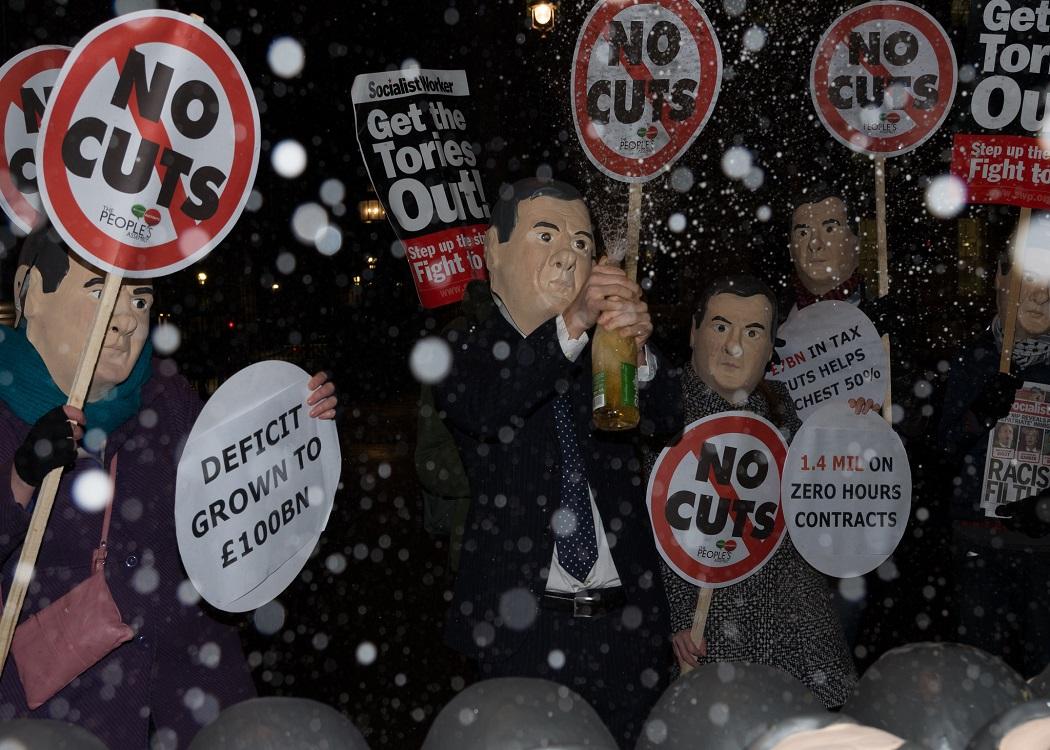 AT another election, the British electorate is yet again being offered ‘old rope for new’.

The 2015 British election offers a political choice for the UK between Labour and Conservative, that beneath the banal knockabout and windy rhetoric, offers a distinction without a difference: a single, uniform, Mandevillean, neo-liberal ideology that is beyond peradvanture a proven, catastrophic failure for the peoples of the UK: whoever is elected you will receive broadly the same Austerity economics in order to achieve a cap on the National Debt that never, ever actually materialises.

Attempting Austerity economics again after the election, a British Government would be faced by the imminent ruin of the British economy, as Cameron’s Government discovered in 201-12, and in the end they would do the same with Deficit and Debt that they did from 2013; change tack, pretend they hadn’t, and kick the can down the road.

The City is pulling the strings of this Westminster Cartel policy in its own interests, and certainly not in yours; and the strings the City likes best to pull are your heartstrings. Conservative and Labour follow their City masters and set out to persuade the elecorate not to leave future generations, your future generations, with a heavy burden of debt; an objective, it must be pointed out, that no British government can possibly meet in any immediate future.