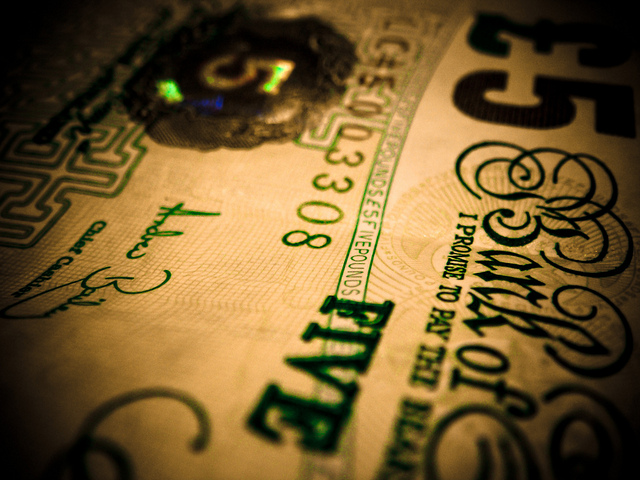 THE yes movement, and the yes case, is in a malaise and in dire need of an injection of new ideas and energy.

It’s hardly necessary to waste time justifying this statement, one just has to log-in to Twitter and bear witness to the movement eating itself (I’d recommend not bothering…).

Animating this unedifying scene are short and long-term problems of far greater substance.

Short-term, it is not clear what the next step is as Nicola Sturgeon has effectively parked the issue until Brexit has worked itself through and we find out the lay of the land, both constitutionally and in the court of public opinion.

Long-term, the Yes case of the 2014 white paper is now severely out-dated as the world has moved on in the past three years. Plus, there is now an existential threat to the idea of independence being the natural home for those of a social democratic hue in the form of a revived Labour party under Jeremy Corbyn.

“None of this is necessarily catastrophic, but it could be if we don’t make use of this dip to renew. As Churchill said, never let a good crisis go to waste.”

None of this is necessarily catastrophic, but it could be if we don’t make use of this dip to renew. As Churchill said, never let a good crisis go to waste. The present situation is an opportunity to throw out some bad ideas from last time and introduce better ones.

With that in mind, economist and tax expert Richard Murphy’s article in the National last week is a good starting point. Murphy makes four substantial points:

The implications of this are profound. I have argued in this column previously that the greatest success of George Osborne and co was to convince us of a big lie: that the Great Recession in 2008 and its aftermath was a problem of government deficits, and that the basis for future economic stability is government surpluses.

In brief, the crash was actually caused by the excessive weight of private debt in the economy, most spectacularly in the US housing market. Since then the drive for government surpluses through austerity has sharply reduced the ability of the economy to recover as demand is sucked out, while creating a new build up of private debt all over again, which in turn drives greater inequality and greater control of the economy by parasitic elements – banks and rent-seekers – which acts as a dead weight on productivity, which (along with under-employment) puts a downward pressure on wage growth.

We should understand the potential ramifications of Murphy’s argument in this context of austerity-driven economic stagnation: it doesn’t have to be this way in an independent Scotland, but only if we have our own currency and unleash its full power to re-balance the national economy. It should be pretty obvious that this is a long way off the argument made in the Scottish Government’s 2014 white paper, which worked within the neoliberal paradigm of balanced government budgets and proposed a monetary union with the rest of UK with Scottish representation on the Bank of England’s board.

“We should understand the potential ramifications of Murphy’s argument in this context of austerity-driven economic stagnation: it doesn’t have to be this way in an independent Scotland, but only if we have our own currency and unleash its full power to re-balance the national economy.”

Since then oil prices have fallen, increasing an independent Scotland’s prospective budget deficit, and the UK is leaving the European Union, making a monetary union unfeasible. The 2014 argument can therefore no longer be sustained, but neither should it be – it was based on an entirely unambitious prospectus that would have trapped an independent Scotland within the UK’s City of London-dominated macroeconomic framework.

If you still have any doubt about the dangers of monetary union I would suggest picking up a copy of Yanis Varoufakis’ memoir Adults in the Room as a blow-by-blow case study of how a country can be impoverished on mass if it does not control its currency and central bank. The European Central Bank and its client, the Central Bank of Greece, were weaponised to create and fuel a bank run on Greece’s banks during the stand-off between the Syriza-led Greek Government and the Eurogroup. Starving ATM’s of cash for a week – the very opposite of what a Central Bank is supposed to do – the ECB left Varoufakis, the Greek finance minister at the time, struggling to keep the Greek economy on life support.

“It is both absurd and lethal for a Finance Ministry to lack the support of its central bank,” Varoufakis states. “One of the absurdities during that awful week, as we struggled to make very little liquidity last as long as possible, was that I did not even know how much liquidity there was in the system.”

It would be naïve to assume that there could be no circumstances in which this could happen to an independent Scotland at the hands of the Bank of England.

But neither is Sterlingisation a credible alternative to this – while Scotland using the UK currency independently of the rest of UK would allow for a degree of flexibility, key aspects of monetary policy – most importantly monopoly over money creation – would still be dictated by London, drastically restricting the scope of actions Edinburgh could pursue to those within the limits of the rUK economic model.

Only a Scottish currency fully controlled by a Scottish Central Bank could allow an independent Scotland to utilise its currency to maximise its national resources. What does this mean in practise?

“27.5 per cent of of working age adults in Scotland are either unemployed or economically inactive, with an additional 10.3 per cent estimated to be under-employed – in part-time work who want to be in full-time work. That’s over one-third of the potential workforce under-utilised.”

Let’s just think about two ways in which Scottish resources are currently under-utilised – unemployment and Scotland’s renewable energy capacity. 27.5 per cent of of working age adults in Scotland are either unemployed or economically inactive, with an additional 10.3 per cent estimated to be under-employed – in part-time work who want to be in full-time work. That’s over one-third of the potential workforce under-utilised. There is also a huge amount of untapped potential capacity for renewables in Scotland. Here’s a breakdown of Scotland’s existing renewables usage verus potential (as of Q3 2014):

Unquestionably, this is a huge amount of untapped human and natural resources. There is no reason why new Scottish pounds could not be created to increase the supply of jobs in the renewables sector, which would in turn expand the economy, creating its own tax returns. Renewables is just one sector where there is plenty of ‘slack’ in the Scottish economy – whether it be social care or house building/renovation there is no shortage of tasks needing done that are either not currently being done or not currently being paid for.

This could be most efficiently organised through a government Job Gaurantee Scheme – anyone who wants work would get a guarantee of a job offer from the government scheme, working closely with the Central Bank. Every time a new job was created, new money would be created to fund it. (I have discussed how this scheme could work in more detail, including in collaboration with a Universal Basic Income, in a previous column.)

“The idea would be to create real full employment, i.e. not the punitive, fake full employment the UK Government is trying to create through pushing people into taking up what anthropologist David Graeber has called ‘bullshit jobs”.

The idea would be to create real full employment, i.e. not the punitive, fake full employment the UK Government is trying to create through pushing people into taking up what anthropologist David Graeber has called ‘bullshit jobs’ – agency work, zero-hours contracts, temporary work, a few hours a week self-employed etc – which is largely based on creating incentives in the welfare system to declare oneself employed to access tax credits and other benefits.

A vision of an independent Scotland with its own currency that is mobilised to put everyone in Scotland into fulfilling work aimed at making the most of the country’s abundant natural resources is one that inspires me. For it to be credible it requires an all-out attack on deficit-obsessed economics and the establishment of a whole new set of criteria for economic performance. Fundamentally, it requires an understanding that a country with its own sovereign currency is limited in its economic development not by how much money it has, but by how effective it is at putting money to productive use.