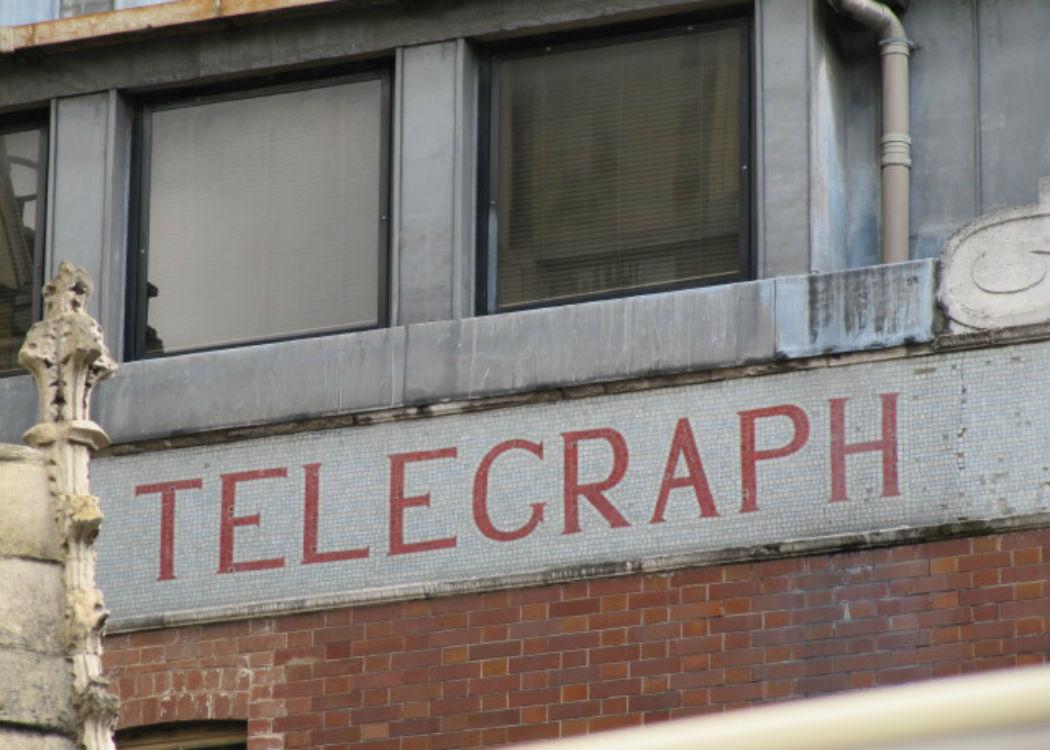 The press is dominated by the interests of the rich, and we should be looking at radical solutions to save media ethics in the modern age, CommonSpace journalist Ben Wray argues

THERE is a deeply held and understandable fear in politics of the press being controlled by the politicians they should be holding to account. We all know about Pravda and the monumental lies it concocted about the euphoric lives of Russian workers under Stalin. But what about if the media was controlled by the bankers it should be holding to account? Is that any better? After all, in this age of globalisation, as Tony Blair likes to say, the global financial elite are at least as powerful as the politicians.

Peter Oborne’s shocking resignation letter from the Telegraph reveals the naked truth about what has complacently been labelled ‘the free press’. It is clearly no such thing.

Oborne lambasts the Telegraph’s coverage of the bank HSBC’s recent tax scandal as a “fraud on readers”, revealing the extremely limited nature of the paper’s coverage compared to rivals. He explained how articles of his about HSBC were mysteriously knocked back for no good reason, and cites other examples of times the Telegraph has been neglectful in its coverage.

The chief executive, Murdoch MacLennan, admitted that advertising affected coverage, according to Oborne’s resignation letter, but was “unapologetic”. Another former Telegraph executive told Oborne that HSBC was “the advertiser you literally cannot afford to offend”.

How “free” does the private sector press look now?

Oborne stated that Telegraph reporters some time ago were tipped off on an HSBC tax scandal story similar in nature to BBC Panorma’s expose earlier this month, but had later been “ordered to destroy all emails, reports and documents related to the HSBC investigation”. Oborne added that he’d learnt that lawyers representing the Telegraph owners, the Barclay Brothers, had got involved in the investigation, which he said was a “remarkable departure from normal practice”.

How “free” does the private sector press look now? As Oborne rightly points out, the Telegraph would be lambasting the BBC left, right and centre if it failed to properly cover something as big as the HSBC tax scandal. What he failed to add is that there would also be clamours for the BBC to lose its licence fee funding, as there always is whenever it makes a serious mistake.

Of course, I am no ardent defender of the BBC, especially given its lamentable Scottish independence referendum coverage – but neither will I fall into the ridiculous notion that somehow the BBC is more infected by vested interests than private sector newspapers are.

These employers are ruthless and have little regard for the journalistic trade.

In the wake of the phone-hacking scandal, those who argued against regulation gave the impression that journalists are currently uninhibited bastions of the truth. But there are very, very few journalists in the UK that would write a story slamming their employers, as Oborne has with his former employers, because they probably wouldn’t be employed for long.

These employers are ruthless and have little regard for the journalistic trade; forget the cartoon villain of Rupert Murdoch for a second – CommonSpace ran a story last week about how Newsquest, the paper that owns the National and the Sunday Herald in Scotland, was laying off workers while charging students to write for its titles.

The whole nature of the media and media ethics is infected by what is ultimately class prejudice: the Daily Mail wouldn’t think twice about making up defamatory stories about poor immigrants or people on benefits because it knows they can’t sue, whereas editorial staff would think carefully before putting a word too far out of place about, perhaps, a member of the royal family. In fact, even if it wanted to write a story about the super-rich, it might get hit by a super injunction before getting the chance, denying the right to freedom of expression in law.

The whole nature of the media and media ethics is infected by what is ultimately class prejudice.

Re-focusing on the immediate issue of advertising – why don’t we take some simple steps to address it? Make all newspapers reveal on their websites who they take advertising money from. Make it illegal for advertisers to tie any conditions to the advertising money beyond the advert itself. When a story in the paper is directly related to the advertiser, put it as a statement of disclosure as a footnote at the bottom of the page. Ban content advertising, where adverts are placed into the content of what appears to the reader as a news article (an increasingly prevalent phenomenon known as ‘native advertising’).

I could get much more radical – why don’t we ban advertising all together? Paper’s would go bust, you say, well they are going bust anyway, so why don’t we do something serious to ensure professional journalism survives, free of corporate influence? Why don’t we set up a publicly run version of the press association, with an independent oversight committee, to do original journalism?

Who’s going to fund journalists in the age of austerity, you ask? Well we probably need to do something about that economic vandalism too, but I’m definitely straying off topic now.

In the meantime, before I can set the world to rights, I’ll slightly mischievously end by saying in Scotland there are news agencies that are free of advertising and rely on the support of ordinary punters to do their work. One of which is CommonSpace, and you can donate to it by clicking here.