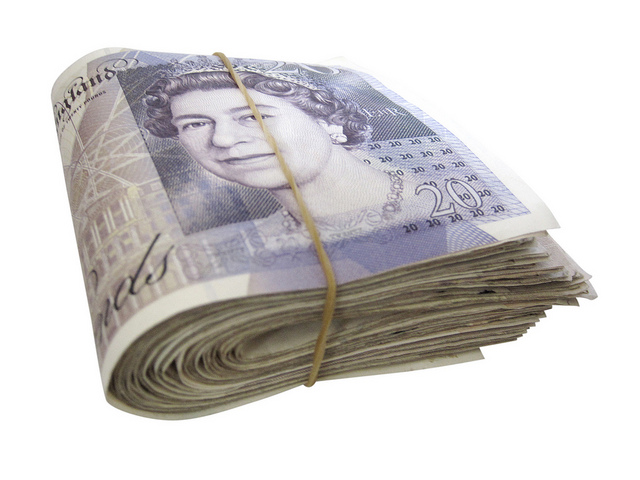 A ‘CITIZEN’S INHERITANCE’, a new proposal under which 25-year-olds would receive £10,000 in order to boost their economic prospects and redress the UK’s enormous generational inequality, has been criticised by Scottish Green housing spokesperson Andy Wightman MSP as an imperfect solution to the Scottish housing crisis.

Published on Tuesday [8 May] by the independent think tank the Resolution Foundation, which researches potential policy solutions to improve the living standards of those on low and middle-incomes, a new report for the Intergenerational Commission makes the case for a citizen’s inheritance from 2030 onwards, under which £10,000 would be made available from the age of 25 to all British nationals or people born in the UK.

The citizen’s inheritance would come in the form of restricted-use cash grants, and would have four permitted uses: funding education, training, or paying off tuition fee debt; being put towards a deposit for rental or home purchase; investing in pensions; and starting up new businesses, which can also be supported by existing entrepreneurship.

The Resolution Foundation report costs the proposal at £7bn per year, and would be funded principally by lifetime receipts tax, with additional revenues drawn by liquidating matched saving schemes such as Help to Buy and Lifetime ISAs.

“Younger generations are bearing more risks and holding fewer assets than their predecessors. We need to redress that imbalance.” ‘The new wealth of our nation: the case for a citizen’s inheritance’, The Resolution Foundation

Additionally, in order to reflect the experiences of those who entered the labour market during or since the 2008 financial crisis, the introduction of the citizen’s inheritance would be phased in, beginning with 34 and 35 year olds receiving £1,000 in 2020. Every subsequent year, the amounts paid would rise, and be paid to younger groups, until a steady-state is achieved in 2030.

The aim of the citizen’s inheritance is to address the generational inequality between those who were born before 1960, who on average benefited from the UK’s wealth boom during their youth and early adulthood, and millennials (those born between 1980 and 2000), whose income and stability have suffered in the wake of the financial crash, threatening what the Resolution Foundation describes as “the social contract between the generations that the state has a duty to uphold.”

“Younger generations are bearing more risks and holding fewer assets than their predecessors. We need to redress that imbalance if we are to maintain the promise of an asset-owning democracy,” the report says.

However, with the lack of social and council housing across the UK a pressing political concern and the housing crisis in Scotland affecting young people in precarious and low-income circumstances, Scottish Green MSP Andy Wightman has expressed scepticism about the desirability and potential effectiveness of such a scheme.

Speaking to CommonSpace, Wightman said: “My view is, the property ladder is a redundant concept. It implies an escalation of property values, and it is far more sensible to adopt policies – including taxation on land and property – that redistribute that wealth through society, and are designed to ensure that the costs of housing, whether that’s renting or owning, do not exceed the rate of inflation in the general economy.

“So I think the key challenge for government is to reduce housing costs, and giving 25-year-olds £10,000 is not especially helpful if it merely contributes to further inflating the demand-side of the housing economy.

Wightman continued: “Wealth inequality is rising, and a substantial contributory factor to that is land and property wealth. Land, as a part of property, has been increasing in value at a faster rate than property itself; the ONS has started publishing data on that.

“The key challenge for government is to reduce housing costs, and giving 25-year-olds £10,000 is not especially helpful if it merely contributes to further inflating the demand-side of the housing economy.” Green MSP Andy Wightman

“So in circumstances where those under 35 are increasingly being frozen out of any realistic housing options, due to insecurity and expense, the priority should be in capturing the wealth that is unearned in land and property through well-designed, recurrent capital taxes, and ensuring that all people have got access to genuinely affordable, warm homes and choices in the housing market.

“A big part of that solution is going to be converting into use existing stock [and] building a substantial number of council houses, as opposed to social homes – because I think the voluntary charitable sector, which is the housing association movement, has got limited capacity to deliver that scale of building. Councils can do that, they can borrow prudently to do that, and they increasingly are doing that in places like Edinburgh. So a big part of the solution is to provide council and/or social housing which is genuinely affordable to anyone who wants it. At the moment, that is a sector which is designed and targeted and restricted to those of particular financial means.”

Wightman’s criticisms were echoed by Laurie MacFarlane, Scottish writer, economist and economics editor at OpenDemocracy, who told CommonSpace in response to the report: “More than anything else, it is Britain’s broken housing market that is responsible for the growing intergenerational divide. Much of the wealth that has been accumulated in recent decades has come at the expense of current and future generations who do not own property, who will see more of their incomes eaten up by higher rents and mortgage payments.

“Giving young people money to invest in the property market will only add fuel to the fire. Instead of trying to prop up this broken model, policymakers should focus on returning to a society where houses are viewed as places to live, not as vehicles for accumulating wealth.”

Ben Simmons of the Citizen’s Basic Income Network Scotland also criticised the proposal, while recognising the inequality that had provoked the Resolution Foundation to put forward the idea.

Speaking to CommonSpace, Simmons said: “[The proposal] is not unconditional, so it is predicated on the idea that people don’t know how to spend their own money, an assumption based upon a variation of the ‘feckless poor’ idea. A basic income allows each individual to spend their own money on their own needs, on the assumption that people should be allowed to live their best lives, whatever that means to them.

“The conditionality of the loan and the emphasis on housing means the money immediately goes back to those wealthy enough to own a home in the form of people paying deposits, and subsequently also benefits banks because it will increase the volume of mortgages taken out. You could see it as the government giving people selling their homes a deposit on behalf of the young buyers. It would be helpful to see a greater rate of affordable home building to lower house prices, since without this we will see house prices rise as demand increases, causing diminishing returns for the cash transfer.

“At the same time, a chunk of change to ‘start a business’ or buy a home is not sufficient in and of itself, as it is reliant on the income of the recipient to secure a mortgage and realistically top-up the deposit, or have the skills and experience to run a business, and therefore you can see that this policy is targeted not at those in need, but at the middle class, and will do nothing for social mobility or reduction in inequality amongst peers in a given generation.

“This is not a policy without merit as all citizens deserve policies designed to help them, but simply making a cash payment to citizens does not mean it shares the aims and objectives of a basic income.” Ben Simmons, Citizens Basic Income Network Scotland

“In other words, it doesn’t share the goals of a basic income because of the conditions imposed upon it, and it targets those most likely to cope without it. This is not a policy without merit as all citizens deserve policies designed to help them, but simply making a cash payment to citizens does not mean it shares the aims and objectives of a basic income.”

According to the Independent newspaper, UK Government ministers have thus far reacted “coolly” to the proposal.