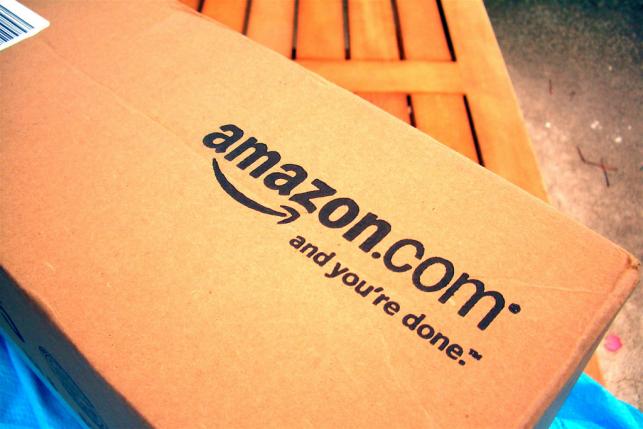 THE BETTER THAN ZERO CAMPAIGN has welcomed the outbreak of industrial action against the e-commerce megacorporation Amazon across several European nations, and has expressed its hope that such strikes spread to the UK.

Beginning on 16 June – known as ‘Prime Day’, one of Amazon’s biggest annual promotions, during which time the sales giant offers deals to those on its subscriber-only Prime service – thousands of Amazon workers have engaged in strike action, seeking to draw attention to poor working conditions, as well as cuts in wages and health benefits.

Nearly 1,800 workers in Spain, represented by Comisiones Obreras trade union, are reported to have taken part in the strike on Monday, citing pay cuts and restrictions on time off as their key concerns. In Poland, Amazon workers staged a work to rule action.

Today [17 July], thousands more workers at Amazon warehouses in Germany, represented by the Verdi services union, joined in the industrial action. In a press release on its website, Verdi attributed the health problems suffered by some Amazon employees to their monotonous working conditions, and the harsh mental and physical stress caused by the demands of their employment.

“Amazon has neglected this responsibility for years and denied its people the right to set rules in a collective agreement,” wrote Verdi retail sector spokesperson Stefanie Nutzberger.

“Amazon has neglected this responsibility for years and denied its people the right to set rules in a collective agreement.” Verdi trade union spokesperson Stefanie Nutzberger

“The message is clear – while the online giant gets rich, it is saving money on the health of its workers.”

Those expressing solidarity with the Amazon strike have, since 10 July, refrained from using the e-commerce site for the duration of the action, and also boycotted the company’s many subsidiaries, including Twitch and Whole Foods. Messages of support have also been posted on social media under the hashtag #amazonstrike.

Speaking to CommonSpace, Bryan Simpson, spokesperson for the workers’ rights campaign group Better Than Zero, commented: “We are delighted to see an international campaign against Amazon’s exploitation of its workers. We’ve seen in the UK and in Scotland – Dunfermline, specifically, where they have their biggest distribution centre – members have contacted Better Than Zero, letting us know about Victorian working conditions where workers are actually camping in tents next to the distribution centre, because they can’t afford transport into work. People [are also] being sacked or disciplined for sitting down. That’s what we’re seeing across Europe – Amazon’s exploitation of staff.

“So, we hope that these strikes send a message to the UK – as, I believe, [it is] the largest consumer of Amazon in Europe – that senior management’s exploitation of staff is not going to go without rebuke. And we hope that those strikes spread to the UK.”

Asked how likely he considered the possibility of such industrial action against Amazon happening in the UK, Simpson responded: “Trade union membership within Amazon is low, as it is throughout the retail sector. But we think that’s more to do with fear, than anything else. We’ve certainly struggled, from a Better Than Zero perspective, even getting Amazon workers in Dunfermline to speak to us. And when they do, it’s always entirely anonymous and confidential, because they genuinely worry that by joining a union, by getting involved in Better Than Zero, they’re going to be sacked. And in some cases, migrant workers worry that they’re going to be deported.

“However, amongst union members and non-union members, as far as Better than Zero is concerned, they want to take action. It’s a matter of building confidence amongst the workforce – that if they take action together, they can make quite fundamental change.”

In April of 2017, Amazon aroused controversy in Scotland after it was revealed the company had been given £3.6m in taxpayer money by the Scottish Government over the preceding decade: £2.4m via a regional selection assistance grant and £1.2m in other payments.

“We want employment law to be devolved to Scotland, so that we can make decisions here, because UK Government legislation is so poor for workers. But that should not stop the Scottish Government from acting on everything from procurement legislation to licencing law.” Better Than Zero spokesperson Bryan Simpson

Speaking at the time, Labour economy spokesperson Jackie Baillie MSP called on the SNP to review the support it gave to Amazon. However, a spokesperson for then-Economy Secretary Keith Brown MSP responded that this was “jaw-dropping hypocrisy” given the millions in public money that were also paid to Amazon while Labour was in power in Scotland.

The spokesperson continued: “Amazon are not in receipt of any Scottish Government grants at present, but we will support jobs and investment in Scotland, which is more vital than ever given Brexit.”

However, Better Than Zero believes there is more than the Scottish Government could be doing to improve conditions at Amazon, although it recognises the restrictions it works under, with employment law still reserved to Westminster.

Bryan Simpson continues: “We want employment law to be devolved to Scotland, so that we can make decisions here, because UK Government legislation is so poor for workers. But that should not stop the Scottish Government from acting on everything from procurement legislation to licencing law – we know that city councils have influence over the licences that they give to companies like Amazon, G1, the Hilton – companies we know exploit staff.

“Even in the absence of employment law being devolved, there’s a lot that the Scottish Government and local authorities can do to make sure working conditions are improved to a basic, decent standard. We’ve got examples of workers in hospitality not even being paid the minimum wage, never mind the Living Wage.”

Responding to the claims of the unions involved, Amazon told Wired magazine: “Amazon is a fair and responsible employer and as such we are committed to dialogue, which is an inseparable part of our culture. We are committed to ensuring a fair cooperation with all our employees, including positive working conditions and a caring and inclusive environment.”

It was also revealed this week that Amazon founder Jeff Bezos, the world’s richest man, is now worth $150bn (or £113bn) according to the Bloomberg Billionaire Index. His net worth has increased by over $60bn in the lates year, Bezos came under fire earlier this year after telling Business Insider that the “only way” he could see to spend so much money would be by converting his “Amazon winnings” into space travel. Critics suggested that Bezos instead consider spending the money on improving conditions for Amazon workers.

“The only way that I can see to deploy this much financial resource is by converting my Amazon winnings into space travel.” –Jeff Bezos, worth $147 billion

Mr. Bezos, here’s another idea. Pay your workers enough so that thousands of them no longer have to rely on food stamps.