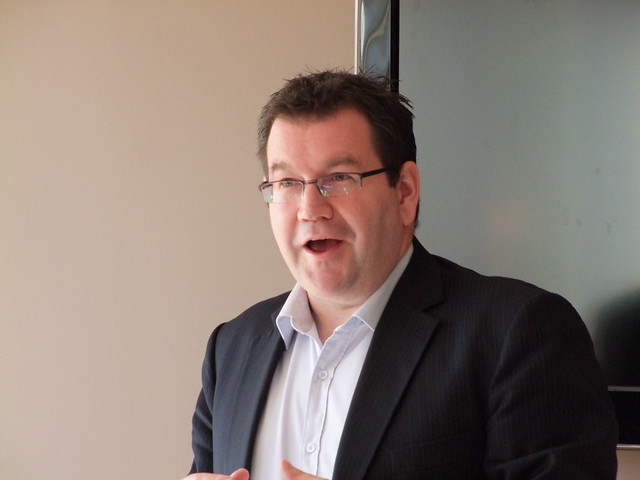 Finance Minister: “GDP remains an important measure of activity in the economy, but it doesn’t tell us about the quality of that activity”

NEW ZEALAND will be the first country in the world to base its performance on wellbeing indicators of progress, according to Finance Minister Grant Robertson, who made a speech about the upcoming budget to business leaders on Tuesday [14 May].

The move comes after years of coinciding high growth rates coinciding alongside growing social problems, including the largest per centage of people homeless in the OECD.

Speaking during a pre-Budget speech to the Wellbeing Chamber of Commerce, Robertson said that New Zealand is predicted to grow faster than the global average in the next two years, but that the country’s economy could not be considered a “rockstar”, as some commentators have argued, while social problems persist.

Robertson said: “For many New Zealanders the use of this phrase was jarring when they heard it years ago. Sure, we had – and have – GDP growth rates that many other countries around the world envied, but for many New Zealanders, this GDP growth had not translated into higher living standards or better opportunities. How could we be a rockstar, they asked, with homelessness, child poverty and inequality on the rise?”

He added: “GDP remains an important measure of activity in the economy, but it doesn’t tell us about the quality of that activity… Our government will measure success by how well we improve the living standards and wellbeing of our citizens.”

The Budget Policy Statement (BPS) on the New Zealand Government website states: “This will be New Zealand’s first Wellbeing Budget and so, for the first time, the BPS contains a Wellbeing Outlook (instead of just an Economic and Fiscal Outlook) that describes the current state of wellbeing in New Zealand and what this may mean for future wellbeing.”

Based on this Wellbeing Outlook, which has given weightings to what should be prioritised financially in the Budget priorities, five priorities have been proposed:

– Supporting businesses to transition to a sustainable and low-emissions economy

– Supporting innovation and social & economic opportunities in the digital age

– Supporting mental wellbeing, with a special focus on young people

Robertson said that Ministers will have to show how their policies will contribute to these priorities, saying that the new Budgetary approach aimed to “break down silos” in government policy-making, encouraging cross-agency working.

READ MORE: Robin McAlpine: ‘Your bloody GDP, not ours’ – why the Growth Commission might not change minds

“This acknowledges our system doesn’t work for Māori… Prisons are a moral and fiscal failure,” he added.

However, the Budget operates within the Pacific island’s tight fiscal rules, which include reducing debt to 20 per cent of GDP by 2022, five years after the Labour Party and New Zealand First coalition government took office. A budget surplus of $1.7 billion New Zealand dollars is anticipated to rise to $8.4 billion by 2022/23.

New Zealand was highlighted in the SNP’s Growth Commission report, published last year, as one example of a high-growth small independent nation to follow, but that view was criticised by tax economist professor Richard Murphy, who said that New Zealanders were now rejecting that economic model.

“It is interesting to note that the people of New Zealand are now looking to reject the model that Scotland is looking to copy. There is good reason why they did so, and an equally good reason for thinking that their reasons explain why this policy would not be good for Scotland,” Murphy said.

Katherine Trebeck of the Wellbeing Economy Alliance wrote in the Herald last month that the Growth Commission should heed New Zealand Prime Minister Jacinda Ardern’s criticisms of a GDP-orientated approach.

Trebeck argued: “The report points to New Zealand’s economy of the last decade or so as something to emulate but turns a blind eye to New Zealand’s concerted efforts to move away from previous growth-ist orientation and instead build a wellbeing economy. Prime Minister Jacinda Ardern says: “People look [at our GDP] and say ‘you’re doing OK’. But we have homelessness at staggering rates, ones of the highest rates of youth suicide in the OECD and our mental health and wellbeing is not what it should be. We need to address the societal wellbeing of our nation, not just the economic wellbeing.”

“These words could apply to Scotland. We should accompany New Zealand in imagining and creating an economy suited to the environmental realities of our age and which ensures the economy works for all, not just the privileged few.”