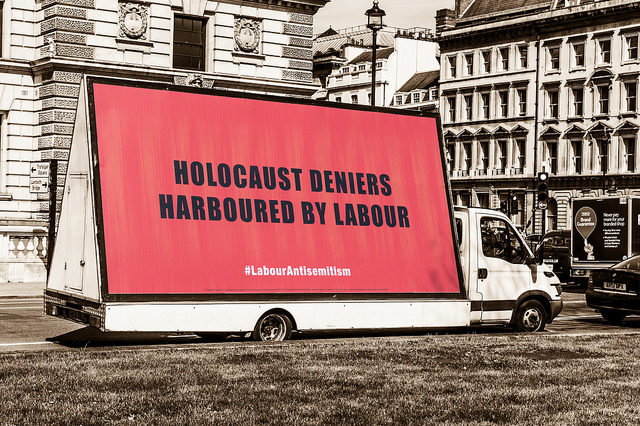 Beyond the Noise with David Jamieson is a new weekly podcast with CommonSpace journalist David Jamieson, where he gets behind the 24/7 outrage-driven social media news circus to the heart of the big political issues, finding the substance behind the headlines.

In this first episode, Jamieson looks at Labour’s anti-Semitism crisis, which has hit its apex this week with Israel Prime Minister Benjamin Netanyahu’s intervention.

Jamieson explains why he considers the claims to be “nonsense” and “mainly just wrong”, a smear campaign which has morphed and mutated to the point of absurd claims about Jeremy Corbyn “without any reference to evidence”.

Key issues Jamieson explores in the podcast are:

– How the smear campaign has become increasingly unhinged and blatantly anti-Palestinian, including Margaret Hodge’s latest comments on Sky News.

– Netanyahu’s role in this affair, including his controversial comments about the holocaust and his alliance with Hungarian ruler Viktor Orban.

– Jewish opposition to the anti-Semitism claims in Labour

– How the crisis has played out in Scottish politics

– The apparent inability of the Left to be able to be able to respond effectively to the crisis, and what that says about contemporary left politics

ENJOY COMMONSPACE? Get our daily newsletter so you can keep up-to-date