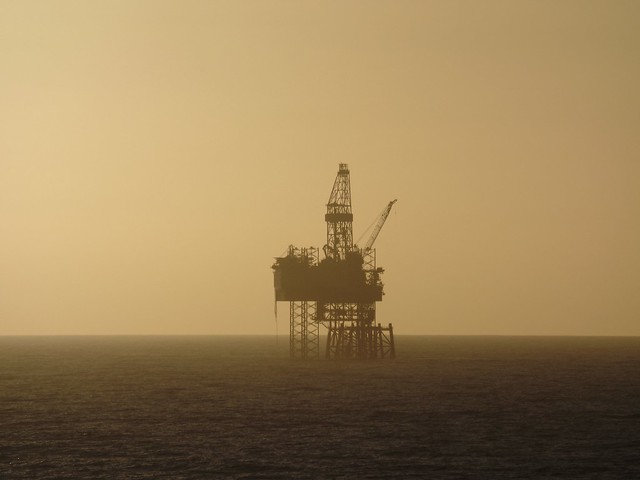 THE OIL AND GAS AUTHORITY has faced criticism from the Scottish Greens and environmental campaign groups for its decision this week to open up applications to explore hundreds of large areas of the North Sea and the West of Shetland.

A total of 768 blocks or part-blocks have been put on offer by the OGA across “mature” producing areas on the UK Continental Shelf, in the first round of licensing for exploratory drilling since the UK’s commitment to cutting greenhouse gas emissions to net zero by 2050.

“There needs to be an acknowledgement from government and industry that maximum economic extraction of oil and gas cannot happen if we’re going to turn this around.” Scottish Green spokesperson

Simultaneously, the OGA has released a package of data intended to aid the oil and gas industry “revitalise exploration”, which in 2018 hit its lowest levels since the 1960s.

Reacting to the news, a Scottish Green spokesperson said: “Given the UN have said we have 11 years before climate change becomes irreversible, this decision is unsustainable and dangerous.

“If we are serious about tackling the climate emergency head on, a just transition needs to start right now, not after we’ve extracted every last bit of oil and gas.

“There needs to be an acknowledgement from government and industry that maximum economic extraction of oil and gas cannot happen if we’re going to turn this around. That means investment in the alternatives and securing jobs has to step up immediately.

“We can’t burn all the reserves we already know about, and we should not kid ourselves on that further exploration is a responsible option.”

WWF Scotland director Lang Banks also commented that the latest move to open up areas for oil and gas drilling “undermines other efforts to tackle the climate emergency”.

Banks said: “We instead need to see a just transition that enables us to harness the engineering skills currently deployed in the oil and gas industry and apply them to supporting a range of cleaner forms of energy production.”

Mary Church, Head of Campaigns at Friends of the Earth Scotland – which recently published a report with Oil Change International and Platform which found that the UK’s oil and gas drilling plans, along with the Scottish Government’s support for them, are compatible with responding to the climate emergency – said that granting licences in the new oil and gas round will “take us well beyond the point of climate breakdown.

Church continued: “More interested in servicing corporate interests than protecting life on earth, the UK Government is planning to extract far more than its fair share of oil and gas, and the Scottish Government is fully behind this, despite its rhetoric of climate leadership.

“If we begin a planned transition now, renewable industries can create hundreds of thousands of decent clean jobs where they’re needed, and fill the economic gap left by the oil industry.” Platform campaigner Anna Markova

“Real climate leadership means making tough decisions now to put us on a path to a climate safe future. Tackling the climate emergency means we must ban oil and gas exploration, and redirect the vast subsidies propping up fossil fuel extraction towards creating decent green jobs in a zero carbon economy. A Just Transition for workers and communities currently dependent on high carbon industries is an essential part of that.”

Platform campaigner Anna Markova added: “Climate science says we have to stop drilling for oil. Each new oil and gas licence takes us closer to a ‘no-deal exit’ from oil extraction, crashing out without protecting jobs, ports, construction yards. If we begin a planned transition now, renewable industries can create hundreds of thousands of decent clean jobs where they’re needed, and fill the economic gap left by the oil industry.

“But to make this happen, UK and Scottish governments must work with trade unions, safeguard an equivalent job guarantee for oil workers, and drive the transition with all the available tools, from national investment banks to public energy companies to education and skills agencies.”

The Foe Scotland/Platform/Oil Change International report, ‘Sea Change’, found that the UK’s 5.7 billion barrels of oil and gas in already operating oil and gas fields will exceed the UK’s share in relation to the Paris climate goals, but that industry and government aim to extract 20 billion barrels regardless.

The report also determined that the additional oil and gas extraction enabled by recent subsidies will add twice as much carbon to the atmosphere as the phase-out of coal power saves, and argued that, with the right policies, clean industries could create more than three jobs for every North Sea oil job at risk, which could enable an “equivalent job guarantee” for every oil worker.

Greg Muttitt, Research Director at Oil Change International, said of the report: “Our report exposes the elephant in the room of UK and Scottish climate policy: the government is pushing increased oil drilling while seeking to decrease carbon emissions, and it just doesn’t add up.

“We are facing a climate emergency, and government needs to get serious about a transition to clean energy, rather than maximising North Sea extraction and putting billions of pounds of subsidies in the pockets of oil companies. When you’re in a hole, you need to stop digging.”

However, the OGA has responded to criticism by arguing that oil and gas are still seen as part of the UK’s future energy mix. An OGA spokesperson said: “Maximising economic recovery from the UKCS is vital to meet our energy demands and reduce reliance on imports.”

OGA chief executive Andy Samuel has also previously stated he would take a “dim view” if drilling stays at its current subdued levels.

The closing date for applications is 12 November, 2019, with final decisions expected to be made next year.