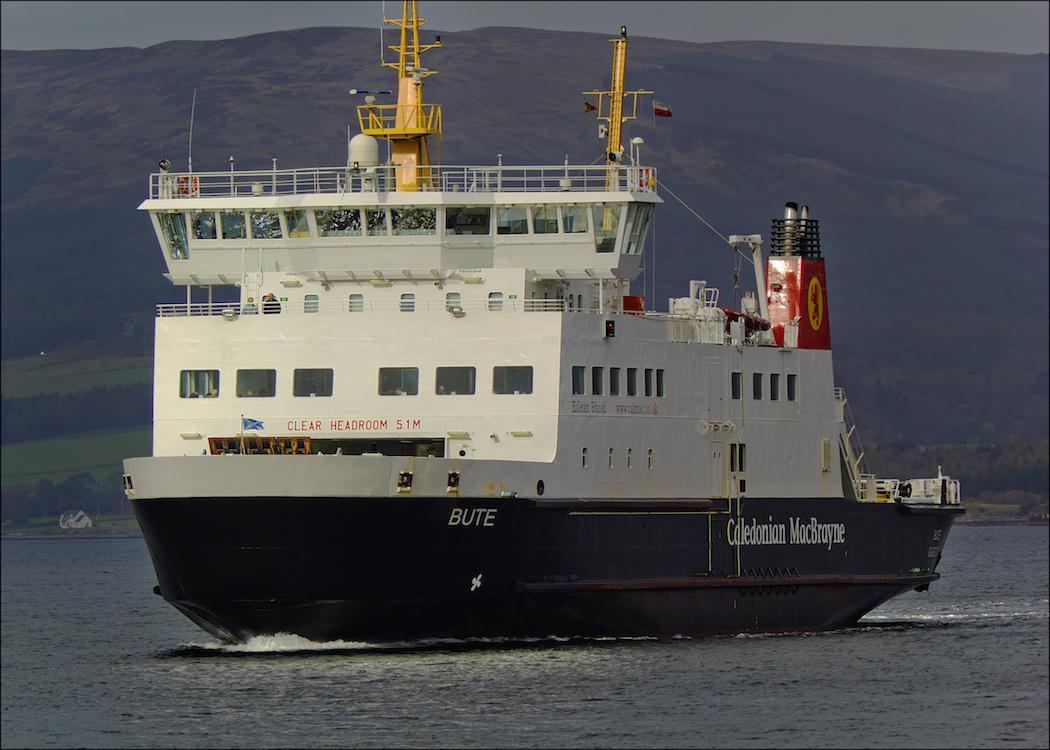 FERRY workers and trade unionists were watching from the public gallery in Holyrood as the Scottish Government defended its decision to put the west coast ferry service, worth PS1bn, out to tender.

An attempt by Scottish Labour to halt the controversial tendering process was defeated on Wednesday, with parliament instead supporting an SNP amendment backing the bidding process.

The Clyde & Hebridean ferry service, incorporating almost all the routes to the Western Isles and around the Clyde, could be taken over by private operator Serco next year. It’s part of a tendering process which the Scottish Government says is mandatory under EU competition rules.

During the 25 November debate, Transport Minister Derek Mackay repeated the government’s position that “breaking the law is not an option.” His SNP government has consistently argued that there is no way around the rules of the European Commission which forbid favouring publicly owned contractors such as Caledonian MacBrayne.

“We all argued for an exemption but there was no way around it … The EC expects these services to be tendered.” Tavish Scott MSP

Scottish Labour argued that new legal advice given to the RMT union showed the tendering process to be a choice rather than a legal necessity. Speaking in the parliamentary debate, Labour MSP David Stewart called the government’s position a “meek surrender of our national interests”.

“This is the same Serco who were banned from tendering from government contracts by the UK Government”, he went on. “Are they fit and proper to run public services?”

Stewart referred to the fresh legal advice obtained by the RMT which suggested the ‘Teckal exemption’ could be used to get around European rules – but Mackay denied this would be possible.

The current situation goes back to the time of Jack McConnell’s 2003-7 Scottish Labour/Lib-Dem coalition government, when the question of tendering the west coast ferries was first dealt with. In the end, the then-Scottish executive said it had no choice, and the current SNP government says that hasn’t changed.

Tavish Scott MSP, who was Liberal Democrat transport minister at that time, spoke up in the debate to back Mackay. He said: “We all argued for an exemption but there was no way around it … The EC expects these services to be tendered.”

“Where would any profit that [Serco] makes go? To the shareholders. As far as I’m concerned that’s privatisation.” John Finnie MSP

The PS350m Northern Isles Ferry Service contract was won by Serco in 2012, but Scott pointed out that the crew and and captains remained the same. However, Green MSP John Finnie told MSPs that Serco’s treatment of the Northern Isles staff – announcing layoffs just before Christmas – had “prompted the first industrial action on Scotland’s ferries for 30 years”.

Finnie noted that in the event of Serco winning the bid, any profit made would go to shareholders, rather than to the government. He said: “As far as I’m concerned, that’s privatisation.”

The Scottish Government has long maintained that because ferry ports – owned by subsidiary CMAL – would remain in public ownership, a Serco takeover in 2016 would not amount to privatisation.

This was echoed by a Serco spokesperson, who said: “No matter which competitor wins, Calmac will stay in public ownership. We look forward to submitting our bid in 2016.”

But the National Union of Rail, Maritime & Transport Workers (RMT) has been campaigning to stop what it calls the possible privatisation of the west coast routes.

Only two companies are in the running for the PS1bn contract – CalMac Ferries Ltd, a subsidiary of David MacBrayne Ltd, which is wholly owned by Scottish ministers, and private company Serco, which runs prisons, military sites, aviation, traffic and many other formerly state-run services around the world.

Following the debate, RMT organiser Gordon Martin told Commonspace: “We’ve got legal opinion from one of the top QCs in the field. Mackay says the Scottish Government has contrary legal advice – but up until now the government hasn’t shared any of that with us.”

RMT General Secretary Mick Cash said the new legal advice from Gordon Nardell QC “clearly demonstrates that the Scottish Government does not have to continue with the unnecessary and unpopular tendering of CalMac Ferry services”.

Cash urged the government to “explore all options to cancel the tendering and keep CalMac public”.

Earlier this year RMT members on west coast ferries voted 90 per cent in favour of industrial action over the tendering process.

Mackay has promised an independent panel will oversee the tendering process, which he says will be “open and transparent”. Questions were raised during the 2012 Northern Isles tendering process when the only public-sector bid was allegedly returned unopened by Transport Scotland.

“Breaking the law is not an option.” SNP Transport Minister Derek Mackay

The minister did agree to hold talks as a result of the debate, however. He said: “I believe that the legal and policy advice that I have been given is robust, but if there is emerging new advice, it would be wrong to rule out even looking at that.

“In that spirit, I agree to have a further meeting with the spokesperson for the Opposition to do that.”

Commonspace understands the RMT are also seeking an invitation to the talks, where the latest legal advice will be discussed.