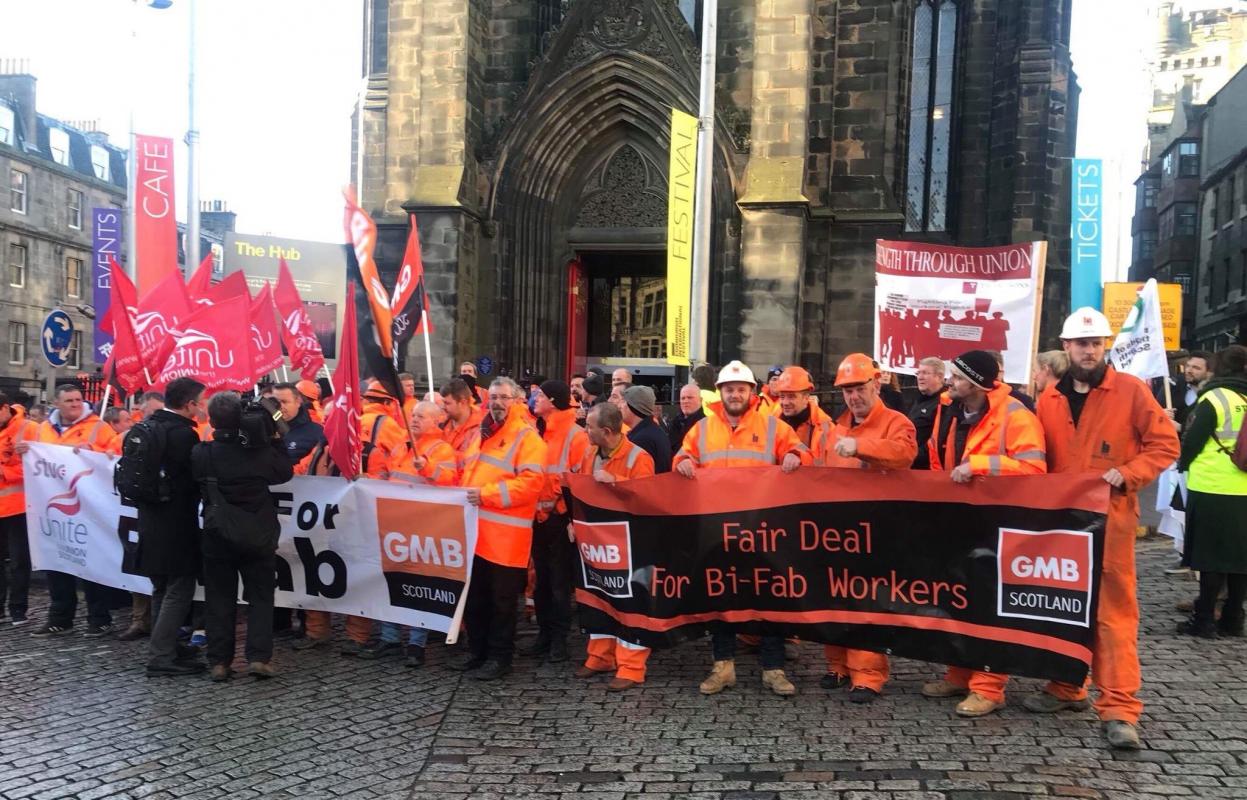 An estimated 1000 people joined the march in Edinburgh, organised by GMB and Unite the Union

BURNTISLAND FABRICATIONS LTD (BiFab), an engineering company which makes equipment for the oil and gas sector as well as the renewable energy industry, has said it may have to close its yards due to contract issues with Dutch-owned contractor, Seaway Heavy Lifting.

Workers from the crisis-hit BiFab yards, organised by GMB and Unite the Union, marched through Edinburgh to the Scottish Parliament on Thursday in a bid to urge the Scottish Government and MSPs to support a quick resolution of the dispute.

The livelihoods of around 1,400 people are dependent on the firm’s survival.

“We will not allow these yards to be closed to become another museum of Scotland’s industry.” Gary Smith, GMB

Speaking with Commonspace outside Holyrood, GMB Scotland secretary Gary Smith said that it was the biggest industrial dispute in a generation: “Politicians told us that renewable energy was the future, today we are calling on them to act to save this industry.

“This is the biggest industrial dispute for a generation and our message is clear – we will not allow these yards to be closed to become another museum of Scotland’s industry.”

Workers at the firm have staged an historic ‘work-in’, occupying the yard to deliver the contract with no certainty about whether they will be paid for the labour.

A BiFab employee said they were working on to show the viability of the yards and the strength of feeling from the workforce: “We will stay at work until the contract is delivered and the issue resolved.

“It is hard, but we must stand together to save the workforce from unemployment.” 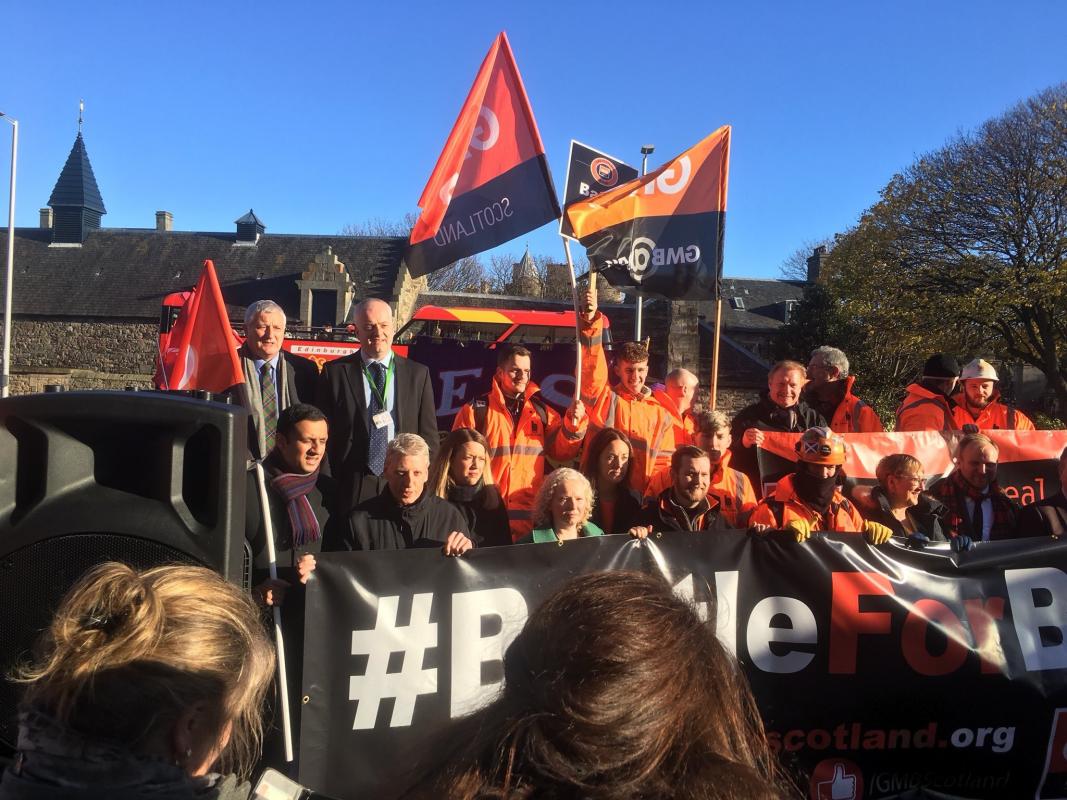 Billy, a welder who has been with the firm since February described their treatment by the employer as “disgusting”: “Those of us on the shop floor have had no communication from management or anyone else in the company, we only know what we do because of the trade unions and the press reports.”

Billy also spoke about the move towards firms relying on agency staff rather than employing the workforce directly: “It’s cheaper to use employment agencies and easier to lay workers off without consideration. We deserve stable employment.”

“Workers at the yard spend money in the local shops and cafes, many of us also rent locally – if we become unemployed we won’t be able to do that.” Brian, BiFab employee

Brian, a gas engineer employed at BiFab for over a year, told Commonspace about the impact yard closures would have on the local economy: “Workers at the yard spend money in the local shops and cafes, many of us also rent locally. If we become unemployed then we won’t be able to do that.”

This message was repeated to Commonspace many times, with protesters saying they were fighting for high quality jobs rather than falling unemployed and relying on welfare payments.

One worker highlighted the historic impact of coal pit closures in Fife, saying that the loss of BiFab could cause similar damage.

Attending the rally 6-year-old Caleb looked on with pride as his dad, James, rallied the crowd in “their fight for high quality jobs”.

Politicians from across the chamber joined protesters outside, but there was some frustration expressed that it was successive politicians who have allowed the industries of Scotland to be eroded to this crisis point throughout history.

First Minister Nicola Sturgeon is to return home early from a UN Climate summit. A spokesperson said the First Minister would be prepared to hold face-to-face talks with BiFab stakeholders to seek a resolution if needed.

The ‘work-in’ will continue next week, when it is hoped progress on a resolution will be made.