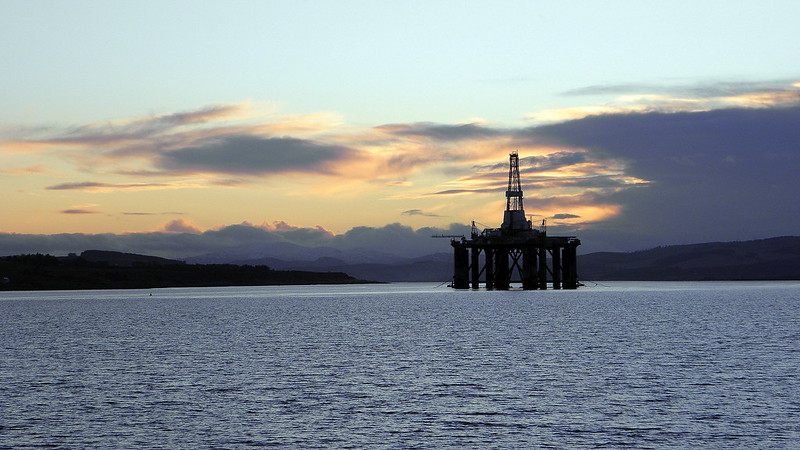 SCOTTISH CAMPAIGNERS are among over 200 organisations in Europe to back a new campaign calling for an end to the fossil fuel industry’s influence in politics.

The launch of the campaign coincides with the publication of new research by the four leading organisations which found that the world’s five biggest oil and gas companies and their lobbyists have spent at least 251 million euros lobbying the EU since 2010.

The campaign calls on the European Commission’s new President and Commissioners, MEPs, and governments to cut fossil fuel interests out of politics, with restrictions similar to those on tobacco industry lobbyists.

Unless action is taken to curtail the industry’s involvement in politics, campaigners say governments will not act in time to avert “catastrophic climate change”.

Scottish organisations Common Weal, the Energy Poverty Research initiative (EPRi) and Scottish Education and Action for Development have signed up to the campaign, arguing that the Scottish Government’s continued support of the coal, oil and gas industries makes their commitment to addressing the climate crisis “dubious”.

Co-founder of the Energy Poverty Research initiative (EPRi) and co-author of The Palgrave Handbook of Managing Fossil Fuels and Energy Transitions Dr Keith Baker commented: “We should be in no doubt that tackling climate change means completely eliminating three major industries – coal, oil and gas – whose global gross domestic product easily runs into trillions of dollars, allowing them to exert huge political influence.

“This means that those industries, and the governments who permit them to operate, must limit the extraction of fossil fuels to, at most, two thirds of oil, half of gas, and under twenty percent of coal from currently available resources. This means a complete global ban on fracking and other forms of unconventional extraction.

“This means enabling the millions of people employed by those industries to transfer their knowledge and skills to developing and deploying non-fossil fuel technologies, creating millions more new jobs in renewable and low carbon energy industries, and training the workers we will need to fill them.”

The campaign, which is being led internationally by Friends of the Earth Europe, Corporate Europe Observatory, Food and Water Europe, and Greenpeace, has four key demands of political institutions:

Dr Daniel Winterstein of Scottish Education and Action for Development (SEAD) said: “It is urgent we take action as a society on the climate emergency, and I welcome the speeches on this from Scotland’s politicians.

READ MORE: Environmentalists hit back at Sturgeon’s refusal to withdraw support for oil and gas sector

“But action will always be undermined if they take sponsorship and accept lobbying from industries. They wouldn’t accept money from a tobacco firm, yet they continue to take it from companies who threaten even more lives.

“If a politician cannot say no to coal, oil, [or] gas money, and if they continue to meet with fossil fuel lobbyists – then their sincerity looks dubious. We need to stand up to the fossil fuel lobby to put an end to dirty energy – and the dirty politics around it.”

These lobbyists have held 327 high level meetings with top European Commission officials since European Commission President Jean-Claude Juncker took office in 2014. That is the equivalent of more than one meeting per week to influence EU climate and energy decision-making.

The data was obtained from companies’ declarations in the EU’s lobby transparency register and European Commissioners’ published calendars of meetings.

The research suggests that fossil fuel industry lobbyists in Brussels and national capitals have succeeded in delaying, weakening, and sabotaging EU action on the climate emergency. For example, targets on renewable energy, energy efficiency and greenhouse gas targets have been weakened, while lucrative fossil fuel subsidies have been secured.

The fossil fuel industry’s lobbying efforts have helped contribute to the top five oil and gas companies’ $82 billion in profits last year, according to the investigation. Those same companies were responsible for 7.4 per cent of global greenhouse gas emissions between 1988 and 2015.

Director of Common Weal Robin McAlpine commented: “According to Scotland’s leading politicians, we’re living in the age of the ‘climate emergency’.

“It would be great if they started acting like it. If we’re going to be serious about decarbonising our country before a rapidly looming deadline then we need to be sure that our politicians are acting in the interests of all of us, not just the small lobby of climate delayers who got us into this mess.

“Common Weal is about to publish a blueprint showing what Scotland needs to do to build a Green New Deal. I can say right now that it won’t be done by allowing the fossil fuel industry to keep lobbying our elected officials to let them pump every last drop of oil and burn every last nugget of coal.

“If we do, we’ll improve the lives of this generation and many to come.”

Pictures courtesy of IrenicRhonda and Friends of the Earth Europe