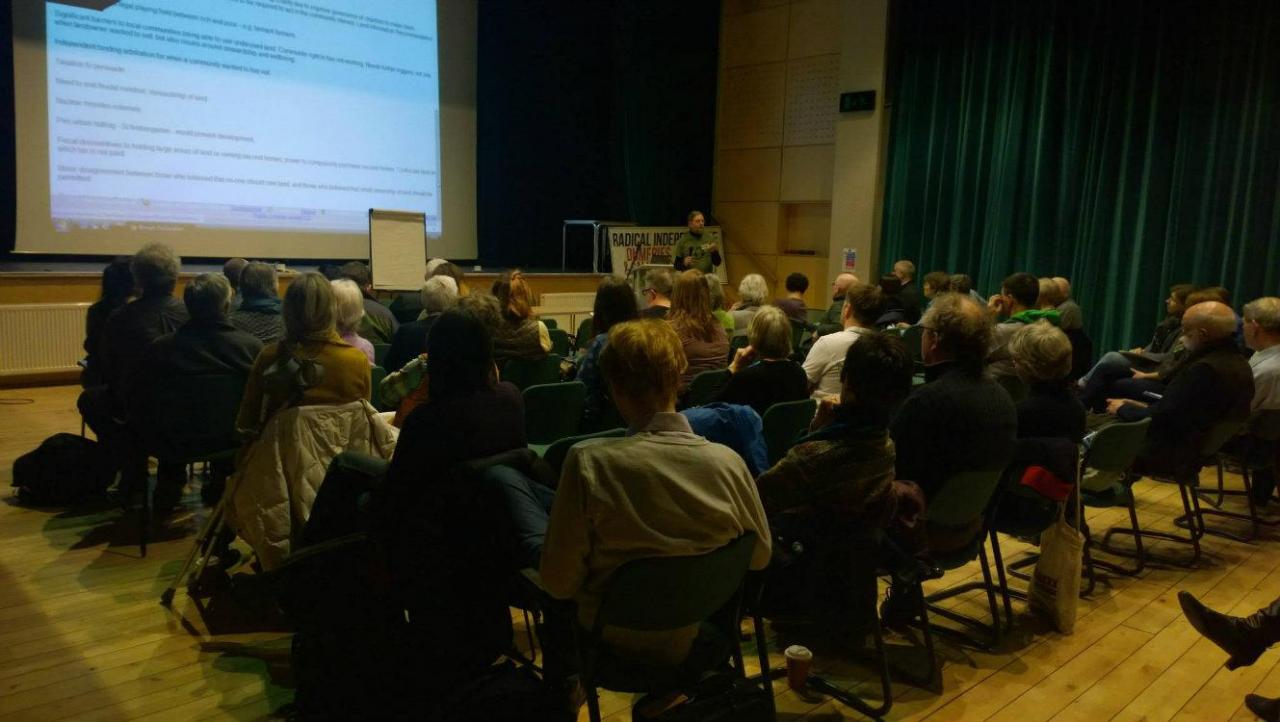 THE owners of Scotland’s largest estates have expressed “extreme concerns” at the prospect of Scottish government land reform measures.

Scottish Land and Estates (SLE), following its submission to the ongoing consultation on land reform, faces a campaign in favour of improving access to land ownership.

In a press release today the land owners group said it is “extremely concerned about the proposal for Ministers to intervene if a landowner is seen to be a barrier to sustainable development simply because of the scale of ownership”. SLE added that this risks infringing the human rights of private estate owners. They also criticised proposals for deer and grouse shooting to be covered by non-domestic tax rates.

This statement on behalf of large land owners follows an increase in land reform activism. A conference held at Birnam in Perthshire on 24 January brought together campaigners and researchers who say current plans for land reform do not go far enough.

Conference organiser Simon Brooke said: “It’s peely-wally. [the proposals so far] We need to end the big estates. Three quarters of Scotland is owned by just about 1,000 folk. That is just utterly shocking.”

“If you limited each of the big estates to four square miles each you would free up enough land for 250,000 new crofts. That’s enough for half a million people who could settle in Scotland and that changes people’s relationship with the land completely.”

Attendees worked through a broad range of land reform issues to create a policy document for campaign groups across Scotland. Issues included the current concentration of land ownership, rural depopulation and land taxation.

Felicity Martin from Comrie explained challenges in her community relating to land. “I think the referendum has fired people up to the democratic process and that’s now generated a lot more interest in the land reform consultation than there would have been otherwise,” she said.

“I’m interested in access for walking, both for locals and tourists. The route between Comrie and Crief has been designated a core path [an important access point] and there is potentially funding to do it up, but the land owners are resisting doing it up. The council are at a disadvantage as they know there is more money against them to buy legal advice and obstruct generally.”

Lucy Brown, a land campaigner from Galloway, believes that reform events are crucial for political change: “There was so much expertise in the room, people who have been involved in community land buyouts, lawyers, economists and civil servants. I hope that rural Scotland has a future. It should be place where people live and work. We need to be far more radical than the government.”

Rosie Hopkins attended the conference to develop a wider interest in land policy. She said: “I know very little about land reform. I’ve been educated, inspired and encouraged – and also a bit overwhelmed. We’re basically ignorant on the issue. I didn’t know how disenfranchised some tenant farmers are for instance. Redistribution of wealth is the main thing for me. Something drastic needs to be done and urgently. It also needs a long-term strategy, working on through and not giving up.”

The Scottish government land reform consultation closes on 10 February before a bill is introduced to parliament after the general election.