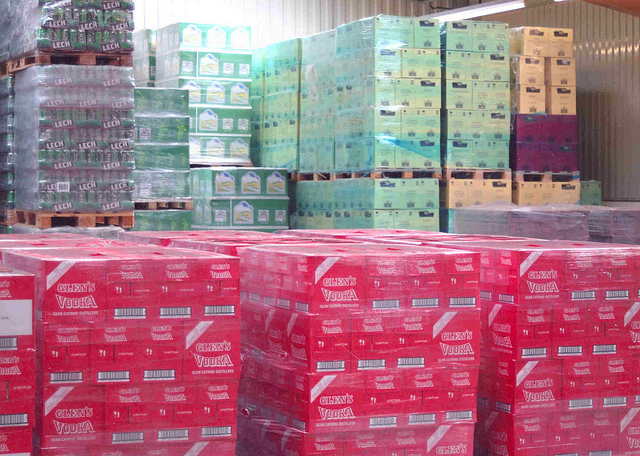 WHAT’S the story? On Friday 6 July at the Prime Minister’s Chequers official residence, now former Foreign Secretary Boris Johnson described Theresa May’s Brexit Customs plan as a turd – and he is right. Notwithstanding that it is impossible to polish a turd, Johnson is correct but not for the xenophobic reasons he believes.

After 30 years with HM Customs & Excise (1977-2007) followed by worldwide Customs experience as an international consultant, my thoughts on the Tories Customs proposals are as follows.

What is Customs for in relation to government policy and law? In short, to collect and protect the revenue. In 2016/17, the Customs staff of HM Revenue & Customs (HMRC) collected £230 billion from VAT, Corporation Tax, Oil, Alcohol and Tobacco, all of which are collectively known as Indirect Taxes, accounting for approximately 40 per cent of total UK government revenues.

The other 60 per cent is known as Direct Tax, such as income tax, collected by the “inland revenue” section of HMRC.

This article focuses on the Customs aspects. Where do the Customs revenues raised go? Well, that’s down to the government of the day. If Westminster chooses to buy nuclear weapons rather than invest in our NHS and our education systems then that’s what takes place.

So, is our Customs service currently effective and how will it cope with Tory plans to protect revenues post Brexit?

Currently, HMRC is desperately understaffed, in poor morale and subject to systematic office closures across the UK.  Not a good start.

Remarkably, HMRC doesn’t do borders as they are inland based. The UK Border Force does borders but doesn’t do revenues. Can anyone smell the doo-doo? I shall stop such references at this point on the grounds of decency but readers are advised to have a gas-mask to hand as they continue.

How can Westminster create an effective, credible Customs strategy to deal with borders issues post-Brexit when there are no Customs officers at airports and ports to enforce the plan they have come up with?

Should the public be bothered at this state of affairs? This articles suggests readers should ask themselves one question: “If Customs collects 40 per cent of government revenue and the whole system crashes, where will the £230 billion, annually, be found to keep our NHS, education, fire and police services going?”

Let’s get into the weeds of this matter. The starting point of appalling Customs governance by Westminster is that UKBF belongs to the Home Office and focuses on immigration, not revenues. The Customs system, and staff, that Theresa May cons people into thinking will man ports and airports to enforce EU type post-Brexit Customs controls does not exist. The Empress has no clothes!

But there are Customs signs at Dover and Glasgow Airport? Aye. But it’s a con. There are no Customs staff there and that has been the case since 2005.

So, if that is the case, which will be evidenced further on, who, and what resources, is May talking about that will enforce her Customs/borders strategy? Frankly, think back to the last days in Hitler’s bunker when he screamed for imaginary non-existent panzer divisions to protect Berlin. Oh, the irony.

Here are the facts. In 2005, in order to facilitate his City of London Tory (red and blue) cronies, Gordon Brown ordered the old HM Customs & Excise to be amalgamated with the old Inland Revenue to become HMRC. At a stroke he removed an effective revenue protecting staff from their duties and away from policing the corporations and the City.  Serving professional Customs officers, who worked at airports and ports, were ordered into the UK Border Agency (UKBA) in 2008. Note that from that point their revenue collection and protection duties were substituted for immigration Home Office tasks – with no one taking over their revenue tasks.

In 2013 UKBA was disbanded as unfit for purpose and the Home Secretary, Theresa May, turned it into the UK Border Force (UKBF). Their focus remains on immigration and not Customs responsibilities as the EU and WCO understand it. Incredibly, just two days ago the Times reported that HMRC staff are being taken from their revenue collection and protection duties to check passports.

Therefore, a further reasonable question would be: “If things are this bad would the EU agree to Tory Brexit Customs proposals with any credible confidence that the Tories will protect reciprocal EU revenues, as they claim?” They would be insane to do so, evidenced by the EU’s own Customs organisation difficulties.

In March this year, Politico.eu reported: “Brussels demands UK pay 2.7 billion Euros in lost Customs duties. Customs fraud is a massive embarrassment to the UK seeks to cast itself as a reliable partner in EU trade talks.”

The EU Anti-Fraud Office (OLAF) provided HMRC with accurate, exploitable intelligence that massive import fraud was taking place in Felixstowe and Dover during 2014 to 2016. Under EU law if UK authorities fail to take action to recover EU import taxes, that government becomes liable themselves to pay the lost revenues.

The UK Brexit Customs strategy focuses on frictionless movement of goods based on vehicle registration number (VRN) recognition. What if there is a false VRN plate from Bulgaria or any other EU state? The EU has clearly stated when the UK leaves the Customs Union it loses all access to EU cross-border Customs law enforcement intelligence systems. So, this new UK system is integrated with EU DVLA equivalents to verify VRNs?  No. How would UK know if the VRN is false, or not? They won’t. Further, if a false VRN is identified will UKBF contact their former-EU colleagues to carry out a reciprocal Customs enforcement visit to the smugglers premises? No.

So this hypothetical 40’ container on the back of this truck with the false VRN heading up the M74 contains what exactly? Weapons? Explosives? Drugs? Sex-slaves? Maybe just old fashioned revenue contraband alcohol and cigarettes? The point about the Tory frictionless system is such wagons, ships, containers and aircraft cargo is all to be waved through.

Let’s stick with the revenue contraband. Post-Brexit UK can expect a smuggling tsunami as every EU export will be duty free.

For example, wine, cognac, new cars and new white goods (fridges, freezers, cookers, etc) from France will be exported from there as a legitimate duty-free transaction which requires only an export certificate from a French Customs officer as he waves it bon voyage from the EU into the Channel destined for our new non-EU country.

Irish Whiskey & Guinness and Irish petrol, diesel and oils will similarly hurtle over the border, duty-free, into Northern Ireland.  Unionist gangs and Republican gangs will be in cut-throat competition as they compete to gain the vast profits that Al Capone could only be jealous of as he ran Prohibition bootleg alcohol from Canada into USA in the 1920’s.

Pick any commodity from anywhere in the EU and it will legitimately be entitled to duty free status as it leaves the EU for the UK. This means EU goods will be minimum 20 per cent cheaper than UK goods. Level trading playing field anyone?

Currently, UK traders can reclaim their VAT on EU purchases. They do this on their normal VAT returns in Box two: “VAT due in this period on acquisitions from other EU member states.”

“UK companies will be required to produce cash at the point of import. This will create cash-flow carnage for companies trading with EU.”

Currently, if you or I were VAT registered (known as Traders) and purchase goods in EU then we are allowed to claim back any EU VAT in exactly the same way a Scots trader can reclaim VAT (Input Tax) from a Welsh trader. Beautiful. Simple. What happens post-Brexit? There is nothing in any current UK proposals that replaces this. Simplistically, UK companies will be required to produce cash at the point of import. This will create cash-flow carnage for companies trading with EU. There is no replacement system proposed by EU because it’s not them leaving the Customs Union.

At this point, it’s worth reminding ourselves why the multi-millionaire Tory cabinet have decided on Brexit. The EU are about to enact Tax Avoidance legislation in 2019 whilst about to invest 35 billion Euros between 2021 and 2027 on Integrated Border Management. This is anathema to the red and blue Tory 1 per cent as it may compel them to pay revenues due. Remember, for a Tory, tax is bad.

The EU fully recognises the importance of raising revenues for society and protecting those revenues for the collective benefit of our health systems, education and pensions.

In 2014, a Tax Research UK policy paper evidenced an annual UK tax gap of £120 billion. That is, revenues identified (including cross-border Customs) but uncollected and therefore lost to our society. This chaos is pre-Brexit. What Theresa May and her millionaire cronies are going to purposely allow to happen is horrendous. Their Customs “strategy” may be seen as a ridiculous strawman proposal which they know the EU will be compelled to reject allowing them to achieve the Hard Brexit they have always planned for by blaming ‘EU Bad’.