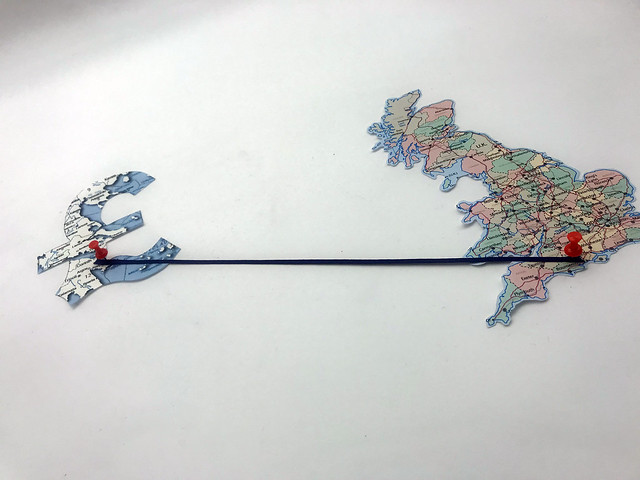 Bill Austin, Customs expert with 25 years experience and delegate to this weekend’s SNP spring conference, argues that closing the UK’s huge tax gap is a huge opportunity of independence – one that is totally absent from the Growth Commission report

SURELY the Growth Commission should provide evidence that Scots will be richer with independence? This article will evidence how that can be done through a professional iScotland Customs & Excise dedicated to raising up to 60 per cent of national revenue. The  GC report fails to address this strategically crucial aspect of national growth.

An independent Scotland must aspire to build a state-of-the-art Customs & Excise Division if it is serious about raising tax revenue, defending our tax base and closing the tax gap. We must aim for world Top Five status.

The Growth Commission does very little to specify or support the aspirations of any of these.

“B10.1 In this section we consider, only briefly, the strategy behind the taxation system and the principles that underpin it. It is not a core requirement of this Commission’s work but some principles should, we recommend, assist the direction of further work and policy decisions from the Scottish Government.”

Why are iScotland’s tax revenues, tax base and eliminating the “Tax Gap” not a core requirement of “Growth”? How is iScotland to grow our revenues in order to fund our NHS, Education, Pensions and million-and-one other issues that the full fiscal levers of power will allow us freedom to achieve? Isn’t that one of the main drivers in our bid to self-determination? Isn’t it odd that an opportunity to inspire our “No” voters that we shall all be better off as a result, has been missed?

Maybe it’s because this document has been raised by those steeped in the dry, austere methods of IMF and the World Bank. Invest Bank – tick. Figures on GDP and Deficit – tick. Lending – tick. Fiscal Institutions- tick, etc etc.

Sterlingisation for humpty-dumpty years – tick…oh wait…that one is to protect the City and its investors who will be more than happy with the GC report. Sterlingisation is for London City fat-cats benefit, not ours. “Annual Solidarity Payment” of £5bn a year – tick. Another City lifebelt which means iScotlands first £5 billion of tax revenues raised annually is sent to post-Brexit London. Everyone happy with this?

As an international Customs Tax practitioner, IMF/World Bank national strategies are ten-a-penny. The implementation of raising Revenues is the responsibility of Ministers of Finance, law-makers and their teams of professional Customs officers, income-tax experts and economic advisers. The GC report is severely lacking in the “how-to” building blocks of revenue growth so crucial to the future of our communities.

Pathetically, two of the five “B10” pages regurgitates the famous Adam Smith principles of taxation where a referenced footnote would have sufficed. It would have been better replaced by substantial governmental Direction & Guidance on growth of Tax Revenues.

Further, much is made of the “2013 Fiscal Commission Working Group published “Principles for a Modern and Efficient Tax System in an Independent Scotland.” There is zero mention of Tax growth in this document either: “Let me stress, this paper is not about particular tax rates, reliefs or allowances which should be established in an independent Scotland. These are clearly decisions for the elected governments of an independent Scotland”. [Beveridge, Report Author] Not helpful, but insidious.

So what has the GC report omitted in relation to an iScot professional Customs service within Revenue Scotland dedicated to protecting tax revenue?

Customs primary task is to increase the tax yield through direct facilitation of increasing iScotland’s tax base in order to fund our government and communities.

READ MORE: Analysis: With just days until the vote, a defence of the economics of Sterlingisation has still not come

Customs must be central to protecting society, playing a key part in an independent Scotland’s Defence strategy, especially in terms of securing the integrity of Scotland’s coastal borders.

We must emphasise Customs Inland post-clearance controls. This is modern, smart and effective. Logically, an independent Scotland has no need for a hard-border with England. Not doing so between the Republic of Ireland and Northern Ireland makes it highly unlikely that this policy would materialise in practise.

Let’s deal with these points in order to clarify why they should have been in the GC report.

BORDERS & DEFENCE: Our land border is 18,000km, including all island coastline. Metropolitan France is 3,500km. Our territorial waters extend out to 200 miles. That’s a lot of Customs anti-smuggling patrolling in conjunction with our new navy and coastguard service.  Without a Customs Risk Analysis review alongside a national defence strategy how can we determine what assets, and crucially their costs, will be required to maintain the safety and security of our nation whilst protecting the growth of our revenues? You won’t find the answer in the GC report.

TAX JURISDICTION & LAW: Tap in “Tax Jurisdiction” into the GC report pdf search box. It’ll give you “No Results”. It is essential to understand that Customs revenue collection functions within our tax jurisdiction and not just at Borders.

Currently, UK tax law is written so that nothing is taxable unless the law says it is.  This scenario must be reversed. iScotland must have a written Constitution, including a Tax Base Chapter. We must have clear Scots Tax Acts specifying all of the potential tax base which must be considered taxable unless specifically excepted from charge, “all is in the tax base unless specifically ruled out”.

We must have a purposive approach to tax law (Scots Tax Acts), in support of general anti-avoidance principle. That is to say, if anyone tries to artificially get round the law to secure a tax saving then such steps will be ignored at tax assessment. Such tax law should state why it’s being introduced, what it is meant to achieve and why it is necessary.

For example, if a taxpayer argues something is not taxable it will be for them to prove that case, rather than government. Such radical change will ensure the balance of tax power lies with government and not, currently, with tax avoiders/evaders. Tap into the GC report “tax avoidance or evasion or haven.” Zip, nada, niente.

READ MORE: Bill Austin: How Scotland could approach security as an independent country

A Scots resident/company must be taxable in full on their worldwide income, wealth and bank accounts, after credit for local tax paid. Groups of companies to be taxed where economic facts/activity lie.

Consultation will be required with residents/companies. Grants should be available to those who believe they need to be heard. Not to the tax profession and big business.

It would be wrong to say  the GC re[prt is a tax avoider/evaders Charter. However, how can iScotland have tax growth when zero steps are enshrined in law to ensure fair collection and tools to prevent tax haemorrhage to Crown tax havens?

TAX GAP: The GC report disingenuously suggests this is only £36 billion. “The ‘tax gap’ is the difference between the quantity of tax that should, in theory, be collected by HMRC, against what is actually collected.” Professor Richard Murphy stated, in 2014, that the tax gap is actually £120 billion. This is a national scandal allowed to exist by Whitehall/Westminster. Any iScotland Tax Growth strategy would be hamstrung by failing to eliminate, or seriously reduce, the “Tax Gap.” This would require a funded and resourced front-foot enforcement campaign in order to ensure tax compliance. City slickers will hate this which largely explains its absence from the GC report.

“All income, profits, gains, gifts, wealth, land, sales and other such tax bases must be in the scope to tax unless specifically exempted”. Our tax system should not exist in isolation but to suit overall goals. They must be appraised on the contribution each tax makes in achieving these collective goals.

Tax is about reclaiming money, from income and wealth, that government has spent. £1 from one source of accumulated wealth is identical in economic value to £1 from any other source. Progressive taxation is economically essential. These modern, effective concepts are entirely lacking from the GC report.

REPLICATING THE BROKEN UK TAX AUTHORITIES: The GC report repeats the strategic error of the 2014 SNP “White Paper” by re-creating a dysfunctional mini-Britain UK tax authority. As above, tax law must be overhauled but that must be concurrent with an effective, professional Revenue Scotland which includes a Customs Division and an Inland Revenue Division. This would ensure Tax Growth and protection of our Tax Base. The UK’s broken tax collection system has resulted in the Tax Gap which leaves Scotland £10 billion short.

Spectacularly, the GC report repeats the Theresa May self-created appalling governance catastrophe of Borders belonging to the Home Office, and not the Customs Division of our Treasury.

“B5.19 In addition, there will be smaller costs in: adapting central decision-making components to add to the UK administrations already existing within Scotland for collecting taxes (HMRC and Revenue Scotland)…and creating functions for immigration, borders and homeland security (Home Office).”

“Homeland Security”? This is US-inspired, when their organisation of the same name was created in 2003 when they “disappeared” their Customs service to facilitate their corporations cross-border global movement. Gordon Brown replicated this on behalf of the City in 2005 by getting rid of HM Customs & Excise.

There are no HMRC officers at airports/ports, UKBF is 90 per cent immigration duties, the current Chief import/export IT system is redundant and most HMRC assets have been stripped. The GC report imitates this.

I estimate potential tax revenues missing from the GC report to be:

These innovative taxes, which would increase our national revenues, would be included within a  modern 21st Century tax systems strategy in conjunction with an industrial manufacturing/exports economic strategy.

I have outlined in detail, alongside fellow Customs practitioner Peter Henderson, how such a tax system could be established to facilitate this here.