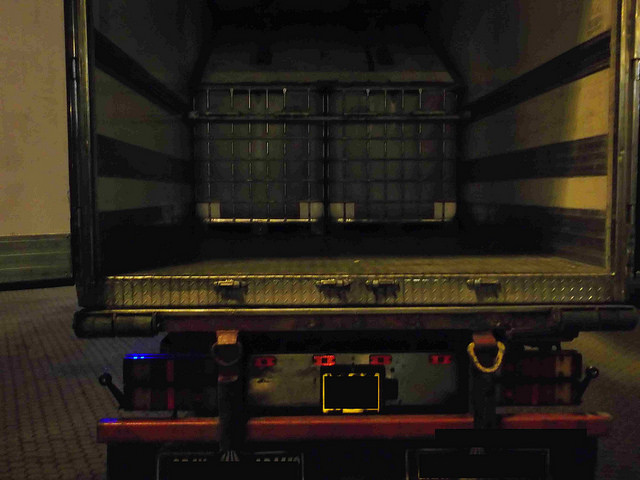 THIS brief perspective on the Westminster governments’ recently released Brexit customs arrangements is based on a 40-year career principally with HM Customs and Excise and, subsequently, as a customs manager across Europe and Africa.

Simplistically, the government’s paper recognises one reality and creates two fantasies: the reality is that the UK becomes a non-EU “third country”, such as Botswana or Samoa, which means paying VAT and having customs and excise revenues due, up front, on a customs declaration for every import into the UK from the EU. This is hard, and my money is on this Brexit reality.

The two fantasies are firstly the notion of a “new customs partnership with the EU”, which would mean leaving the EU customs union but retaining all the benefits – basically having the customs cake and eating it, too.

HM Customs and Excise was malleted by Gordon Brown in 2005 during his banking “light touch” period to facilitate his city cronies.

The second fantasy is that of a “highly streamlined customs arrangement”, which would mean leaving the EU customs union but retaining all of the benefits.

This is an excellent starting point for broadening understanding of the germane issue. Customs is the internationally recognised body of men and women who operate on respective borders in order to collect and protect customs revenues while protecting their respective societies from illegal contraband, drugs, weapons and explosives and counterfeit goods, among other onerous responsibilities.

Except, the UK amalgamated its 100-year-old venerable, professional customs service in 2005 with the Inland Revenue. HM Customs and Excise was malleted by Gordon Brown in 2005 during his banking “light touch” period to facilitate his city cronies.

The customs service consistently referred to in the Westminster document, therefore, no longer exists, despite the fact that customs revenues remain to be collected. To con the public this way is as reprehensible and misleading as keeping customs signs up at airports and ports.

There have been no customs officers at Dover, Heathrow, Glasgow or Edinburgh since 2005. In that time the UK ‘tax gap’, consisting mainly of customs, excise and VAT revenues which are identified but uncollected by government, has scandalously increased year on year to an estimated £120bn today. This Westminster paper will undoubtedly exacerbate the tax gap. This is not good.

The customs service consistently referred to in the Westminster document, therefore, no longer exists, despite the fact that customs revenues remain to be collected.

So who is at the border then? Border Force. This is a vital, fundamental technical point that the trading public should understand. Border Force works for the Home Office as, primarily, its mandated responsibility is immigration.

Theresa May, when home secretary, spawned this organisation in 2012 as a political, rightwing, reactionary, vote-winning, anti-immigration expedient to attract the Ukip intelligentsia vote.

Customs is a HM Treasury issue because the customs tax, and the officers who collect and protect that tax among others, relates to national revenues. This is the internationally accepted norm. Except in the UK.

In March 2017, three written parliamentary questions requested the number of customs officials, by home nation, since 2009. The same reply was received: “This information is not held centrally by the Home Office … could only be obtained at disproportionate cost.” That’s parliament speak for “don’t know” or, perhaps more worryingly, “won’t tell”.

So who is at the border then? Border Force. This is a vital, fundamental technical point that the trading public should understand.

So how many Border Force ‘customs’ staff, in Scotland, are protecting our customs revenues by searching for smugglers and contraband, including weapons and explosives today? Anecdotally, to provide 24/7 cover over 365 days annually, there are as few as 30. It is also believed that they are thoroughly demoralised pension prisoners as former residual employees of HM Customs and Excise.

There is zero mention of staffing and resourcing of customs in the government paper. Does anyone see a wee problem with this? Frankly, it is obscene.

But what of HM Revenue and Customs? Unfortunately for Westminster and the UK trading population, HMRC doesn’t do borders. It is based in a steadily reducing number of tax offices inland, normally many, many miles from being able to influence “reclaiming control of our borders”.

HMRC is ultimately responsible for government customs revenues and controls but this is delegated to its Home Office anti-immigration chums in Border Force.

Anyone reading this and thinking this is demonstrably poor governance with a spectacular focus on governmental dysfunctionality has nailed HMG’s Brexit/customs proposals, the focus of which is on “innovative facilitations”.

HMRC is ultimately responsible for government customs revenues and controls but this is delegated to its Home Office anti-immigration chums in Border Force.

Yes, I know – what does that even mean?

So let’s go with some nitty-gritty, need-to-know issues. Remember indyref and the unionists mantra of “we need to know exactly how independence will be effective”? Well, there’s none of that for the Scots business community which trades with the EU. You’ll have had your Brexit whether you like it or not.

Let’s take VAT, on pages seven and 12, as an example: “The UK would treat trade with the EU as it currently treats trade with non-EU countries. Customs duty and import VAT would be due on EU imports.”

This wee atomic bomb of a revelation means that the well-established EU system of not having to pay VAT at the border is toutes finis, finito, kaputt, possibly even pining for the Norwegian fjords.

EU VAT transactions are currently administered through UK VAT returns via the EU VAT Information Exchange System (VIES). This well-established system means no EU customs border payments. Losing this will have a massive cash-flow impact on Scots businesses having to cough up substantial revenues at places such as Dover and Glasgow Airport before their goods will be released by customs.

Further, there is no explanation in the paper of how a Scots company can reclaim VAT on trading costs and expenditure incurred within EU as a result of legitimate trading there – “… confidence in the successful implementation of the Customs Declaration Service (CDS) – a project that HMRC itself describes as ‘business critical’ – has collapsed,” is a quote from the Treasury Committee, House of Commons report in March 2017.

The government customs paper is a list of desired but realistically unobtainable items. Some will recognise this as the definition of a wish-list.

CDS is work in progress and is meant to replace the current outdated CHIEF system by B-Day 31 March 2019. The Freight Transport Association (FTA) has also raised serious concerns that CDS will be unable to cope with an increased 255 million annual declarations as a result of Brexit.

Why such an increase? Because what used to be a free-flowing EU import won’t be anymore. From this carnage, cui bono? Paragraph 35 has an ultra-Tory agenda tucked away which wants to “reduce the time and costs of complying with customs administrative requirements”, which chimes with wanting all forms of government control removed from profit making, i.e. “self-assessment”, “reduce complexity”, “making simplified procedures easier”, and all of this through “exploring unilateral measures”, which means what exactly?

From a customs viewpoint this is very scary. Is this actually the ultra-Tory plan A to the self-imposed difficulty of instigating an expensive, man-power intensive customs controls, i.e. just get rid?

The consequences will be a drop in national revenue through reduced VAT, customs and excise for the national budget plus reduced import/export controls on prohibitions and restrictions.

If national budget is reduced, what are the consequences for the NHS, pensions and education, for example? Privatisation. Personal health insurance. Reduced state pensions. School and university fees. We head towards being just one more ultra-right American state.

Why? Because the EU can say “non” at any stage.

Simply, the individual citizen will have to pay up for reduced state income. Is this all part of the odious Brexit plan? You decide.

In summary, the government customs paper is a list of desired but realistically unobtainable items. Some will recognise this as the definition of a wish-list. Why? Because the EU can say “non” at any stage.

The EU has an excellent import/export system. Why would it bend it to accommodate abnormal, impaired UK knee jerk paroxysms?