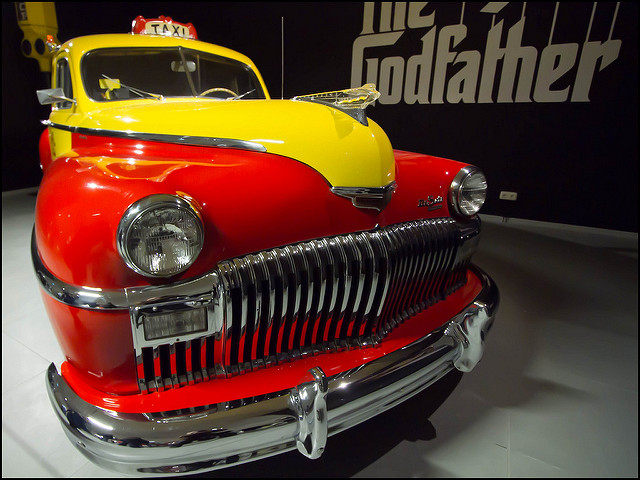 Bill Austin, Customs expert with over 30 years of experience, argues that hard Brexit is winning because Theresa May’s real aim is to create a tax haven off the coast of mainland Europe

HOGMANAY December 2018, London: “Here we are, about to be protected from the EU, free to make our profits without a Vestager, Competition Commission and no Customs & Excise just twenty miles from France! Twenty miles! It’s nothing! Just one small step, looking for a man, or a determined woman,” she laughed as her eyes shone, “who wants to be an effective Prime Minister of Great Britain, and has the cash to make it possible. What I am saying is, we have now what we have always needed, real partnership with the government. Tax exemptions, no import duties and few labour laws. What’s not to like?” The shameless applauded, laughed and cheered.

Godfather II fans will recognise the above, paraphrased scene, as the mafia Capos, Hyman Roth and Don Corleone, delight at having a compliant, corrupt, Cuban government at the beck and call of their corporate illegal profit-making just off the US coast. The fictional scene was based on fact as corporate mobster, Meyer Lansky, had the Cuban government of Batista in his back pocket on 31 December 1958. Fortunately, for the Cuban people Batista lost power which forced the corporations and mafia out. Unfortunately, Scotland is about to become integral to London’s European “Cuba”.

So what’s the story? Theresa May and her billionaire gangsters are extremely close to achieving their aim of hard Brexit. It is the only logical conclusion, in the smoke of current events that the 1 per cent are driving towards their finish line of a utopian compliant, low-tax haven off the coast of Europe. Where’s the evidence for this? As a career Customs officer, I submit the following substantiation for this analysis of the chain of evidence as it relates to Customs & Borders…

READ MORE – Analysis: May survives – 3 things to look out for now

2003. Blair instructs Gordon Brown to eliminate HM Customs & Excise as a first step towards corporate freedom. Blair takes the lead on this matter from reactionary USA which “reorganised” the United States Customs Service out of existence in 2003. Brown, as Chancellor, disappeared HM Customs & Excise by 2005. Why? Both venerable professional organisations, whose ethos was to protect public revenues, were obstacles to corporate globalisation. They had to be removed to facilitate the corporate mafias.

2010. Power is seamlessly handed from Blair’s warmongering red Tories to his blue Tory ally, David Cameron. Blue Tory chancellor George Osborne describes Blair as “the master”. The close relationship with the US establishment is maintained. This crucial point affirms the incestuous London nexus with the Bush family hegemony and their direct immersion with the hawks of their Military Industrial Complex. Crucially, Theresa May is appointed Home Secretary taking control of Borders, through the UK Border Agency (UKBA).

2014. Cameron ensures Scotland remains within London control by winning the independence Referendum with a campaign based on “Vote No to remain in the EU.” Oh, how they enjoyed that one! Having secured their northern borders, including the bountiful oil fields, delighted fellow Etonian and Oxford chums, Boris Johnson and Rees-Mogg, were free to launch Brexit in co-ordination with Nigel Farage and his American backers. Cameron ensured their opportunity by including an EU Referendum pledge in the Tory 2015 manifesto.

READ MORE – Bill Austin: I’ve been in Customs for 30 years and I agree with Boris – May’s Chequers plan is a turd

Let’s credit the corporate mafia, and their conservative disciples on both sides of the Atlantic, with an extremely focused will to bring about hard Brexit. The Prussian military master strategist, Von Clausewitz, observed: “War is…an act of force to compel our enemy to our will.” Brexit is war, to them.

The current Brexit chaos and instability? “War is the realm of uncertainty; three quarters of the factors on which action in war is based are wrapped in a fog of greater or lesser uncertainty. A sensitive and discriminating judgment is called for; a skilled intelligence to scent out the truth.”

Von Clausewitz, again, argues the “gog of War [Brexit]” is to be anticipated and embraced by strategically focusing on the principle “truth” of embarking on war.

Public school and Oxbridge educates you to react better to the madness around you, to manipulate the the contrived mayhem and hysteria, whilst your enemy flounders in a state of paralysed confusion and indecision.

2016. Enter stage right Prime Minister Theresa Mary May. Cameron hands over the Tory baton to a fellow British nationalist formed from English public school and the corporate continuity of Oxford. Funny old thing. Her husband is a corporate millionaire. They met while at Oxford together.

If the Tories had to engineer someone who embodies the public school arrogance within a neo-con, hard, determined Thatcher II frame then Theresa is it. As mentioned above, her borders experience began in 2010 when, as Home Secretary, she was boss of the discredited “unfit for purpose” UKBA which she soon mercilessly scattered to found UK Border Force (UKBF). She is more than aware that UKBF does immigration, not customs. She contrived this to ensure border controls did not interfere with the import and export movements of corporations whilst pandering to her anti-immigration voters.

If there is one person in this hard Brexit who has a firm grasp of Borders and Customs issues its Theresa May. Every straw-man Customs paper produced by this Tory government has been created as a smokescreen to make it appear like the Government is serious about proper Customs controls. Nothing could be further from the truth. May, on behalf of her hard Brexiteers, has never had any intention of having effective Customs controls.

2017. 29 March. Everything you want to know about EU Customs and Borders Brexit position was delivered to the House of Commons Northern Ireland Affairs Committee (NIAC).

The EU position is explicit. No access to the Customs Union without Freedom of Movement of people. This fact has not changed and cannot change without agreement of the 27 EU member states. The EU does not have to change because it is not them leaving the Customs Union. The Tory and DUP Hard Brexiteers fully understand this. In relation to NI, the Brexiteers have zero intention of implementing UK customs controls as they have zip intention of having Customs controls anywhere in the UK.

Corbyn’s pro-Brexit party disingenuously promotes an alternative Customs Union without Freedom of Movement. He clearly believes his voter base is stupid enough to believe this. Brexit has clearly evidenced their gullibility.

In conclusion, is hard Brexit on track? Absolutely. The corporate gangsters are delighted. The House of Commons (HoC) has been marginalised simply by being offered the illusion of being consulted and involved. The latest example is having a “Meaningful Vote” dangled in front of them only to have it hilariously whipped away from them at the last minute.

If there is to be a pretend last minute charade and HoC does what it has threatened and votes against the PMs Deal, what does that leave? No deal. Hard Brexit. And no time to stop it.

Theresa May is playing an absolute hard Brexit blinder. Next time you look at May – does she appear humiliated? Embarrassed? Really? I see an uncompromising, fanatical, callous, brutal Tory who has hard Brexit victory in her grasp.

History will judge the SNPs 2017 strategic General Election decision not to focus on Independence. Hindsight is 20/20. What have they learned? Focus on Independence? All I see is SNP parliamentarians disappearing down Brexit, People’s Vote and votes of No Confidence rabbit holes to the sound of Theresa May’s braying laughter.

Events are currently demonstrating the SNP are firmly drawn into the Brexit Fog of War to the abject delight of the hard Brexiteers. There is zero evidence the SNP leadership are completely and absolutely focused on Independence as their strategic war aim.

Time is fast running out. Independence first for the SNP? EU or EFTA membership must be a secondary issue. Totalitarian Hard Brexit is winning.