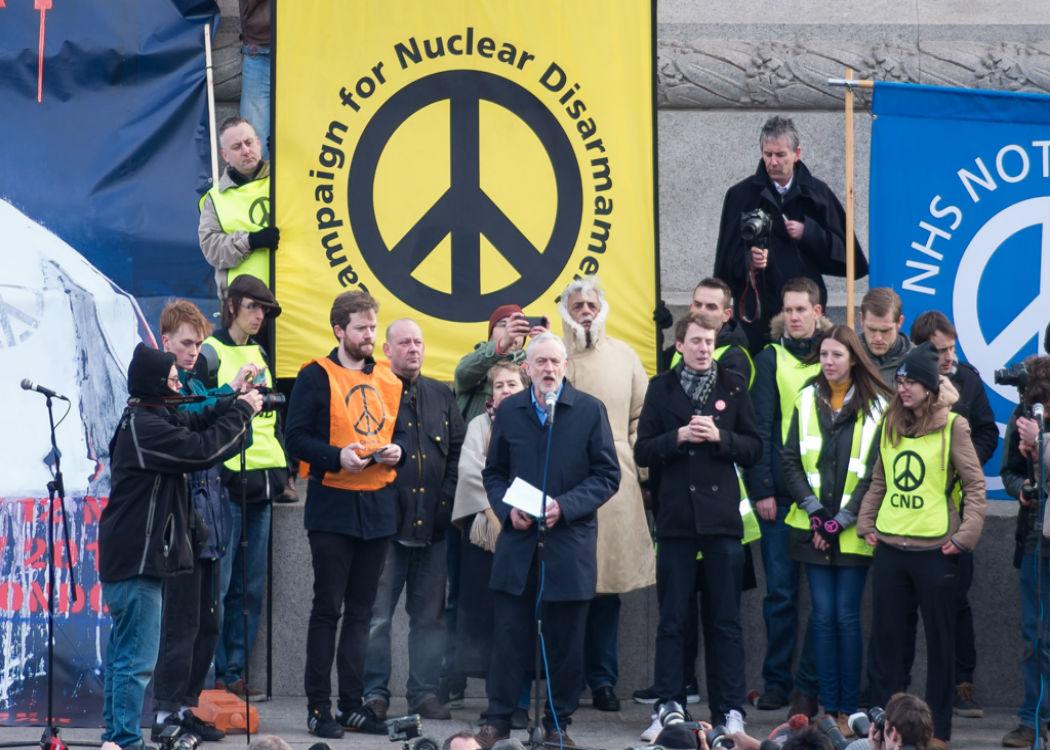 15/04/2016
CommonWeal
SNP CND convener Bill Ramsay says that Paul Mason’s ‘leftwing’ case for Trident nuclear weapons is an argument for a more dangerous world of military escalation and instability
LAST TUESDAY Paul Mason, former economics editor of Channel 4 News, published a short YouTube piece in the Guardian’s Comment is Free section where he argued for the retention of a British bomb – Trident, if necessary, and an upgrade of Trident if really necessary, it seemed.

Albeit, a short piece, it reminded me of that familiar pre referendum tactic, beloved of my party, to ‘park’ policies that were perceived as either vote losers or distractions from a message that had ‘traction’ with the voters.
Paul is entitled, with some justification, to his view that Jeremy Corbyn’s Labour is more than a mere experiment; that it has an outside chance to form the next UK Government.
Unfortunately, though, according to Paul, this only becomes a real prospect if Corbyn embraces Trident. His critics, so the theory goes, will then embrace him.
In his ‘Left Wing Case for Nuclear Weapons’ he correctly references the constant expeditionary warfare mode that has been the cornerstone of every 21st century British Government’s foreign policy and, by referencing the future procurement programme, also correctly concludes that it is to remain so.
He then tries to pull together what appears to be English approximation of current German defence policy. The problem is where Germany has real clout in the shape of the Euro/Deutschmark/Occupation Mark, Britain, or is it England, has no equivalent.
Hence, like Aneurin Bevan after World War II, Mason’s need for a nuclear totem, a 21st century English Tudor codpiece, if you will.
He reckons that the resurgent Russian bear trope is fabric enough to justify a British bomb, that RRB has enough stitching to hold Britain’s nuclear codpiece in place. He is, in my view, wrong, even more so than Bevan was in 1945.

The 21st century resurgent Russian bear’s defence budget is actually only about twice that of Britain and France combined.

The 21st century resurgent Russian bear’s defence budget is actually only about twice that of Britain and France combined. It is relatively small when compared to China’s and dwarfed by that of the USA. Moreover, the RRB has some crucial 21st century geopolitical burdens that its 20th century equivalent did not have to accommodate.
For the Russians, the impact of climate change is already impacting on their defence budget. It is not some future development that needs to be factored in sometime sooner or later, it is with them in the here and now.
Thousands of miles of what was landlocked Arctic or near Arctic coastline is becoming one of the world’s major arterial sea routes due to global warming. For the Russians this requires immediate attention in the shape of new naval and air bases with associated assets and military personnel.
Put simply, Russia’s very, very long border is longer still. Thousands of new miles of sea lane has to be patrolled and has to be protected. The other is the demographic time bomb of population decline generally and its impact on the Russian far east in particular.
Far Eastern Russia is ripe for economic development but lacks a large indigenous population. That is where, literally and metaphorically, the Chinese come in. That economic development may or may not be financed by Chinese capital but it is certainly being undertaken by migrant Chinese citizens who are becoming de facto Russian residents.
Russia’s chances of stemming, even if it wanted to, this demographic inevitability, are no greater than the chances of the Plains Indians of North America in stemming the migratory flow from Eastern USA in the 1860s.

Paul would have us add to Russia’s woes by re-creating a version of the Cold War British Army of the Rhine.

Yet Paul would have us add to Russia’s woes by re-creating a version of the Cold War British Army of the Rhine, this time not configured to defend the Fula Gap, but configured to fight in the approximate latitudes where Napoleon’s Grand Army mustered in 1812 and the Whermacht kicked off Operation Barbarossa in 1941; destabilising stuff to be sure and underpinned by Trident to boot.
Paul qualifies this by a declaration of non use. This declaration is, I suppose, what is meant to make his Trident strategy somehow different , somehow leftwing.
The Russians, funnily enough, tend to measure us by our actions rather than our words. Former US president Ronald Reagan did declare Eastern Europe a Nato-free neutral zone, but we and his successors acted quite differently.
The CommonSpace opinion section is an open platform for anyone who wants to voice their views and does not represent the editorial position of CommonSpace itself. If you’d like to have a piece published, email CommonSpace editor Angela Haggerty at angela@common.scot