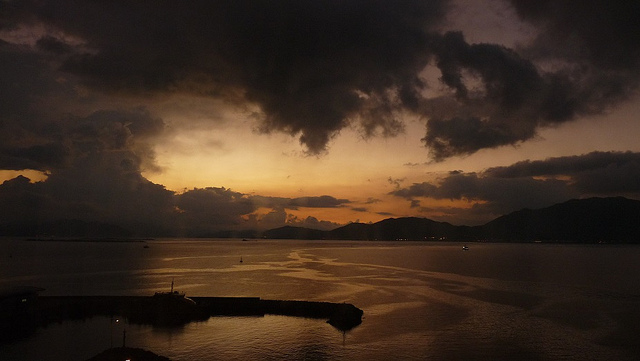 THE closer the Brexit cliff, the more delusional HM Government pronouncements on all matters. Defence Secretary Gavin Williamson’s address to the Royal United Services on Monday on future – post Brexit – British Defence policy was merely the latest in a long line of fantastical statements.

Post Brexit, UK defence policy is, he said, to be based upon a set of principles, though not any old set of principles. According to Williamson, they are to be the principles of wartime Sir Winston Churchill. The vision of a post Brexit Border Force, fighting asylum seekers and refugees on the beaches, I do not find edifying, but there is potential in what Williamson outlined for worse.

Williamson talked about Britain “standing alone”, that this presents the UK with “the greatest opportunity in 50 years” to redefine our role.

The UK is to use “hard power” (that’s bullets and bombs to you and me) to protect our “national interest”, which translates as commercial competitiveness.

This is all apparently legitimate, because post Brexit Britain “in an era of great power competition” – the implication being that on Brexit day the UK re-join’s the ranks of the great powers – Britain “cannot be satisfied with protecting our own back yard” , in the world according to Williamson, in this “new global game we must be prepared to compete”.

More than that , “on occasion (this) may lead us to intervene alone” and our “global presence must be persistent”.

Apparently we are to have two new permanent task forces based abroad, one West of Suez and the other East of Suez, which, according to Williamson, “has nothing to do with leaving the European Union”.

These two task forces (once again quoting Churchill out of context) will allow post Brexit Britain to “develop a reign of terror down enemy coasts”. What Churchill meant and what Williamson is trying to convey are much, much, more than 79 years apart, but space does not allow me to develop that point.

These task forces are to be built around the unproven (Williamson admitted as much) concept of littoral warships. Shallow draft coastal and estuary vessels, they are the 21st century version of late 19th century gunboats. That many in the US Navy now consider such ships as military white elephants is apparently of no consequence.

Our Secretary of State for Defence says that “we will deliver Churchill’s vision for our Royal Navy”.

We won’t. President Eisenhower put paid to that delusion during the Suez Crisis of 1956 and, as I will explain shortly, China will probably put paid to our Governments new found taste for military adventurism in the South China Sea, hopefully with no loss of life. Though it would seem that Williamson is saying this with his eyes wide open, as quite chillingly he did say that “Britain has always sought to take risks”.

When introducing the on the record Q&A session, Professor Malcom Chalmers of RUSI did say that Defence Secretary Williamson’s vision was “refreshing” and he did quote back to Williamson his vision of a renewed British participation in the “Global Great Game”.

Chalmers may have made these references, as moderators often do, to spice up proceedings and help the audience focus on what might be considered relevant questions.  On the other hand, maybe, he was just checking that he had heard Williamson correctly.

Certainly, the Times correspondent did ask Williamson to confirm that the first operational mission of the new Aircraft Carrier the Queen Elizabeth was to sail said carrier “into China’s backyard”. Williamson confirmed this.

In a speech rich in post Brexit delusion this was arguably the worst and most dangerous example of a re-emerging fantastical British-centric view of the world, where the upstart other will be put in his place.

I was immediately reminded of another arrogant far eastern naval adventure gone tragically wrong. In the run up to the fall of Singapore in 1941 it was decided to send a taskforce led by the then new battleship, the Prince of Wales (incidentally the name of our second aircraft carrier) to outflank the Japanese forces bearing down on Singapore.

Some questioned the mission as it would quickly move out of fighter cover range in Singapore. British naval intelligence, so the story goes, concluded that the Japanese fleet air arm pilots had the eyesight of Peter Lorre’s Hollywood detective character, Mr Moto so there was nothing to worry about. I suspect that detail is apocryphal, though the sinking of the Prince of Wales and the Repulse by the Japanese pilots who had already clocked up years of experience subjugating China was not.

This first operational tour of the Queen Elizabeth will almost certainly turn out to be ultimately less dangerous to the lives of our servicemen and women. However, the premise of the mission is culturally no less delusional than the foray of the Prince of Wales in 1941.

Fortunately (though hugely embarrassingly) for our service personnel, most of the F35’s in the Queen Elizabeth’s Air Wing will be supplied and will be flown by United States Marine Corps.  The presence of a Marine Corps Air Wing on board may be a political humiliation dressed up as inter-allied inter-operability, but far more importantly it means that China is very unlikely to respond with missiles and bombs, though it is highly likely it will take the opportunity to show what it is to be a real great power in 2019.

We are, after all, in 2019, not 1941.  The nations and states of the Far East have moved on even if our Ministry of Defence has not. China have other weapons in it’s armoury, notably it’s cyber warfare capability. We know this because Defence Secretary Williamson, in many other speeches on other days and for other reasons, has talked about that capability at length.

Put that fact beside recent stories in the Daily Telegraph, that Royal Navy’s newest, soon to be highest profile warship the Queen Elizabeth’s IT system is none other than, as the Telegraph put it, the  “outdated XP operating system”.

“We can only hope the military stage managers, British, but particularly the Chinse and American stage managers, do their jobs properly because if they don’t this British exercise in delusion could, in the end, end in death.”

Of course, a feature of cyber conflict short of shooting, is an ability to inflict a political humiliation on a potential competitor largely free from the risk of, as the US Department of Defence might put it, kinetic retaliation.

This proposed first tour of the Queen Elizabeth and its escorts is clearly designed to show the globe the flag of post Brexit Britain. It is to take in the Mediterranean, with, no doubt, nostalgic photo ops in Valetta Harbour, the Suez Canal and then on to the Indian Ocean.

The tensions and the drama will be ramped up as the force reaches the South China Sea. A bit of political drama no doubt, but the presence of the marine corps air wing should ensure it doesn’t get out of hand.

Given the US marine corps contingent on board the Queen Elizabeth we can be pretty certain that over the horizon there will be real full-blown carrier strike group courtesy of the US Navy’s Pacific fleet. We can only hope the military stage managers, British, but particularly the Chinse and American stage managers, do their jobs properly because if they don’t this British exercise in delusion could, in the end, end in death.