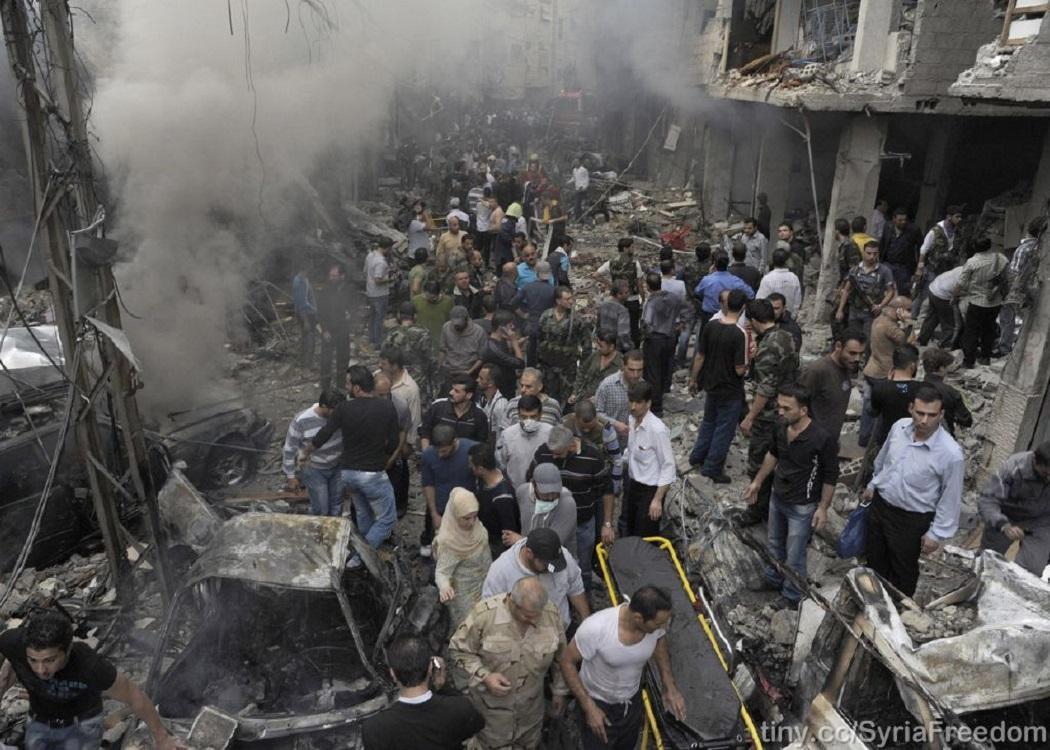 THERE is, in fact, a case for adding a few British bombers to the deadly, complex, competing and therefore contradictory free for all over the skies of Syria.

However, that case has very little to do with keeping the people of the UK safe from violent attack. David Cameron and his Labour allies may use safety and security soundbites but their real agenda is different.

Bombing Syria is variously about catching up or keeping up or keeping in with some of our allies. No one, even the switchers on the Tory benches like the chair of the Foreign Affairs Select Committee, Sir Crispin Blunt, seriously claim adding a handful of bombers will significantly affect military operations in Syria’s skies, far less on the ground.

“The Benefit of the Doubt” – a good title for a future book on Syria like the books on Afghanistan, Iraq and Libya, but is it really a rationale for war?

Sir Crispin says that he has changed his position, that he is prepared to give the prime minster “the benefit of the doubt”.

“The Benefit of the Doubt” – a good title for a future book on Syria like the books on Afghanistan, Iraq and Libya, but is it really a rationale for war?

Not really, as all of the members of the Foreign Affairs Select Committee know well. It’s not about trying to defeat Isil (Islamic State). It’s about Turkish geopolitical sensibilities and aspirations of recapturing, to some extent at least, a sort of Ottoman hegemony in their locality if not their region.

It’s about the usual Saudi and Israeli paranoia over their own self perceived geopolitical fragility. It’s about limiting the other legitimate regional hegemon Iran.

In the language of the SDSR analytical assessment tool itself: Level 1, keep the Turks on side as far as possible and the Iranians as far away as possible; Level 2, placate the Saudis and the Isrealis who increasingly appear to be in geopolitical lock step; Level 3, try to keep our streets safe.

There is a longer term prize to be had in bombing Syria. That prize is about getting the House of Commons back in the habit of bombing, period.

It’s about rebuilding a British identity of self-importance. It’s about trying to close the door on the geopolitical humiliation of the Afghan and in particular, the Iraq experience.

Despite the superficial strategic confusion and discord of the UK political establishment over military aims that no one is serious about, it’s an attempt to rewind the clock to a greater Britain as outlined, as coincidence has it, in the 2015 Strategic Defense and Security Review (SDSR) published earlier in the week.

Much referenced, little read and even less understood, the 2015 SDSR makes it clear to anyone who reads it why our government and whole swathes of the parliamentary Labour party are desperate to get behind the bombing campaign.

In the foreward of the SDSR, Cameron makes it crystal clear that above all else, our armed forces are to be configured to secure economic prosperity. A nod in the direction of safe streets has been forced upon the UK Government by the events in Paris and the rewording of sections of the document jump out.

There is no underlying hidden agenda in the 2015 SDSR: profit up front and unambiguous. It’s there in the first sentence of the prime minister’s foreword and if you doubt it, you will find it in the second sentence of the foreword too.

It’s about rebuilding a British identity of self-importance. It’s about trying to close the door on the geopolitical humiliation of the Afghan and in particular, the Iraq experience.

Where would the UK be without its prestige?