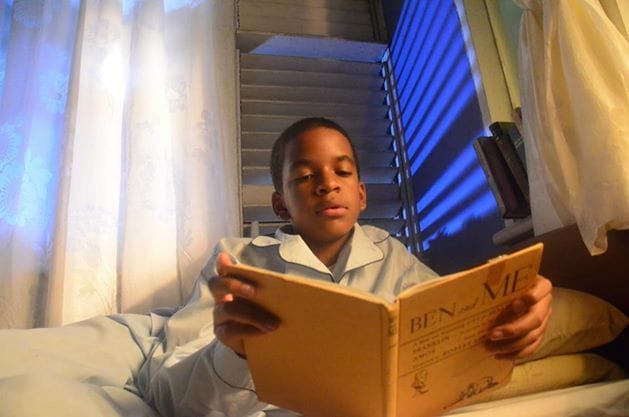 HERO, a biopic about the life of the “RAF’s most decorated West Indian” Ulric Cross, will be screened in Edinburgh to mark Black History Month.

Hosted by new collective Women of Colour Scotland, which was established with the aim of empowering women of African and Caribbean heritage living in Scotland, the screening at Edinburgh’s Cameo cinema on Friday (18 October) is the only planned showing of the film in Scotland.

Charmaine Blaize of Women of Colour Scotland said the group had decided to screen the film in order to open up discussion and inspire young people of colour.

Blaize said: “We want to use this event as part of our work to develop cultural awareness and inclusivity across Scottish communities. It coincides with UK Black History Month activities. However, we recognise that this work is required for every month of the year.

“Our main aims of this film screening are to use the film as a vehicle to change the narrative about who and what success looks like, and to inspire everyone – but particularly young people of colour –  to achieve the greatest and live their lives to their fullest potential regardless of their race, skin colour or ethnicity.”

The film, being shown in selected locations around the UK during October and November, is not only about Cross but about other Caribbean professionals who worked to liberate Africa from colonialism.

Blaize also has a personal connection to the film and its subject matter. She explained: “I, a proud Trinbagonian, became aware that the movie was being screened worldwide. My sister Celeste volunteered to host the screening from personal interest being Trinidadia and our nephew Johnathan Blaize (pictured) is in the movie as the young Ulric Cross.

“Plus the director Frances-Anne Solomon went to the same secondary school. However, that was just an invitation to a much broader and adventurous journey which is one of the messages of the movie Hero.”

Frances-Ann Solomon, who was herself born in England of Trinidadian parents, said of the film: “Beyond the life of Ulric Cross, ultimately it’s about us, about who we are as Caribbean people and citizens of the world.”

The Edinburgh screening of Hero will take place at the Cameo Picturehouse at 6pm on October 18. Tickets can be booked online and 2-for-1 tickets are available by sending one ticket receipt to wocspromos@gmail.com. A range of events are being held in Scotland throughout October to mark Black History Month.