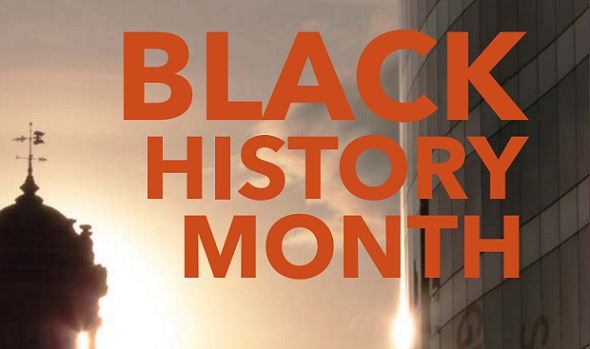 Black History Month organisers tell CommonSpace what it’s all about

THIS OCTOBER will mark the 17th year of Black History Month in Scotland and the packed and vibrant programme is set to bring Scotland’s hidden histories into the open.

Black History Month has been coordinated in Scotland since 2001 by Campaign for Racial Equality (CRER) – formerly Glasgow Anti-Racist Alliance – almost a quarter century after the first Black History Month was launched in London, and 75 years since ‘Negro History Week’ was first established in the USA.

Zandra Yeaman, Community and Campaigns Officer for CRER, told CommonSpace why Black History Month in Scotland is so important.

She said: “We’ve had more than 50 years of racial equality legislation and yet the statistics show that if you’re black and minority ethnic in Scotland, you do not have the same opportunities as your white counterparts.

“It all goes back to that young boy who thought being black was a bad thing, because who are we? What did we achieve?” Zandra Yeaman, CRER

“We think one of the ways to tackle racism in Scotland is to make all black and minority ethnic people an integral part of Scottish society – that’s in political life, social life, economic life. Until we achieve that, then that disparity is always going to exist.

“So Black History Month is an opportunity to focus on the achievements of black people in the past and present. These are the contributions of African, Caribbean and Asian people to Scotland’s history.”

Yeaman recalled a story told by Ansel Wong, who established the UK’s first Black History Month, in which his employee came into work one day and told him that, as she was tucking her son into bed the night before, he had asked her, “mum, why can’t I be white?”.

Yeaman said: “It all goes back to that young boy who thought being black was a bad thing, because who are we? What did we achieve?

“I think Black History Month is another way to say, well actually look at the contributions, look at what’s been achieved.”

Over 50 events will be hosted by a range of organisations throughout the month, primarily in Glasgow, with a number of events in Edinburgh, Dundee, Paisley, and Irvine.

With exhibitions and talks, tours and workshops, theatre and the film, the programme highlights varied aspects of the history of black and ethnic minority people in Scotland.

“It’s about people who have a direct link through slavery, colonialism, migration.” Zandra Yeaman, CRER

In keeping with the original scope of Black History Month in the UK, the history highlighted encompasses all black and Asian people in this country. Yeaman explained: “It’s about people who have a direct link through slavery, colonialism, migration.

“So when we use the term black it’s all-encompassing from a political context. It’s about that shared experience of racial discrimination and oppression.”

The programme highlights historical figures and moments, from Ankhesnefer, an ancient Egyptian woman who ended up in Glasgow, to the history of anti-racist organising and campaigning, and from Henrietta Lacks, the woman whose cells were cultured to create the first human immortal cell line for medical research, to the black minstrelsy in Scotland.

Speaking of the exhibition on the minstrelsy, which will be displayed all month at the Museum of Edinburgh, Yeaman explained how this impacted on the experience of black people in Scotland.

She said: “Frederick Douglass, who was a former enslaved African, the first time he came over to Scotland he was treated very well.

“The second time he came over he was treated completely differently, and this was after the black minstrelsy had been touring around Scotland, so the representation had changed.”

With the words ‘Slavery Made Glasgow’ emblazoned on the programme cover, the month of events aims to put the spotlight squarely on Scotland’s role in the darker side of history.

An exhibition entitled ‘”It Wisnae Us”: The Truth about Glasgow and Slavery’ will be displayed in Glasgow City Champers throughout October, and Dr Michael Morris will give walking tours of George Square on 14 and 21 October, highlighting the 12 statues links to the slavery, abolition and the empire.

“We have to look at the past to understand the structural racism that exists today.” Zandra Yeaman, CRER

“We have to look at the past to understand the structural racism that exists today, and for us it’s a very clear link to that whole empire, colonialism, white ideology.

“One of the reasons looking at Scotland’s links to slavery is important is that that’s when the concept of a hierarchy of race began.”

The month will also include a number of other related events, including CRER’s walking tours in the Merchant City each Sunday and an event exploring Ayrshire’s links to the slave trade in Irvine Townhouse on 24 October.

Yeamon said there was a conscious effort to make the programme strongly Scotland-focused. She said: “We have our own history, so it’s not really looking at America and the civil rights movement.

“There are still major issues in this country with regards to inequality around race, so I don’t think we need to keep looking elsewhere.”

To see the full programme of events and find out how to book tickets, visit the CRER website.