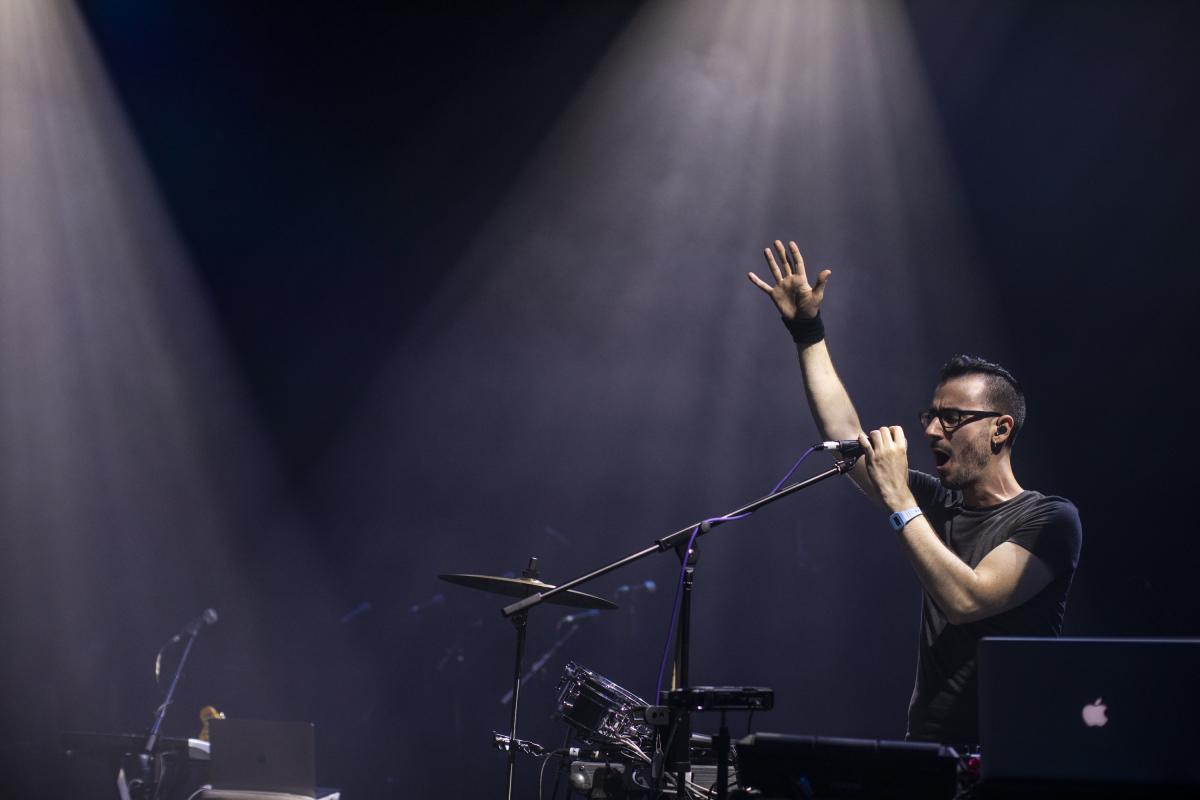 Mental Health is a hot topic at this year’s Edinburgh Fringe – both on and off stage. Rhiannon J Davies spoke to performers and professionals about its impact

It’s that time of year again; when Edinburgh streets throng with excited visitors, while locals flee the city centre, waiting it out until September when it’s safe to return.

This year the Edinburgh fringe website lists 4312 shows of varying quality and covering a staggering range of genres you perhaps never knew existed. While fringe shows might have long centred on personal journeys and emotional explorations, the number of shows that deal with mental health this year (126) is worthy of attention. 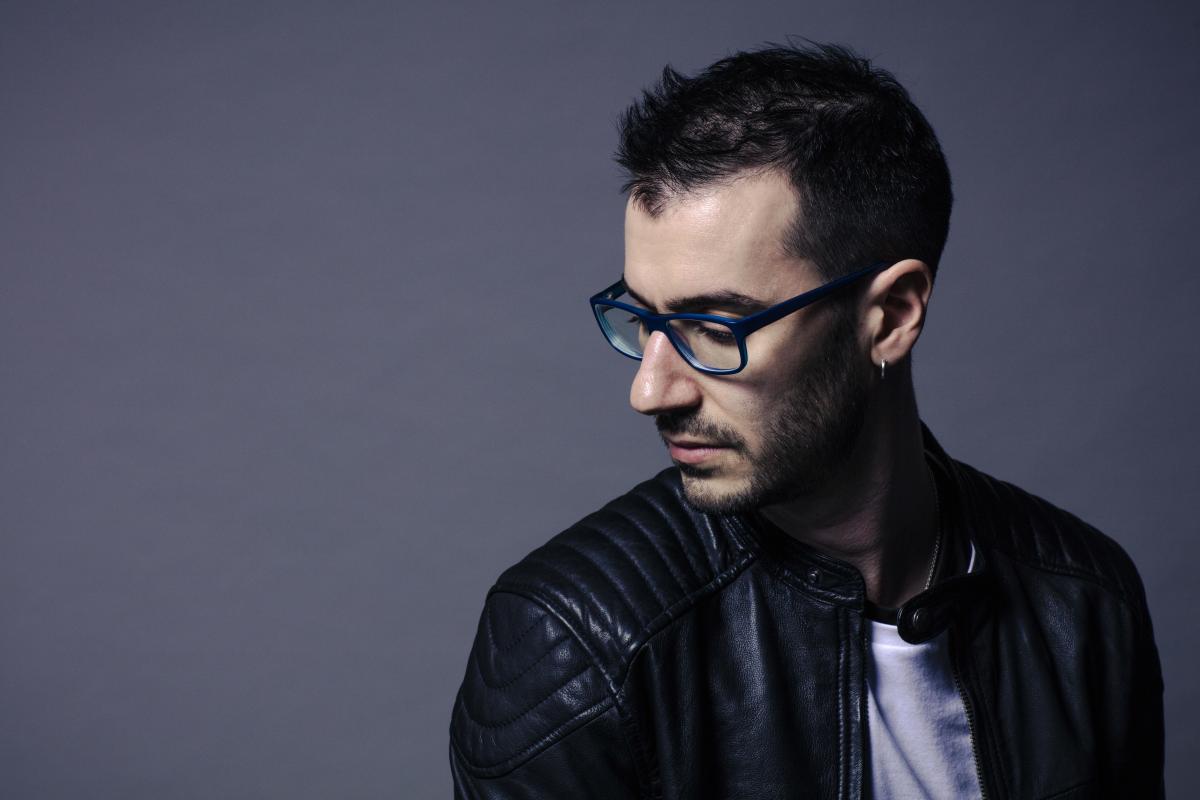 One such show is Surrender, by SK Shlomo (real name Simon Shlomo Kahn), an award-winning performer known for his beatboxing and live-looping skills, who has worked with huge names including Björk, Jarvis Cocker and Imogen Heap.

Surrender takes the audience on a heart-warming journey through his childhood, career and then the impact of mental breakdown, PTSD and depression before coming out the other side through reaching out and speaking to others about what he was going through. While being refreshingly honest about his own mental health, it also manages to be funny, impressive and literally has audience dancing in their seats.

“In terms of depression and PTSD symptoms, it’s really empowering,” Shlomo says when asked about the emotional impact of performing this very personal show night after night. “Any issues I am having aren’t to do with anxiety and depression, but just to do with getting really exhausted.

“I got that on Wednesday last week. I’d only sold four tickets, already done two shows that day. It was raining, but I felt like I needed to be out flyering. I got a message with a review, it was a good review, but I suddenly felt like I couldn’t take another step. The main thing is I felt really lost. The fringe is just really intense. I needed to sit still, but there’s nowhere to do that here.”

Running the gauntlet of the Royal Mile collecting flyers from hopeful performers, it’s hard not to notice the prevalence of themes around mental health. But Khan says it’s more than that. “I feel like lots of people are talking about it, in terms of the fact that performers have mental health too. There’s a really strong awareness around the city – with artists looking out for each other and the fringe organising mental health sessions.”

Some of these sessions are being run by Space To Breathe, a Sheffield-based company invited to offer one-to-one appointments and a drop-in space for fringe performers. They’re here this middle week because it is seen as a key time for looking after people’s wellbeing.

Andrew Freeman from Space To Breathe explains that today [14 August] is unofficially known as ‘Black Wednesday’ because it’s the day right in the middle of the month-long run when people can particularly struggle.

“Quite a lot of performers drop out and incidents have taken place so it’s something the festival as a whole wanted to address,” he says.

Speaking about the fact that so many shows deal with mental health, he says: “Vulnerability is the way we make connections with people, so that ability to be vulnerable about something you’ve gone through helps other people who are experiencing that but also appeals to our humanity.

“The difficulty is you’re exposing yourself about something that’s very personal to you.  But how do you validate that experience? Especially when critics and star reviews are involved. We’re not a nation that’s great at talking about how we feel, but we do laugh at ourselves a lot, and it can be a way to process. But in processing, things can come out – processes of grief or loss or experiences of trauma can ripple on a long time after the event – and can sometimes take us by surprise.”

Freeman explains that performers can get caught out by this but are often then caught in a bind. “What do you do? You have shows booked up, there are expectations of the venue, of your team. There can be a strong compulsions to just keep going.”

Space To Breathe encourages performers to take stock, to consider their options and to find ways to support themselves through the next couple of weeks. 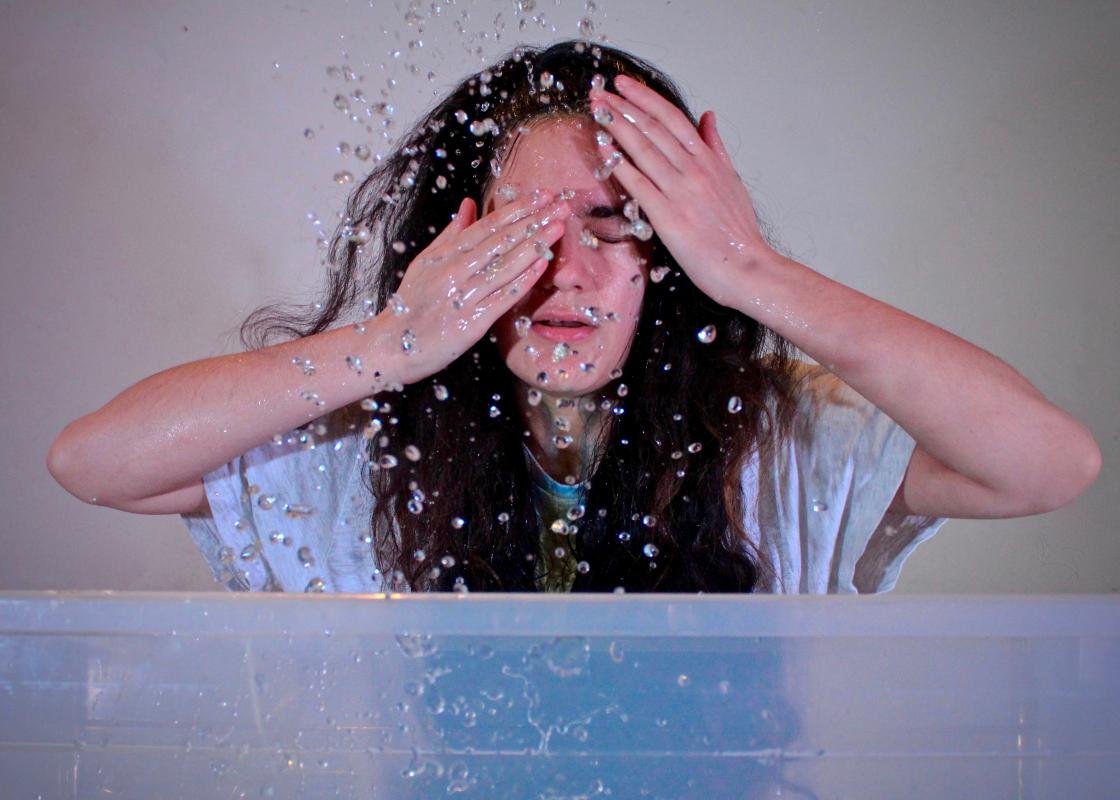 LOVE (Watching Madness) is a solo show written and performed by Isabelle Kabban which investigates the complexities of loving someone with a mental illness – her mum was diagnosed with bipolar in her sixties. She has had a quiet audience today and was heartened to learn that it wasn’t just her experiencing this. However, like Kahn, she says that, for her, it’s not performing the show that is the hardest bit, but instead it’s the sheer exhaustion, especially when trying to sell a show that she’s put so much into.

“I have anxiety – made a bit worse by mum being unwell and people come up to me and say ‘it must be like therapy for you to do this every night’. But, it’s not, I had to go through therapy before I could speak out like this. I couldn’t have done this without counselling. I wouldn’t have done it; it’s not safe.

“When I first started doing this show, I found it hard, going to those darker places. But what’s so amazing about the fringe is you get so many amazing reactions from people straight away after that it snaps you right out of it. For me, it’s been a positive thing. But it’s such an intense hour, it is just you giving everything. Especially as a one-person show – it’s hard.”

However, like others, Kaggan says that she has found support from other performers – there are so many solo shows that performers quickly form bonds and find others to support and be supported by.

Despite, the exhaustion, sharing her personal experiences and reaching a wide audience is something important to her. “My theatre company is called Speak Up Theatre – the idea being that we explore things that go on behind closed doors. When friends used to come over and my mum couldn’t come out of her room, I used to say she was ill. I speak up because there are so many people caring or loving someone with mental health issues who feel that they can’t.”

“Something that was once a bit niche has become quite mainstream.”

He links this to a reduction of stigma around mental health issues but says there remains a generational difference.

“Performers have told me that if you’re handing out flyers for a show about mental health, younger people tend to be much more responsive than older people,” he says. “Something that was once a bit niche has become quite mainstream, people are generally more open in talking about it. It’s become quite a fertile range to explore.”

The variety of shows that deal with mental health certainly confirm that. From ukulele-based songs of #HonestAmy that deals with the mental health impact caused by a cancer diagnosis, to Caroline Horton’s bleak theatre performance exploring depression, and everything in between.

However, Eaton-Lewis worries about the impact these types of shows might have on those performing them night after night for an entire month.

“You can’t stop people finding their own ways to process whatever it is they’re going through. But it does make me worry. You can imagine people looking at shows like Hannah Gadsby’s or Richard Gadd’s that have been very successful and thinking that if you make a show about your own trauma you will be able to tap into that success.

“If you do that, you risk putting yourself in a vulnerable position. I hope that when performers are planning to take a show to the Fringe that makes them vulnerable, they are putting a lot of thought into that decision – and that they have support. Particularly a lot of shows are one person shows – it can be very isolating.”

Kahn agrees that there’s a risk involved with mental health being seen as a hot thing to talk about. “I’ve been desperate to talk about this stuff for such a long time, but it’s better to do it in in a safe space, with professionals rather than in a room full of strangers. I wrote down everything I wanted to say and practiced with loved ones and in therapy.

“You don’t have to share everything – I’m very clear about my own boundaries; I’ve found them. One review suggested that I should share more. But I can’t be more vulnerable without putting myself into a risky place.”

Although he also remembers that when he first started talking about these issues, he found it hard. “The first time I did a show about this, a lot of people wanted to talk about suicide and losing family members. At that time I was panicking that I’d made a massive mistake because I felt I couldn’t hold all this stuff for people. But I did lots of work with a professional – to realise that they’re not asking me to fix it, and it’s not my stuff to hold. Once I learned that, I coped so much better with it.”

There are much wider issues here around access to mental health services in society, something that the fringe can’t address. However, by using the arts to open up conversations about things that often go on behind closed doors, it can play its part in reducing stigma. The fact that mental health remains firmly on the fringe agenda, shows that many people want to talk.

Some of the shows mentioned that deal with mental health issues include:

If you need someone to talk to or are looking for support around mental health issues, see this list of different contacts.