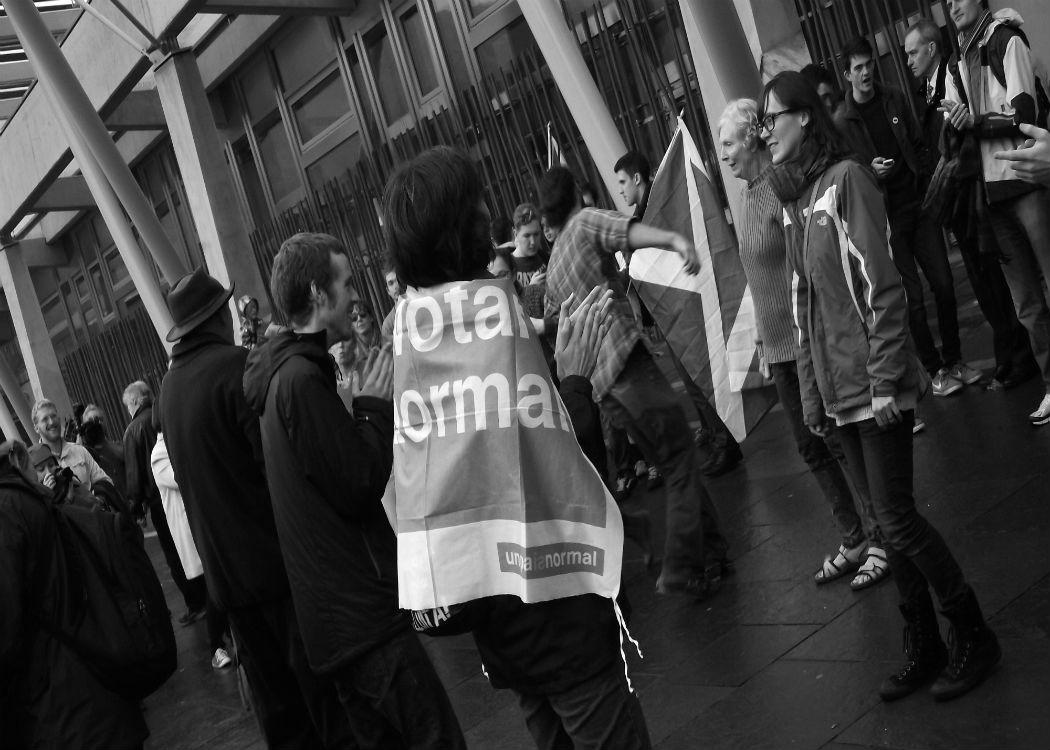 THE FORMER chief executive of Yes Scotland has said that Scotland will most likely become independent after a second referendum in 2021.

In an interview with The Herald , Jenkins said: “I do think it’s highly likely there will be a second referendum and I think it is highly likely Yes will win.”

Pressed to offer a timeframe he said that he did not believe the UK would vote to leave the EU and so the most likely time would be an SNP-led parliament after the next Holyrood term: “If I was guessing, I’d say 2021, round about there,” he said.

Jenkins said that a second independence referendum need not take as long a campaign to win because the “groundwork” had already been done in 2012-2014 campaign: “There would not need to be nearly as long a campaign next time, so the referendum could happen fairly quickly if it were in a winning SNP manifesto.

“It could happen in a much shorter timeframe given all the groundwork has been done this last time,” he said.

The former head of news at both STV and BBC Scotland, who has no political party affiliation, said that he still thought the SNP’s decision to campaign on the basis of a shared currency with the rest of the UK was the correct one.

Though he admitted that the issue of the future of Scottish currency in an independent country was “difficult terrain” for the Yes campaign, he said that a shared pound remained the best option.

“Was there a different position or option that would have secured a higher Yes vote? I’m pretty certain the answer to that is no,” he said

The comments come after remarks by veteran independence campaigner Jim Sillars that the joint currency proposals, which were rejected by the UK government, were “a gift to the No side” and that a second Yes campaign ought to be conducted on the basis of a separate Scottish currency.