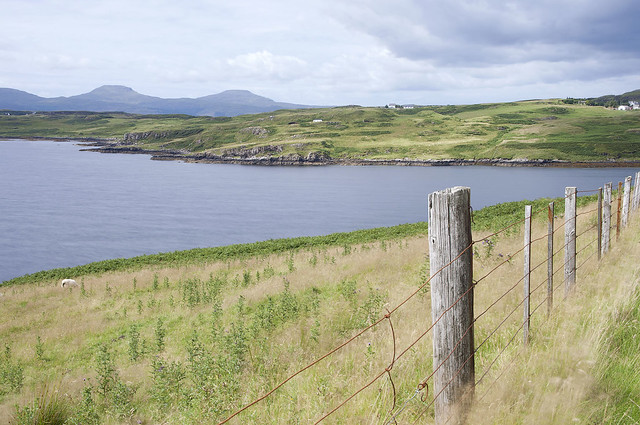 Bob Ingram from Centre for Scottish Constitutional Studies introduces the group’s prospectus for an independent Scotland, a bold plan for how to use the policy levers of independence to transform Scotland’s economy and society

OVER the past couple of years the media has had many letters proclaiming that Scottish Independence was a great idea, but once we have it, no one seemed to know what the New Scotland was going to be like – for us, for our senior citizens, for our bairns.

The Claim of Right of 1989 that proclaimed “the sovereign right of the Scottish people to determine the form of government best suited to their needs” re-affirmed the constitutional principle that we the People are the supreme sovereign authority in Scotland.

In practice this means that we can elect representatives to govern under the People’s authority, in accordance with rules we have agreed to in a written Constitution.

In Scotland, since the power lies with we the People, we have to create the policies and the reins of government. In other words, we have to be clear in our minds now as to what we want and what, more importantly, is achievable – and from all that, elect our politicians to implement these policies.

Seemingly with very few answers anywhere, or from anyone, not to say confusion of ideas and with Independence surely just around the corner, we have prepared ‘The Prospectus for an Independent Scotland’’, setting out what would need to happen right away, and, just as importantly, what we believe would be in our power to create for the betterment of all of us, for the environment and for the Nation.

In just a few pages we have analysed 20 different subjects from the Currency to Pensions, Farming and Fishing to Sport and Leisure. Each topic sets out in two parts “what needs to happen” and, additionally “what we could achieve” – hopefully something for everyone to read through and review.

We start with a Timeline Chart setting out a visual picture of an achievable path from a successful Referendum to Independence … and beyond.

In Chapters 1 and 2 we look at the future governance of Scotland – particularly the importance of a written Constitution. The need to having one is being demonstrated by the bourach that is the Brexit process. The UK does not have a written Constitution and that enables any party with even a minuscule majority to overturn any law.

READ MORE: Foundations for Freedom: A discussion paper on the process for establishing an independent Scotland’s Constitution

A written Constitution holds the government of the day to rules agreed following debate and agreement by, in Scotland’s case, we the People.

We examine what will be required to incorporate the key government institutions that are currently held in London, and how we go about providing a system of local government similar to that practiced in normal self-governing countries.

In Chapter 3 we examine the issues to be resolved during the transition from a Yes vote to Independence Day in preparation for implementation by the Scottish Government during its first term after Independence.

For example, this will include preparations to convert to a domestic currency within the first term of Governance after Independence.  We are not seeking Independence in order to continue with the current corrupted banking system but one driven by what is desirable for all of us rather than what self-interested financiers decide is profitable for them.

It will be for the people to decide when they consult upon the Constitution. They will decide whether Scotland’s currency and finances will be regulated equitably by their own Central Bank or dictated by the City of London and Wall Street.

With the Government as the sole supply of money (cash and credit) issued through the SCB, investing in government infrastructure projects will help keep jobs and value in the local communities.

Scotland currently runs a positive trade balance and this will be boosted when we move to a domestic currency, paying for imports in international monetary units.

We look at introducing Land Value Tax to replace taxes such as Council Tax, and provide increased funding for reformed local government services and drastically lessening the problem of tax evasion.

In Chapter 4 we look at a range of measures to boost the economy, including replacing the current onerous taxation system with a system that is geared specifically around Scotland’s needs.

We examine the topic of trade deals with our neighbours, including an open border, between Scotland and the remainder of the UK, a fishing policy, a Sovereign Wealth Fund similar to Norway’s, expanding our infrastructure and for instance our shipbuilding and a number of others incentives to boost productivity and economic growth.

READ MORE: Bill Austin: Why the Growth Commission indy plan would be a missed opportunity to close the tax gap and raise billions

In Chapters 5 to 12 we examine the need for effective planning, highlighting the need to improve transport links across Scotland but also the need to improve connectivity to most of our island communities with tunnel or bridging links and the establishment of a national energy company, water resource management, measures to manage our land and sea resources for the benefit of the majority rather than at present for the wealthy elites and continued government support to promote inward investment including establishment of Free Trade Zones at entry points into Scotland.

With the SCB being the sole supplier of new money, the Scottish Health Service and our Educational establishments would be funded fit-for-purpose, a realistic national living wage could be put into practice, a policy to provide an adequate stock of social housing could be instigated, and plans to increase incomes and numbers from tourism would be set up.

In Chapter 13 we look at protection of our current pensions with plans to raise pension levels to European standards and safeguarding pension contracts with foreign countries.

In Chapter 14 we look at the housing situation and how to effectively provide an adequate and much-needed stock of lower cost housing.

In Chapters 16 and 17 we examine the costs and policies for a fit-for-purpose conventional Scottish Defence Force and proposals for a Foreign Policy.

In Chapter 18 we examine the controversial issue of immigration and emigration issues geared to specifically addressing Scottish national needs.

In addition to the issues raised in our other Chapters, we also include a range of relevant references for those who seek further in-depth information.

This is your introduction to ‘The Prospectus for an Independent Scotland’ that can be read at www.scottishconstitution.scot.  Please do read and share it with friends.

Any comments, disagreeing or approving, will be most welcome. Please write to info@scottishconstitution.scot.